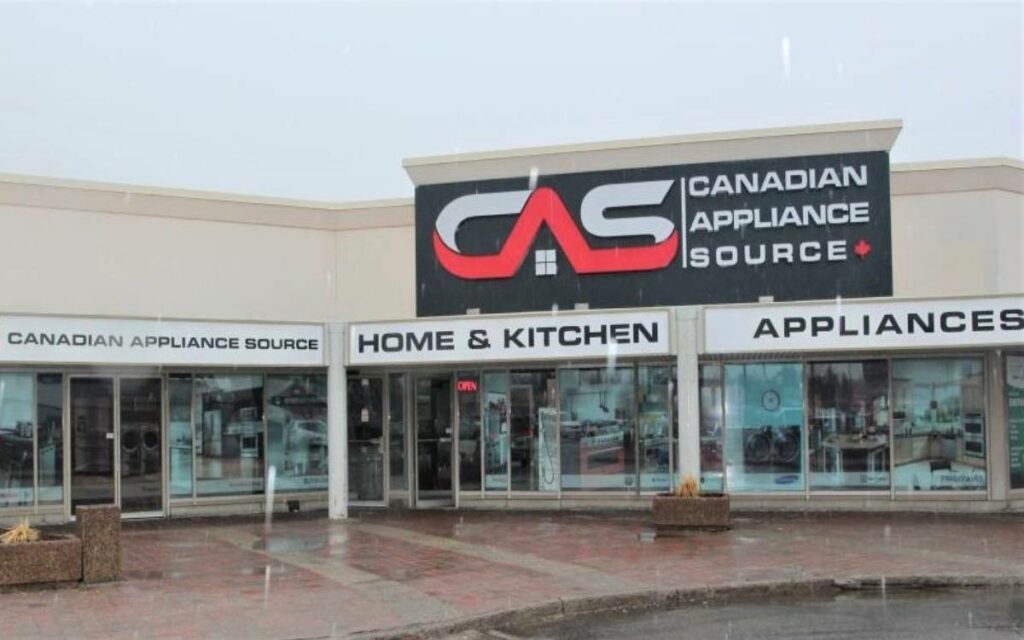 Canadian Appliance Source is one of a few companies challenging the pandemic lockdown rules.

To no one’s surprise, least of all mine, the latest COVID-19 battleground to take shape isn’t in the halls of Canada’s hospitals, it’s in the corridors of justice.

Canadian Appliance Source, the Toronto International Celebration Church (TICC) and now one of the oldest of Canadian institutions – the Hudson’s Bay Company – is going to court to challenge pandemic lock-down rules.

The essence of the complaints to government lay in Section One of the Canadian Charter of Rights and Freedoms – though not all of these claims are charter challenges.

Of course everyone with a fine collection of tinfoil hats would challenge that statement. But this pandemic had already killed one million people worldwide by September and that was before the second wave.

Anyone who has studied court rulings regarding Section One will tell you justices are reticent to prevent government from enacting public policy. The simple reason is the separation engrained at the heart of the Canadian constitution.

The essential argument being governments were elected by the people on the basis of policies and therefore need the leeway to enact those policies.

Interference by the courts preventing governments from enacting policies is just as bad as governments interfering with the courts on legal decisions. It is the separation of the judicial and the legislative sides of government and speaks to the core of the Canadian Constitution – peace, order and good government.

Where courts get their dander up is if the policies of a government are enacted in an inconsistent manner or the policies promote inequality.

This is where I believe governments in many Canadian jurisdictions – not just Ontario – are going to have problems. And we have already seen at least one Ontario Supreme Court Justice quantify the issue.

Canadian Appliance Source filed with the court to challenge lockdown orders across the GTA on the basis of inequality between it and hardware stores. The argument was they sold many of the same goods yet one was allowed to remain open during the busy Christmas season and one was not.

The appliance giant wanted the Ontario Superior Court to offer interim relief – basically stay the lockdown order – until a full review of the issue and judgement could take place.

Ontario Superior Court Justice Frederick Myers refused to give relief on the basis that he needed to better understand the health concerns of COVID-19 as it relates to the shut down order. However, in his opinion, the Justice did raise several concerns that will no doubt be reiterated throughout the lockdown period.

He went on to ask, “Even if apparently unfair, has the government made a policy choice to favour a small number of very large stores to contain risks while people do necessary shopping? If the applicant’s stores stay open, does that have a cascading effect on others or undermine the containment effort?”

Justice Myers – in making his decision – took into account the losses being suffered by small business writing; “As sensitive as I am to the potential losses being suffered by the applicant (and others including small businesses who can ill-afford yet further losses in this horrible year) at this stage of the proceeding, I am of the view public interest must be paramount.”

On Tuesday Canadian Appliance Source was back before the court and its argument seemed to focus on changing the classification of the retailer to “hardware store” and thereby allowing it to remain open.

In this the applicant may very well be able to stay operating, though this time Justice Paul Perrell reserved his judgement.

By making the application focus on reclassification, Canadian Appliance Source may have helped the Ontario government dodge a bullet. If the case had gone forward with the questions Justice Myers raised then proof may have been sought to show small retailers – any small retailers – pose a greater risk to public health than the big box stores.

We all have opinions on that question and most people I have spoken to have trouble grasping how a Costco with huge lineups and lots of things for customers to touch can be safer than a small, one or two customer, book store.

And the question some enterprising lawyer will ask the courts to determine is, if a public policy decision to protect health can be made without the science and proof to back it up, doesn’t that policy violate section one of the Charter of Rights and Freedoms?

I would suspect the courts would continue to reserve judgement on such a question, as they do not want to willingly wade into pandemic policy. Hopefully, the vaccine will be available soon, the numbers will drop and the curve will be flattened, allowing all of us to get back to a normal.

For governments that shut down one business in favour of another the legal challenge curve is just beginning to spike. As more and more businesses fail and more and more go bankrupt, a class action suit challenging government on the proof of its decisions is more and more likely.

This isn’t to say the choices governments have made across Canada haven’t been for the right reasons, but it is to say Premier Doug Ford is right when he said his regulations are “100 per cent… not fair.”

That statement will in all likelihood come back to haunt the Premier – the Hudson Bay Company launched a lawsuit this week recounting Mr. Ford’s very words.