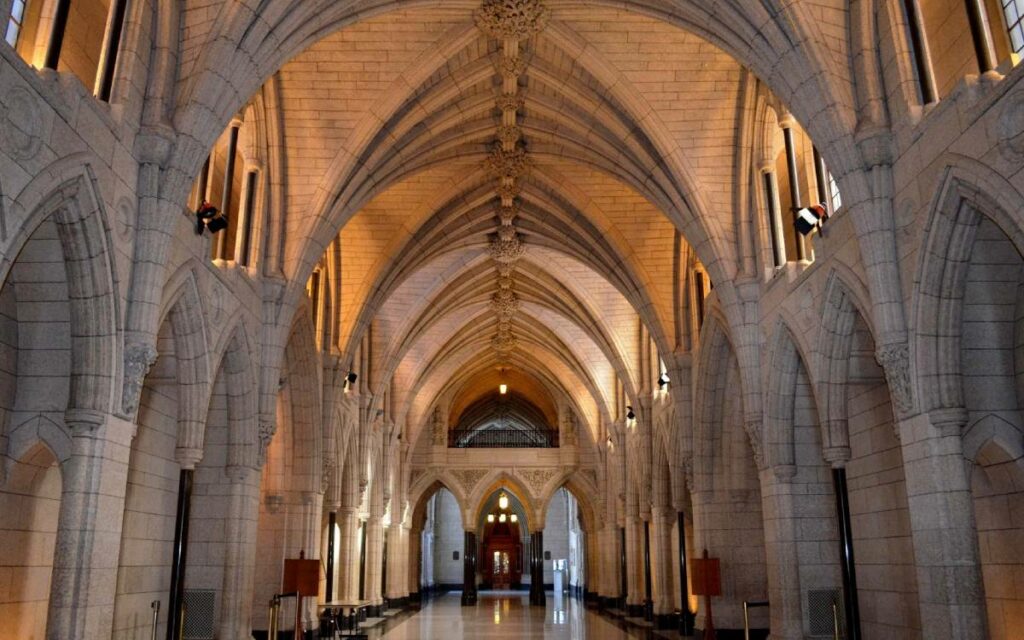 In no particular order, here are the remaining “Top Ten” federal political stories that mattered the most to Canadians in 2020.

Of all the political headlines from Ottawa in 2020, the most intriguing was the WE Charity scandal that enveloped the Prime Minister, Finance Minister and a good number of Cabinet ministers. This news item was the most personally damaging for the Prime Minister because it directly involved hefty payments and favours to the Trudeau family members. There are many questions about the near billion dollar contract that was to be awarded to the Kielburger brothers. What of the $43.5 million in administration fees; the hundreds of thousands in payments to mother Margaret, wife Sophie and brother Alexandre; the Cabinet circumventing its due diligence in bypassing Treasury Board; and, Minister Bardish Chagger purposely misleading MPs on the Ethics Committee about her part in fast-tracking the contract? And what of the $45 million worth of real estate assets the Kielburgers acquired through their charity operations – are these holdings subject to a CRA audit now that the charity has closed its doors in Canada?

Liberal MPs have effectively shut down all parliamentary inquiries, and succeeded to delay matters long enough for both WE and government officials to destroy all records of their dealings. The only remaining little detail that may concern Trudeau is the final report of the Ethics Commissioner. That report will determine the ethical breaches of the PM and Finance Minister Bill Morneau (recall they did not recuse themselves from the Cabinet approval of WE Charity’s $912 million contract, even though both of their families had pecuniary interests with the charity). As it happened, the Finance Minister used this shameful experience to fall on his sword and exit Ottawa. However, the PM seems sure he will survive yet another assessment of his ethical standards.

The two Michaels and Canada’s relations with Communist China

It has been over two full years since former Canadian diplomat Michael Kovrig and Canadian entrepreneur Michael Spavor were imprisoned in China on unspecified national security charges of espionage. For most of this time, the two Michaels hopelessly languished in crowded prison cells, cut off from family and friends. Though never candidly stated, it is understood their arrest was payback for the Canadian arrest of Huawei Technologies Chief Financial Officer Meng Wanzhou on a U.S. warrant.

What should have produced a chill in Canada-China relations has not appeared to have phased the Trudeau Government’s working relationship with the Communist China Government. Throughout the year, Trudeau and his Ministers have stood with the communist regime: denying any questionable activities by China or the World Health Organization with regard to the origin of COVID-19 and the virus spread; refusing to restrict air travel from China; being the only western nation to not ban Huawei in developing the country’s 5G wireless network; and awarding a Chinese firm a major contract to install security screening in Canadian embassies. The most alarming news was just uncovered with the discovery that our Canadian Forces have held joint military exercises with China’s People’s Liberation Army (PLA) at Base Petawawa. Our Canadian Forces were training the PLA in winter warfare tactics – maneuvers that the Chinese can employ in the snowy mountains of the China-India border and in the high Arctic. Through the year it has been “business as usual” irrespective of the two Michaels’ fate.

Canadians’ preoccupation with everything Trump

This year Canadians have been treated to a deluge of U.S. election news and, in particular, anti-Trump commentary. Canadian mainstream media captivated its audience covering the vote south of the border as a prize slugfest. And while the Americans were busy exercising their democracy, Canadians remained unaware of the travesties of democracy occurring in the Nation’s Capital. In an erudite column this fall, Sun News columnist Lorrie Goldstein observed, “Meanwhile, in Canada, the Liberals are filibustering the parliamentary committee trying to investigate Trudeau’s We Charity controversy and the parliamentary budget officer rebukes the Trudeau gov’t over spending secrecy. But … Orange Man Bad.” Indeed, POTUS Trump proved a perfect foil for the Trudeau Government. As Goldstein acutely summarized, “Any Canadians sneering at the shit show election in the U.S. aren’t paying attention. Canada has its own circus going on.”

On another level, our national media bias did a great disservice to Canadians: it failed to provide context for what the country might experience in a post-Trumpian world. Only now are we beginning to anticipate what a Biden-presidency will mean for the Canada-U.S. relations… what the Democrat protectionist policies will mean for our cross border trade; the U.S. green recovery agenda and likely cancellation of Keystone XL and Alaska-to-Alberta Railway projects; and, Biden’s anticipated accommodation with China foreign policy and how this will impact world diplomacy and trade. With no Donald Trump headlines, Canadians now have the chance to refocus on the politics of Biden — and our own Prime Minister.

Losing the bid for the UN Security Council seat

It was to have been a crowning moment when PM Justin Trudeau could again crow “Canada is back.” However, the unthought-of happened and the PM failed to secure his coveted seat on the United Nations Security Council. In a vote of U.N. member states, Canada came third in a three-way contest with Norway and Ireland. This was a resounding rebuke for PM Trudeau who inserted himself into the bidding process and placed his personal appeal as a progressive world leader on the line. In the run-up to the vote, Trudeau provided keynote addresses at U.N. conferences, pledged hundreds of millions of dollars to U.N. programs, promised to champion third-world debt relief efforts, and made direct calls to a scores of world leaders.

A few days after the Security Council announcement, CBC reported that PMO spokespeople and Liberal MPs had identified that the blame for the loss (if any were to be attributed) lay with Stephen Harper and his failure to adequately fund the Canadian team tasked to win the U.N. seat. This embarrassment was not to be tagged on PM Trudeau when he had done everything possible to undo Harper’s mismanagement of the U.N. file.

Trudeau’s mishandling of the pandemic crises

Space here does not permit a detailed review of the government’s missteps in responding to the health and economic crises presented by the COVID-19 pandemic. Regarding health and the failure to contain the spread of the virus: there has been one million air passengers enter Canada since the PM closed the airports; there were 16 tonnes of personal protective equipment (PPEs) shipped to China in mid-February – and months later Canada received millions of faulty Chinese PPEs in return; former Liberal MP Frank Baylis was awarded a $237 million contract to make 10,000 pandemic ventilators – with no Health Canada approval and no means of producing ventilators in Canada; etc., etc.  Regarding Canada’s economy: Trudeau has spent more money per capita than any country in the world and Canada is now the most indebted nation; there’s tens of billions of dollars of infrastructure projects unaccounted for, and billions of dollars more awarded for pandemic relief to foreign-owned private companies; and, Finance Minister Chrystia Freeland has just unveiled a $100 billion stimulus plan with vague objectives and no details.

Worse than all of this is the Government’s deficient vaccination plan. PM Trudeau has made much of the arrival of the first doses of the vaccine on Canadian soil. However, the actual numbers are dismal: Canada received 19,000 doses on December 13th, is promised two shipments totaling 368,000 doses by the end of the year, and by the  end of March is promised another 1.8 million doses. While other countries are vaccinating tens of millions of their citizens, Canada will only vaccinate a little more than one million by April’s Fool Day. Canadians learned that Trudeau had counted on agreements with China to provide for our vaccine needs – agreements that have evaporated.

In an attempt to reassure Canadians, Trudeau reveals to us that the Government has ordered more vaccine doses than is required. But the stark differences in the figures of what the PM says is promised versus what is being actually delivered points to a political maelstrom for the Trudeau Government – and a whole lot of anxiety for Canadians.