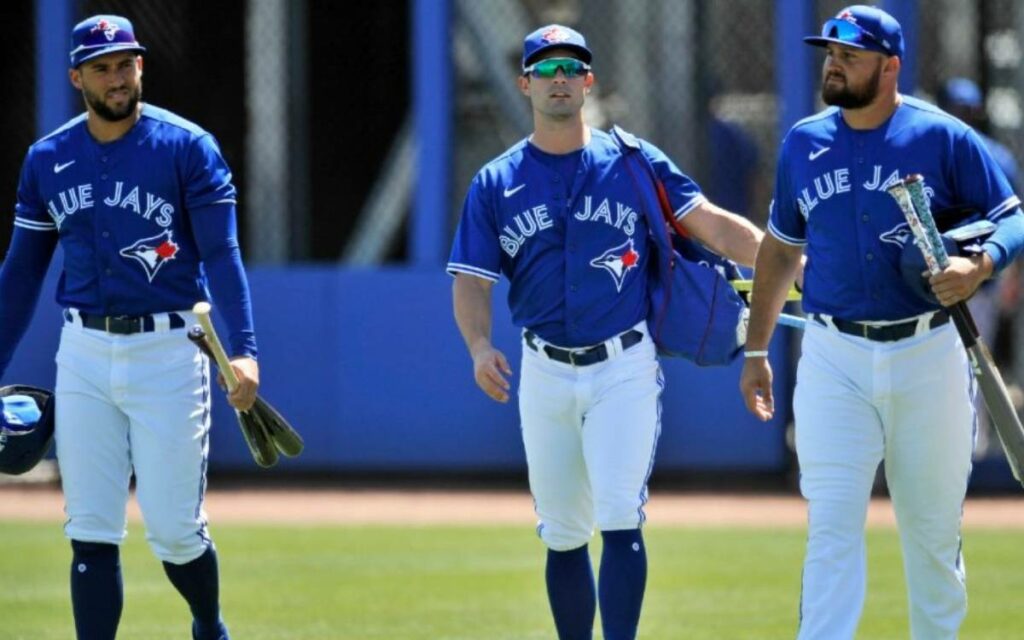 We’ll start with pitching, and unfortunately injuries were the main story line over the past couple of weeks.

Last week’s announcement that projected closer Kirby Yates was being shut down for the season, and would require Tommy John surgery, was not the news Blue Jays General Manager Ross Atkins and Manager Charlie Montoyo wanted to hear. It will likely be ‘closer-by-committee’ to start the season.

Top prospect Nate Pearson is out with a groin strain, while Thomas Hatch is sidelined with right-elbow inflammation.  Lefty Robbie Ray will also miss at least one start with a bruised elbow.

With that being said, let’s discuss the starters.

Left-hander Hyun-Jin Ryu will open the season for Toronto Thursday afternoon in New York, and is well deserving of his ‘ace of the staff’ designation.

There’s a reason Ryu is always in Cy Young Award discussions at the end of each season – both with the Blue Jays last season, and before that with the Dodgers in the National League – his consistency is his best attribute. Ryu is rarely off during his starts.

After that a lot of questions arise.  When will Pearson, Hatch and Ray return, and how and where will they slot in when they do?

T.J. Zeuch, the Jays 2016 first round draft pick, had a fabulous spring and will be in the starting rotation.

Steven Matz, Tanner Roark and Ross Stripling will be the other names you’ll hear as ‘starters’ at least for the first couple of weeks of the season.

Toronto’s catchers are locked in. Danny Jansen will return, while Alejandro Kirk – who had never played above Single-A baseball until last season – was given the nod for a roster spot from Manager Montoyo this past Sunday.

At first base, Vladimir Guerrero Jr. and his 41-pound loss from 2020 will get the start along with fan favorite Rowdy Tellez. And both of these players will see time in the Designated Hitter role as well.

To second base where newly acquired Marcus Semien will be looking for a rebound season. Veteran Joe Panik will back up Semien.

The left side of the infield is filled by only two names. Bo Bichette and Cavan Biggio.  Bichette will be the shortstop, while Biggio will set up at the hot corner.

To the outfield where off-season free-agent signing splash George Springer is still a question to start the regular season with a Grade 2 oblique strain.

Blue Jays brass, and their fans, are anxiously waiting to see what Springer can do after signing him to the franchise’s biggest ever salary at six years and 150-million dollars.

The 2021 Toronto Blue Jays are definitely a team on the rise. At full health, the Blue Jays will definitely be in the mix as it pertains to the wild card discussion but a number of question marks remain, not the least of which is projected leadoff hitter and starting centre-fielder George Springer’s oblique injury.

The bottom line is the Jays are still a young, up and coming, team. Enjoy the ride in 2021.