A balanced budget for Alberta 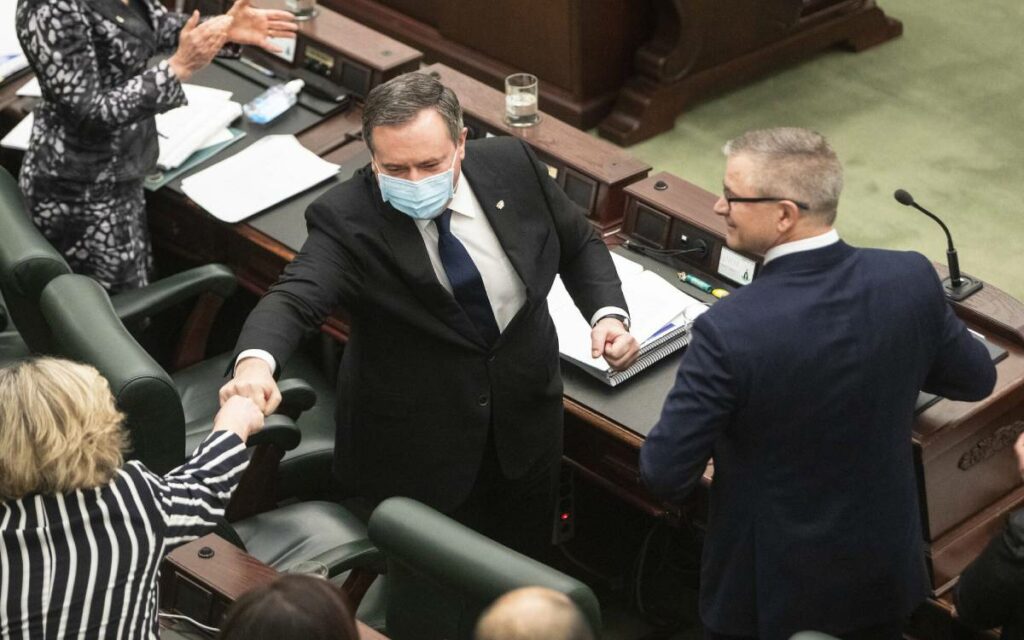 If there was a race to see which province could bring their budget back into balance following the pandemic government spend-fest – and there should be – Alberta has just won. Last week the United Conservative Party of Premier Jason Kenney announced that they had indeed eliminated their substantial deficit and balanced the province’s books for the fiscal year 2022-2023.

The fact that oil prices have soared in recent months was a big boost to Alberta’s financial situation, but it also bears noting that the Alberta government has kept a sharp eye on spending in recent years despite the need for additional monies due to the pandemic. The Kenney government has managed to keep spending growth at about 2 per cent annually even with the pandemic. This compares to spending growth of 4 per cent annually under the previous NDP government, which did not have a pandemic to deal with and increased corporate and personal tax rates.

Considering that the province’s deficit was a massive $17 billion in fiscal 2020-2021 – larger per capita than any other province – bringing the books into balance was a major accomplishment that deserves credit. This is especially true considering all the federal government policies that were very punitive to Alberta and negatively affected the province’s tax base and government revenues.

Alberta has had many decades of boom and bust, enjoying the good times when oil prices were high by sharply increasing government spending then suffering once oil prices fell again. A famous bumper sticker in the 1980s said “Please God, give me one more oil boom and I promise I won’t pi** it all away this time”. Yet Alberta has had many oil booms and busts over the years, and to date has not managed to use the booms to protect against the busts.

One of the enduring legacies of the boom-bust nature of the economy is that Alberta has among the best paid government employees in Canada, as public sector unions have convinced foolish governments to give them generous wage and benefit increases in the good times while of course resisting any downward adjustments when the financial picture changed for the worse and the private sector that funds the public sector was suffering.

Considering that the next Alberta election is on May 29, 2023, the province’s financial progress will likely see a pause over the next year as pre-election budgets are typically spending budgets. That said, Alberta’s budget will very likely stay in balance and provide a sound footing for future years unless government spending plans once again become excessive.

Naturally, the Kenney government’s recent budget achievement was criticized by the usual suspects on the left who seem to believe governments can never spend too much and deficits and debts can never be too high, despite all factual evidence to the contrary. Canadians used to be much more fiscally conservative than they are today. Back in the mid-1990s, Canadians were strongly supportive of the then-Chretien government’s major cutbacks in federal spending to eliminate a dangerously high deficit.  Today, any attempt at fiscal discipline seems to be vehemently criticized, even though keeping public finances in balance is always in the best interests of all citizens in the long run and means that billions of taxpayer dollars can be spent productively instead of going to fund interest payments on large government debts.

On a similar theme, the Ontario government’s recent announcement that it was cancelling auto license sticker renewal fees going forward was also greeted with some negative reactions. Of course, this move was a pre-election gambit to shore up Conservative votes, but hardly surprising as governments of all political stripes engage in that kind of activity. And although actual income or sales tax rates have not increased in recent years (carbon taxes excepted of course), revenue from the many fees and charges governments apply to all kinds of different registrations and permits continues to grow and is effectively a less visible form of taxation.

Getting rid of the license renewal fee should have been viewed as a welcome change, yet many commentators in the media and elsewhere seemed more concerned about where the government was going to find the roughly $1 billion the fee brings in annually. Really? Anyone at all familiar with government is well aware that every single level of government, regardless of political stripe, wastes billions of dollars annually on everything from pointless studies that are never implemented, overcompensation of public employees, the costly abuse of sick days by government employees, infrastructure projects that are never completed on time and on budget, and partisan advertising, among many more examples.

Instead of being concerned about a government returning a few dollars to the people that earned the money in the first place, more scrutiny needs to be applied to the enormous amount of taxes and other fees paid to government and how to reduce this amount.

Other provinces need to pay heed to Alberta’s recent budget success and cut back on their spending as the economy recovers from the pandemic and tax revenues grow in tandem. In addition, Canadians need to stop listening to the loud voices of public sector unions and their allies on the left whose goal is to put their hands even more deeply into taxpayer pockets, further increase government debt and compromise the quantity and quality of public services in future.