A big week in provincial politics 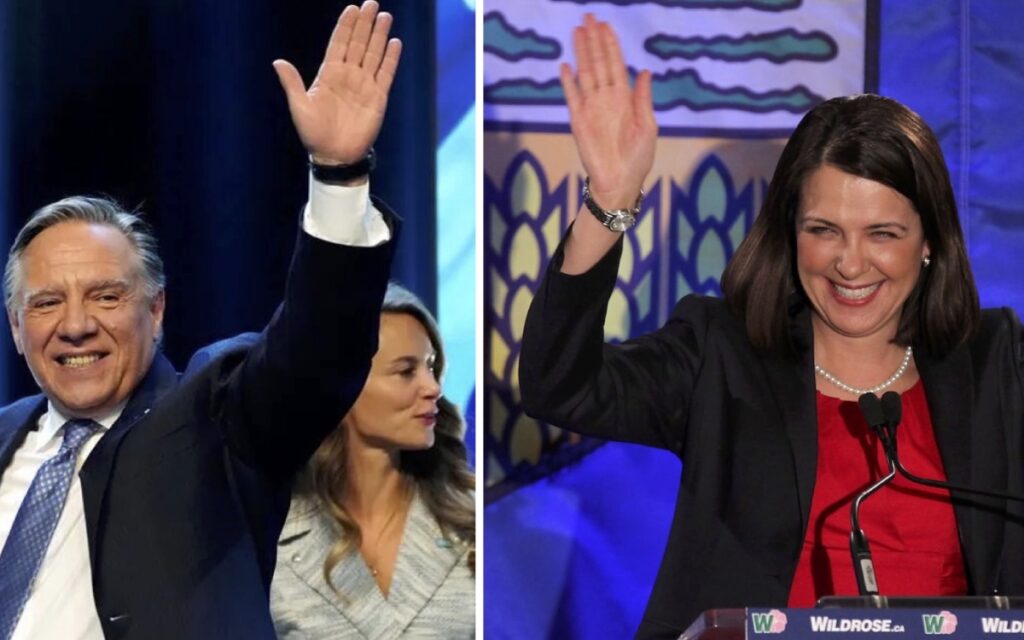 Two major developments this week promise to have a big impact on provincial and federal politics in Canada for the next few years. One of those events was the blowout victory achieved by the Coalition Avenir Quebec (CAQ) in the province’s election held earlier this week.

Although the victory was fully expected, its magnitude was even larger than most analysts forecast, with the CAQ securing 90 of 125 seats in the Quebec legislature. This was the second largest electoral win in Quebec history, second only to Robert Bourassa’s Liberals winning 92 seats in 1989. The realignment of political parties in the province was profound, with the Liberals reduced to 21 seats primarily in the Montreal area and the separatist Parti Quebecois left with a 3-seat rump.

These election results were also sure to reinvigorate discussions about the many failings of the first-past-the-post (FPTP) electoral system. In an especially lopsided outcome, the CAQ only received about 41 per cent of the popular vote but that resulted in the inordinately large number of seats won. The recent Ontario election also had a similarly imbalanced result.

Despite the many voices calling for a more representative electoral system in Canada, the politicians who have promised them while running for office (including Justin Trudeau and CAQ leader Francois Legault) never seemed to get around to implementing them once in power. In the several referenda on the issue that have been held in different provinces over the years, Canadians have consistently opted for the devil they know in the FPTP.

Legault’s strong victory rested on a combination of Quebec nationalism but not separatism, a focus on strengthening the provincial economy and the perception that he had steered Quebec through the pandemic successfully despite the fact the province had some of the worst outcomes in Canada with respect to long-term care home deaths and draconian measures such as curfews. Legault’s policies to bar public sector employment to anyone wearing religious symbols in Bill 21 and restrictive language provisions in Bill 96 remain popular in Quebec while raising concerns in the rest of Canada.

The CAQ’s confused stance on immigration remains a key challenge for the party, which has much greater control over immigration than does any other provincial government in the country. Quebec is caught in the difficult position of wanting more immigration, while realizing that more immigrants mean diluting the usage of the French language in the province. One of Legault’s commitments was to limit immigration to about 50,000 annually in order to help preserve French.

As Canada as a whole is bringing in about 500,000 immigrants per year to meet labour market demands, Legault’s strategy could mean shrinking the population of Quebec relative to other parts of the country and reducing its influence as a result.

The Quebec election outcome has led to Legault being referred to as the most powerful politician in Canada. Given the historically cantankerous stance of Quebec in the country, this development is unlikely to be positive for national unity and federal-provincial harmony.

The other potentially disruptive event was the election of Danielle Smith as new leader of the United Conservative Party (UCP) of Alberta, who automatically becomes the new Premier for that province.

Smith plans to introduce an Alberta Sovereignty Act. This Act is intended to enable the province to refuse enforcement of federal laws and protect the province from the negative impacts of federal government legislation, which has been especially punitive to Alberta under the Trudeau Liberals.

Many have criticized this approach as unconstitutional and one that will eventually be defeated in the courts. Some commentators have also said that they believe Smith’s premiership will pave the way for a return of the Alberta NDP in an election scheduled for the spring of 2023. Whatever the case, Smith’s victory is expected to be very disruptive to the status quo, especially considering that Alberta contributes massively to the rest of Canada in the form of equalization payments and other taxes.

Canadians are currently facing many challenges with high inflation, predictions of a looming recession, high energy costs and international instability. Recent events in Quebec and Alberta seem likely to add even more uncertainties to the mix.