A few fries short of a Happy Meal 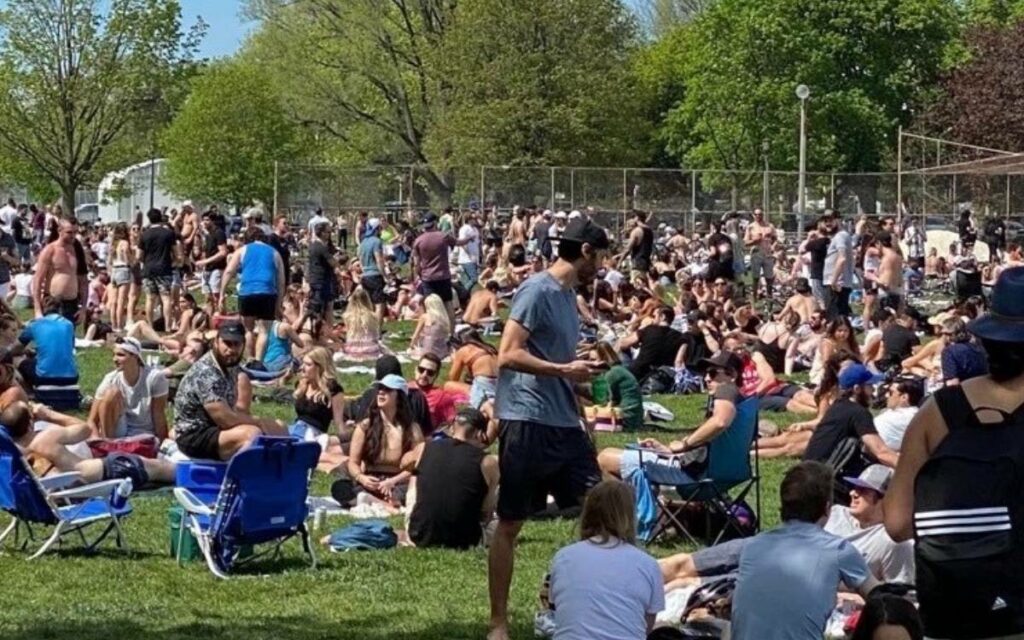 Large gatherings continue to be a problem in Toronto.

The politician most invoked by Prime Minister Justin Trudeau during the 2019 election was not his chief competitor, then-Conservative boss Andrew Scheer, it was Ontario Premier Doug Ford.

Attacking the leader of a lower level of government during an election is an incredibly distasteful act as premiers are the prime minister’s partners in governing Canada. It is the kind of thing you would expect from a leader like US president Donald Trump – then again I believe the two men are incredibly similar in there “do as I say, not as I do” attitudes, so it shouldn’t be surprising.

Regardless, if Canada does get forced into an election it doesn’t want this fall, the prime minister may want to rethink his ‘attack Mr. Ford’ strategy.  Doing so would make you think of a recent Fordism and suspect the PM is “a few fries short of a Happy Meal.”

Of course in that particular F-Bomb, Mr. Ford was referring to the organizers and those who attend large private gatherings helping to surge COVID-19 numbers in Ontario. The latest group the premier is targeting to help re-flatten the curve to get the deadly virus back under control.

But if Mr. Trudeau thinks attacking a man who by many accounts has lead the most successful COVID response in North America, then the description would be apt. And then – to quote another of Mr. Ford’s quips from Thursday’s press conference and referring to rule breakers not Liberals – the Conservatives with Doug Ford as an advocate may very well, “fix their little red wagon.”

Another point the Ontario Premier made during the press conference to announce new private social gatherings, was quite salient and more proof of how well Ontario has been doing. Canada’s largest province, said Mr. Ford, has the lowest number of COVID-19 cases per 100,000 in North America.

This fact, along with Ontario being the only province to mandate masks and nurses in schools and the number of health care professionals assisting in the education system, is commendable. On Thursday the premier also announced residential rent will be frozen in 2021 and the ban on commercial evictions will be extended through October.

Policing of such rules was the next thing to be questioned in the press conference. CHCH reporter Randy Rath, who is a really good guy and knows a thing or two about the news, asked whether police should be handing out tickets instead of policing “serious” crimes.

The premier, in form that we have found to be common of Ontario’s political boss, was quick to respond, “I think when you spread COVID it’s a very serious crime.”

Mr. Rath did point out that the rules applying only to Toronto, Ottawa and the Peel Region – that means you Brampton – could mean partiers would simply move. He is not wrong in his query, and I personally think this will lead to vigilante nosy neighbours ratting on BBQ revellers all around the province, but maybe that’s not a bad thing.

As Mr. Ford said, “it’s just fair to the vast number of people who are following the rules,” and while he meant the bulk of Ontarians, I think he may have also been referring to a few more people that need our support the most.

These are the small businesses, restaurants and bars and the people who are keeping them safe and accessible for all of us.

In fact Mr. Ford was quick to point out that staffed businesses will not be considered in the new rules. These are places that require masks, social distancing and contact tracing and for that reason you can still grab a drink at your favourite pub.

While it wasn’t made as a central point of the press conference, I think the implications are Mr. Ford is saluting the servers, bartenders, pub and restaurant owners across places like Toronto by not including them in the crackdown.

This shows real progress of the premier as he continues to grow into his role. The ability to tackle problems, separate those who are following the rules, make clear differentiations and drop his own version of F-bombs – his quips – to illustrate his point.

I grew up in Alberta and more and more each day Doug Ford reminds me of a premier who is still revered out there – Ralph Klein. Plain spoken, someone who can explain why he does things and is genuine.

Also, someone who does actually fight for the little guy, the middle-class, the paycheque- to-paycheque people whose government and its rules impact the most. For this and many more reasons I believe even his detractors can admit he is doing a good job.

So with that being said a significant arrow has been taken out of Prime Minister Trudeau’s re-re-election quiver and placed squarely in that of Erin O’Toole’s Conservative Party – Canada’s most popular conservative politician, Douglas Robert Ford.

Imagine saying that six months ago; I simply can’t. I have always been part of Ford Nation because I believe he is a good guy and it was time for a change in Ontario.

Saying that, even I have to admit I didn’t think he was doing a good job early on in his term and I couldn’t honestly see a way for him to reverse course.

Well he has reversed course and he will no longer be a perceived millstone around the neck of the Conservative Party in a federal election – regardless if that was true in the first place.

Something Mr. Trudeau should remember as he seeks to bring down his own government.