A fitting proverb: a fish rots from the head down 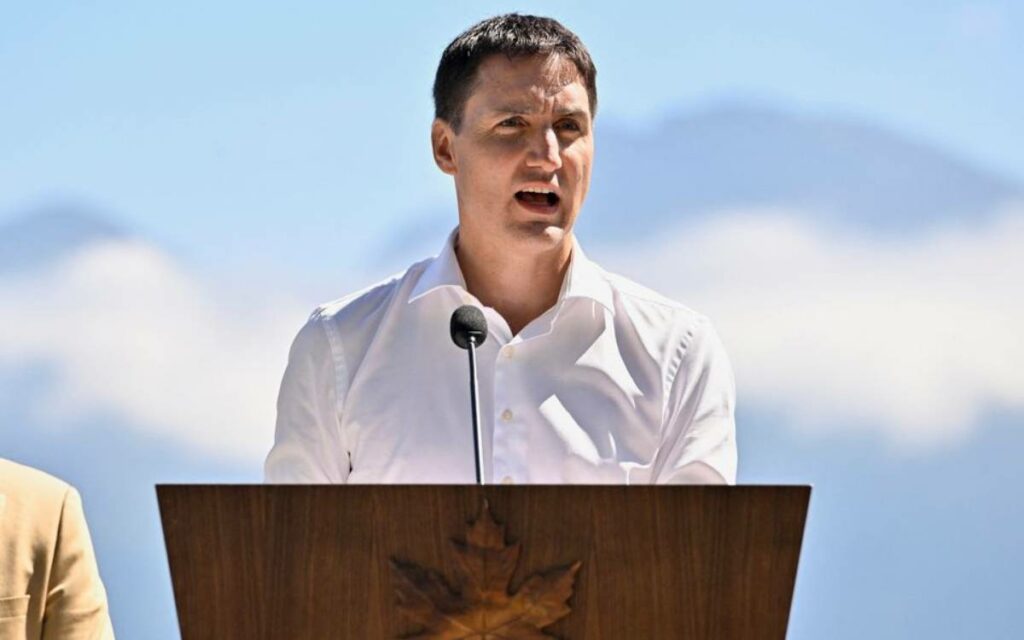 It has become abundantly clear that the Canadian government’s excess of missteps and mismanagement of everything from basic service delivery to foreign affairs is coming from the top down. Photo credit: Reuters/Jennifer Gauthier

With a growing number of inconveniences and increased financial stresses in daily living, there are more Canadians realizing our federal government’s inability to manage Canada’s affairs. Political leadership is wanting, and the country’s bureaucracy is proving incapable of delivering basic services. Headaches in obtaining a passport or flying out of Pearson airport are prompting Canadians to ask, what is happening to the country, its services and standing in the world?

A recent lead editorial in the Toronto Sun exclaimed, “Federal services collapsing under Trudeau.” It cites the daily chaos unfolding at airports and the unheard-of flight disruptions. According to aviation industry experts, the primary cause of Canadians’ travel turmoil is federal government mismanagement. This has led to the critical shortages of federal security and customs officers. To respond to this crisis PM Justin Trudeau immediately struck a task force committee of 10 cabinet ministers to improve the situation (and now more than a month later there is no word from the committee or any action to alleviate the problems).

There was also a damning National Post editorial, “Canada’s public service is collapsing.” It recounts details of the federal bureaucracy’s “passport pandemonium.” The Post reports on exhaustive, hours-long line-ups at passport offices, airline counters, and airport security lines. It describes an overwhelmed bureaucracy that is haplessly coping with the crisis. Imagine the management at the Montreal passport office ordering 801 chairs so people will not have to stand in line?!

In a separate National Post piece, columnist John Ivison posits: “The rot in Canada’s dysfunctional government is coming from the top.” Ivison lays blame squarely on a tired and wayward Liberal government.

“Over the past seven years, the Liberals have lost, or jettisoned, some of their most seasoned ministers and political staffers. They have often been replaced by farm-team players with less experience and less rounded skill sets. The upshot is a preoccupation with issues management and the politics of spin.”

Ivison draws the analogy of the Trudeau government’s inconsistencies with that of a decaying body. His argument proceeds to conjure up that ancient Turkish proverb: A fish rots from the head down.

Indeed, there are many stories from Ottawa that signal the country’s mismanagement. Apart from airports and passports, in the last month there have been two significant news stories unfolding that go beyond mere inconvenience and speak directly to the devolution of the country. In both instances, PM Trudeau and his PMO operatives are at the centre marshalling the policy decision and government action.

In mid-July an international news story broke in Moscow that Canada was returning a repaired turbine to Russia for its Nord Stream gas pipeline. This news reverberated around the world as the surprise shipment violates the free-world’s sanctions of Vladimir Putin in response to Russia’s invasion of Ukraine. It was initially reported that Canada’s actions occurred without knowledge of its allies, including besieged Ukraine. In fact, President Volodymyr Zelenskiy told PM Trudeau directly, “Ukrainians will never accept Canada’s decision regarding the Nord Stream turbine.”

Since, Trudeau cabinet ministers have rationalized it was a hard decision that was made to remove the threat by Russia to turn off its flow of gas to Europe. PM Trudeau made the final decision (without any parliamentarian discussions) as a result of private conversations he held with German Chancellor Olaf Scholz at the recent G7 Summit. Still, it seems unconscionable that the Canadian PM made his decision while Russian missiles were killing civilians in the bombing of apartment buildings and a shopping centre.

Yet, this is just the last inexplicable foreign policy move for the Trudeau government. There has been no consistent Canadian foreign policy with quizzical stances taken on failing to call out Uyghur slavery, silence concerning democracy in Hong Kong, the abandonment of Afghanistan, the secret Canadian-Sino virus research project in Winnipeg, etc. For a country that has no ability to defend its borders or people, does it not appear to be dangerously brash for the PM to be continuously undermining the Canada’s international relations and allies’ trust?

The second damaging story from Ottawa, being revealed at a parliamentary committee, is the travesty of Canadian law that took place in the public inquiry into the horrific Nova Scotia mass shootings. RCMP Commissioner Brenda Lucki was called out by senior RCMP officers for making a promise to the PMO and public safety minister Bill Blair that the RCMP would make public certain firearms information about the Nova Scotia massacres to tie it to the government’s new gun control legislation. In essence, Commissioner Lucki was directing the RCMP investigators to shill for Trudeau’s gun control agenda.

Commissioner Lucki contests this accusation, as well as the fact that she reprimanded senior Nova Scotia Officer Darren Campbell for his unwillingness to play to the PMO script. This drama is playing itself out in Ottawa right now and MPs are left to decipher the facts from the conflicting accounts: on one hand there is the decorated, career RCMP commanding officer and, on the other, Justin Trudeau’s handpicked commissioner and his lackey public safety minister.

But it seems Canadians have no interest in news on the corruption of Canada’s justice system – likely because it has been a recurring theme of the Trudeau government since it took office. There was the PMO-led attack on the reputation of Vice Admiral Mark Norman and the intense pressuring of then Justice Minister Jody Wilson Raybould for SNC Lavalin favours. There’s been repeated stories involving named judges selected from Liberal donor lists.

And is it not disconcerting that our ethically challenged PM (Trudeau has been charged three times for violating the country’s ethics laws) sets the tone for his government? Does this not beg the question, if our PM and his government are above the law, what does it say for the country’s justice system?

Meanwhile, Justin Trudeau gets a haircut and makes a week’s worth of headlines jetting cross-country on a photo-op campaign. From one coast to another, and one BC town to another, Trudeau mugs with kids, and lectures Canadians about reducing their carbon emissions. The PMO staff is again successfully changing the channel… if only it weren’t for that rank, fishy smell. 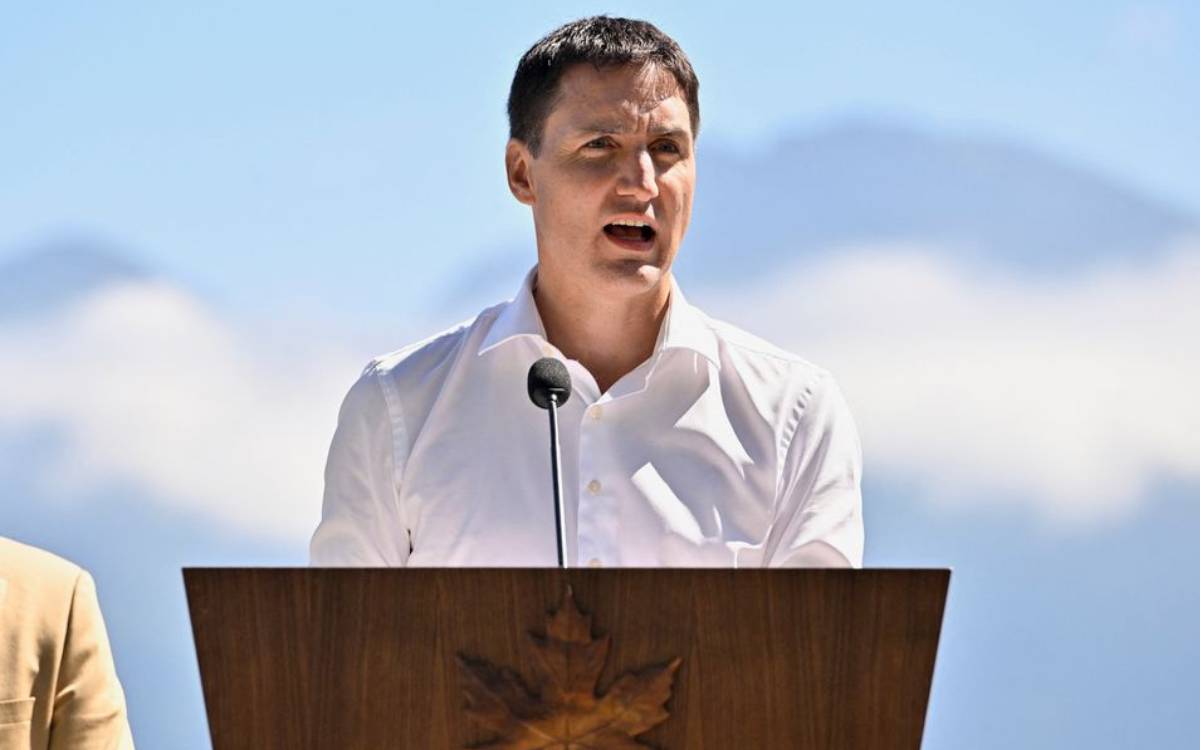