A local woman’s campaign to save Canada’s Afghan allies 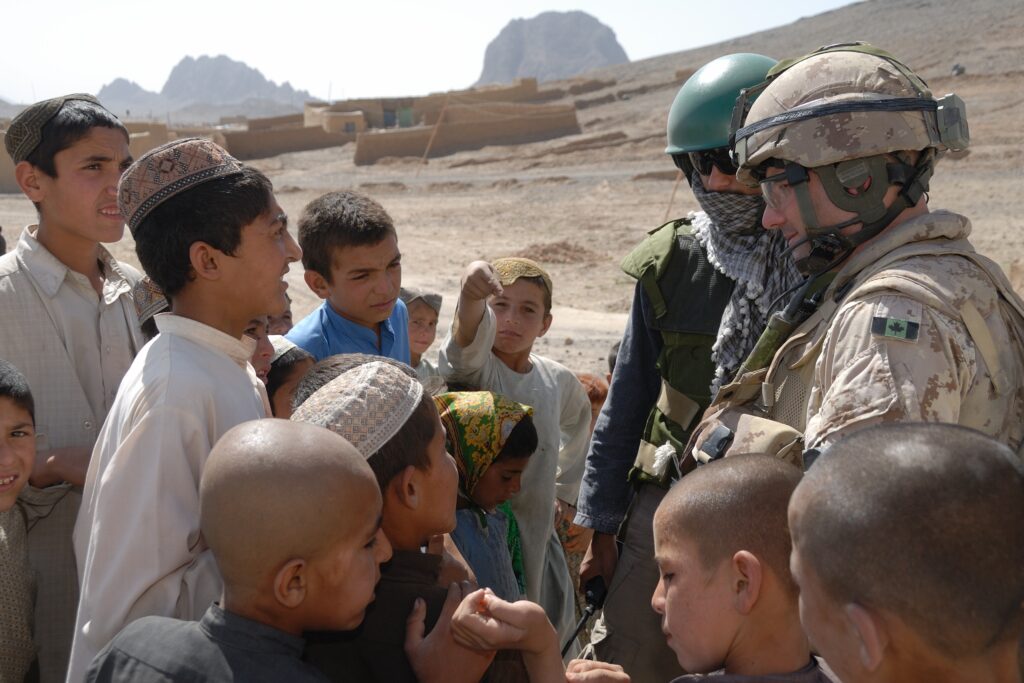 Wendy Long wasn’t looking for a project to get involved with or a cause to support. But five years ago, when she heard about the dangerous situation that Afghan interpreters were in, she felt compelled to learn more.

“Erin O’Toole, who was the former Veteran’s Affairs Minister, had as one of his policy platforms a pledge to help these Afghan interpreters that had fallen through the cracks.” The Niagara Falls resident started to investigate further and found out that from 2001 to 2011 some 40,000 Canadian troops were stationed in Afghanistan, supported by hundreds of Afghan nationals who acted as interpreters and support staff. In many cases they wore the same uniforms and risked their lives and fought side by side with our soldiers.

Wendy also found out that then-Minister of Immigration, Refugees and Citizenship Ahmed Hussein had indicated that there wasn’t going to be any official program to allow the interpreters to become Canadian citizens. She found that different avenues such as student visas and temporary visas didn’t work, and after consulting with a lawyer determined that: “When the Minister is saying to apply through conventional and existing means – that is not a speedy process for people who are in need and deserving of a speedier process for their service.”

But becoming aware of an injustice and doing something about it are two very different things.

“I saw an injustice. I knew I needed to act.” However, when Wendy got involved 5 years ago, she had no idea just how big of a project she was getting herself into. “I took this on to say, ‘I’m going to help one person’…and all of a sudden this Facebook page I started began to blow up with all these people saying “what about me? I’m left behind!”

And even then, Wendy didn’t realize just how huge this project was. To date, Wendy has been contacted or received the names of more than 550 people who worked with the Canadian Armed Forces in some capacity and are trying to save themselves and their families. “This is not only interpreters; there are also support staff. There are former embassy staff, all of those people.”

And if there’s ever a question of the urgency of this project, Afghanistan in now once again over 85 per cent controlled by the Taliban. “If you worked for government, if you worked for NATO forces in any capacity, your ability to move around the country was severely restricted.” Wendy said travelling by vehicle on the ground was too risky, because of check points set up by the Taliban. “To get from one place to another, you had to risk your life by going through checkpoints. The Taliban have had access to certain databases that had collected biometric data on people, and they would know if you worked for the government and would kill you on the spot.” Many reports have confirmed that Afghans assisting Canada have been detained, tortured, and killed in front of their families, along with the family members.

To add to the despair, there’s an enormous amount of fraud taking place by immigration companies.

“There is so much fraud going on out there. They prey on these desperate people. I have interpreters who have been defrauded of thousands and thousands of dollars by these entities pretending that they are Canadian immigration.” This in turn makes Wendy’s job even harder. Many Canadian veterans and Afghanis that get in contact with her doubt her creditability, and she’s forced to try to prove that she’s the ‘real deal’.

But despite all the dead-ends, the disappointments, and the despair, Wendy’s tenacity and passion and leadership prove she is indeed the ‘real deal’.

For Wendy, it’s the hope of getting these people to safety that keeps her going. While she started this project on her own, her dedication and reputation among the interpreters and veterans involved in this has led to a small but rapidly expanding group of volunteers who has taken up the cause. Their current challenge is matching up interpreters and individuals in Afghanistan that contact them with the Canadians that they worked with who are now back home. “We are making every effort to try and connect the dots and try and vet that person.” Only if they are vetted and their story checks out can they be approved to come to Canada.

As far as she can tell, there aren’t many, if any, other groups doing what she’s doing in terms of advocacy. “The attention I gathered from the Facebook page [that she set up] seems to have garnered a lot of international attention, but not really much on the Canadian stage.” She likens her efforts to a small mosquito pestering people, largely ignored until more veterans and eventually senior officers and generals in the Canadian army became involved.

With regards to the Canadian response, the frustration is evident. “We knew this was going to happen…there’s no reason this should come as a surprise to anyone, but here we are in the eleventh-hour scrambling.” As the Taliban close in on Kabul, rolling over smaller villages and towns, stories of horror and death are increasing daily.

But despite her frustration with the current government, she believes the fault lies with many different groups of people at many different times. “If we start pointing fingers at each other, lives are going to be lost.” She points to a program that was both started and cancelled by the Harper Conservative government, as well as the Liberal’s failure to restart the program. “We wanted to really stress that this is not a partisan political issue. Even though there’s a political solution, it should be a nonpartisan political solution. All Canadians of all political stripes should gather together and raise our voices for Canada to do the right thing.”

While many people have offered their help, Wendy’s message for all those looking to get involved is simple. “Contact your MP and don’t stop contacting your MP.”

Her fear is that the Canadian government will make a single trip over to pick up some people, and then a potential federal election will sidetrack efforts until it’s too late for any other interpreters to be rescued. “We don’t want it forgotten in an election. This process still has to go on regardless of whether we’re choosing a government or MPs.”

“They [the interpreters] don’t really care about the Canadian election. They care about saving their lives and their families lives.”

Right now, she’s trying to coordinate with the Canadian government and get it on to the immigration program. “We are ready to support the government in these efforts.” That includes their focus on data collection and verification so they can be proactive when the time comes to supply the information that is needed.

She believes that transparency is necessary to keep the process as simple as possible. “Our mandate and our vision is to give these people a voice.”

Anyone interested in getting involved and learning more can go to www.afghaninterpreters.ca. On the website there are links for civilians and former military personnel, with links to donate and get involved.

“The site is updated regularly. Once we do have some sort of a firm idea of settlement supports, you can certainly try to give some money to try to help settle these people.” Wendy also wants to remind people that these immigrants will be coming with very little. “It would be lovely if Canadians from across the country could stand up to help support these people, the people that supported our troops in Afghanistan.”

While the majority of work is still ahead of them, Wendy has made significant inroads so far. She’s been successful in growing lists, and levels of trust. And on a personal note, this is a process with which she’s learning from as well. 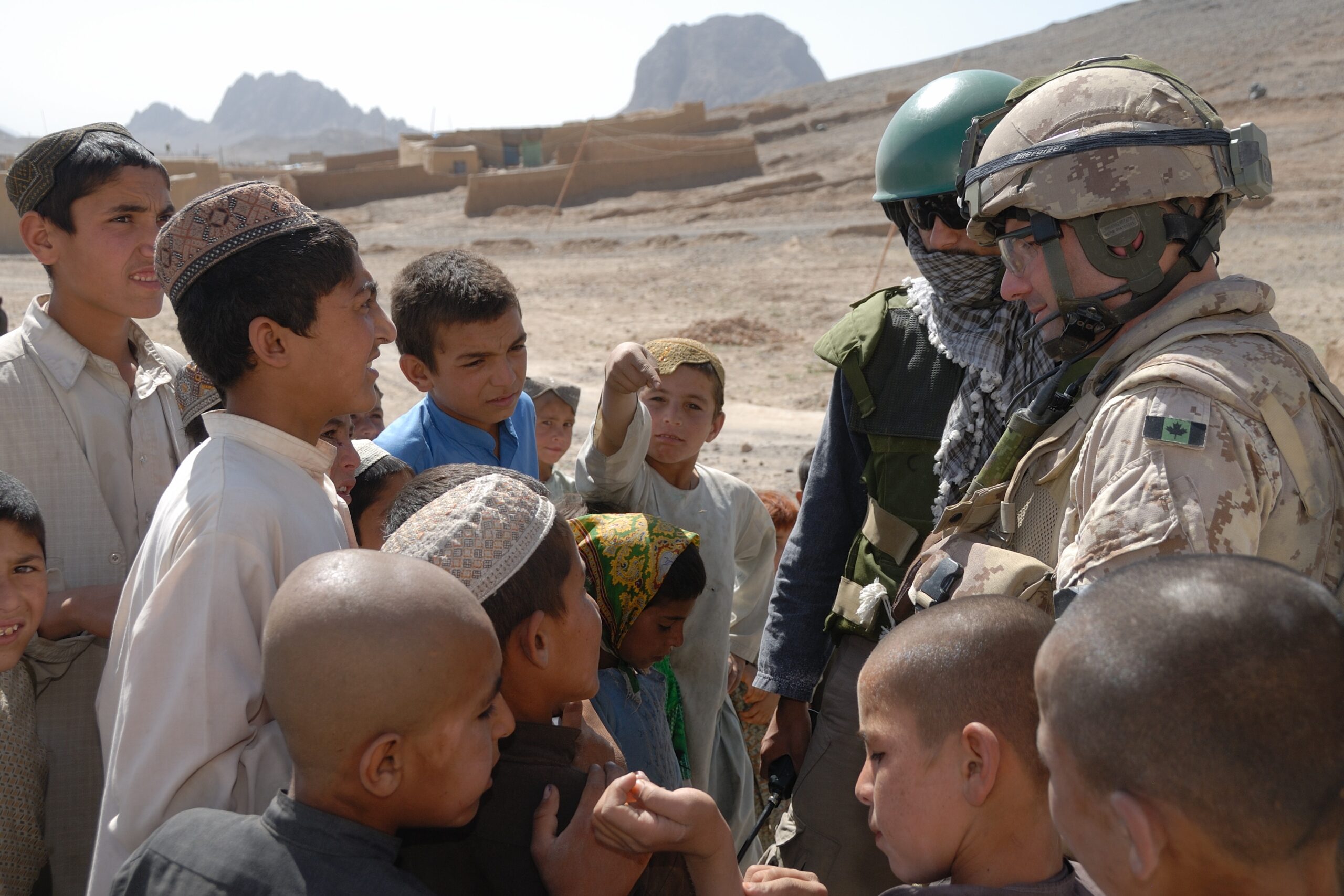