A matter of fact: more Canadian oil could be helping the U.S. right now 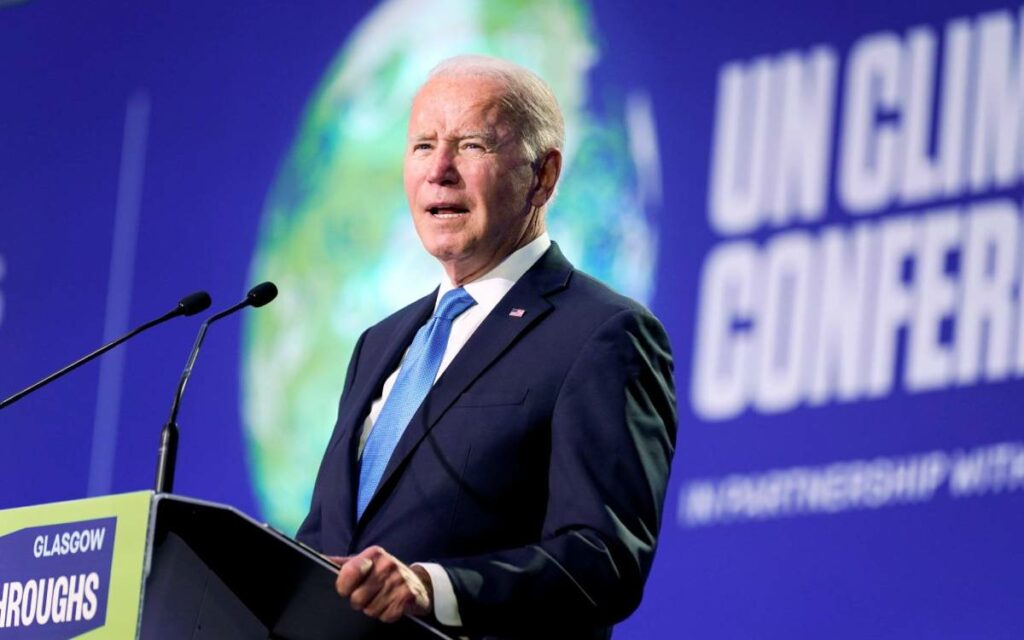 U.S. President Joe Biden speaking at the COP26 summit in Glasgow, Scotland, Nov. 2, 2021. The U.S. should say yes to more oil from Canada and no to more oil from Russia and OPEC. Photo Credit: Associated Press

President Joe Biden says it is Russia and OPEC’s fault that consumers across the U.S. are paying an average of $1.20 more per gallon of gasoline today than last year.

It doesn’t have to be this way — if the U.S. said yes, not no, to more oil from Canada.

The future of our reliable cross-border energy partnership is becoming uncertain, and it’s hurting Canadians and Americans on both sides of the border.

Fact: Keystone XL is a big missed opportunity for the U.S.

The Keystone XL pipeline, which Biden cancelled on his first day in office, would have shipped about 830,000 barrels per day from western Canada to the U.S. Gulf Coast – or roughly the same amount of oil the U.S. has imported from Russia for the last six months.

According to the U.S. Chamber of Commerce, over the 13 years since it was first proposed, Keystone XL has been one of the most studied infrastructure projects in American history, with numerous revisions and updates to reflect environmental and community concerns.

Its construction — already underway when Biden cancelled its permits — would have supported 13,000 jobs on both sides of the border while improving North American energy security, the chamber says.

Oil will remain critical to the United States over the coming decades even as more renewable energy comes online, according to the U.S. Energy Information Administration (EIA).

Imports from other countries met about 42 per cent of U.S. demand for petroleum liquids products this August, according to EIA data.

The good news is that most of that came from Canada, America’s close friend and ally.

But imports from tyranny states like Russia and Saudi Arabia are increasing as the U.S. says no to Canadian pipeline projects like Keystone XL.

Canadian oil is critical for U.S. energy consumers. While U.S. domestic oil production surged over the last decade, so did imports from Canada.

Importing “heavy oil” from Canada’s oil sands has reduced costs for American consumers, according to a report by ICF Resources. In 2019, it would have cost U.S. refineries $6 billion more to process “alternative” oil from Saudi Arabia, Texas and North Dakota.

The benefits of Canadian imports help with “supporting economic growth, jobs and market efficiencies that help lower consumer energy costs on both sides of the border,” ICF said.

Oil sands emissions intensity decreased by 27 per cent from 2013 to 2019, compared to just a 13 per cent decrease for global oil majors, according to BMO Capital Markets.

Major oil sands producers have jointly committed to reach net zero emissions by 2050, meaning that any emissions from production will be balanced by emissions removed from the atmosphere.

Unlike Russia and the OPEC nations, Canada ranks number one among major oil reserve holders in environmental protection efforts, social standards and inclusion, and transparent governance, according to BMO’s analysis of the World Bank Governance Index, the Social Progress Index, and the Yale Environmental Performance Index.

This article first appeared on the Canadian Energy Centre website on Nov. 3, 2021. Reprinted here with permission.