A monument on the move? 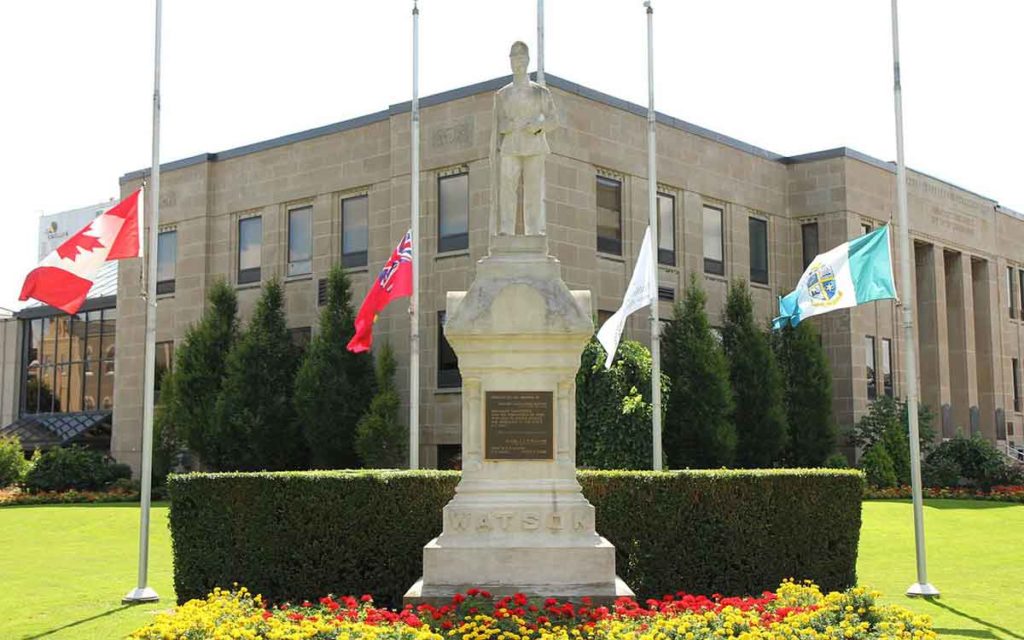 Monday saw St. Catharines City Council deal with a motion that would kick off a consultation process over a proposal to relocate the Watson monument off of City Hall property.

Council received four delegations regarding the motion to move the Watson monument due to its association with the North-West Rebellion of 1885, a hallmark of anti-Metis and Indigenous sentiment and policy by the federal government at the time.

First up was St. Catharines resident Gavin Fearon who had created an online petition calling for the removal of the statue.  Fearon indicated that City staff advised him the petition did not meet the requirement of a legal petition of City Council.  He did note that it had received 846 signatures as of 6:00pm Monday and included signatures from St. Catharines, across Canada, United States, United Kingdom and Qatar.

He asked Council to “trust and empower” the anti-racism and equity committees so that no person has to walk “past a statue or a sign that disrespects their age, race, ability, sexuality or gender” and added that “part of the power of these monuments is that they represent ideology – quite literally set in stone.”

Fearon suggested that the monument be placed in a museum that would actively support the educational aspect of the monument.

Brock University professors Russel Johnston and Mike Ripmeester provided background information about the monument itself stating while it was associated with a “racist political program”, the monument was in fact built to honour local soldiers’ commitment to serving in the military.

“The local militia unit wanted to mark the sacrifice of a local citizen soldier – one of their own,” said Johnston.  “So we should note the figure depicted is not Watson, nor is it a member of the Winnipeg Rifles (Watson’s unit).”

“It is a heritage artifact on its own right, it is one of the first monuments to a citizen soldier in Canada – but it is also a monument to this terrible story.”

Ripmeester also spoke to the deteriorating condition of the monument, saying that “For me, it would be worth the effort to try and find funding to preserve it some way – and if that meant moving it to an indoor location where it could be preserved from falling apart entirely, fantastic.”

Lastly, Bergen Steiger who identified as a resident of St. Catharines spoke in favour of maintaining the monument’s location with an additional plaque to reflect the Metis and Indigenous component of the moment in history that would “help extend the awareness of that story as I think it is very important to the City.”

Several amendments were made to the motion to broaden the scope of consultation.  Notably, Councillors Lori Littleton, Greg Miller, Karrie Porter voted against a successful amendment to include Royal Canadian Legion Branch 24 as part of the consultation process.

Mayor Walter Sendzik opted to impart closing remarks to the issue after two hours of discussion by Council.

“This is where you gotta dig deep and look at yourself and say, what do I stand for?” Mayor Walter Sendzik told Council after almost 2 hours of discussion.  “You will be measured by how you vote today – and that’s uncomfortable.”

“Before you say yes or no, think really hard about what that stands for and what it stands for in our community.” 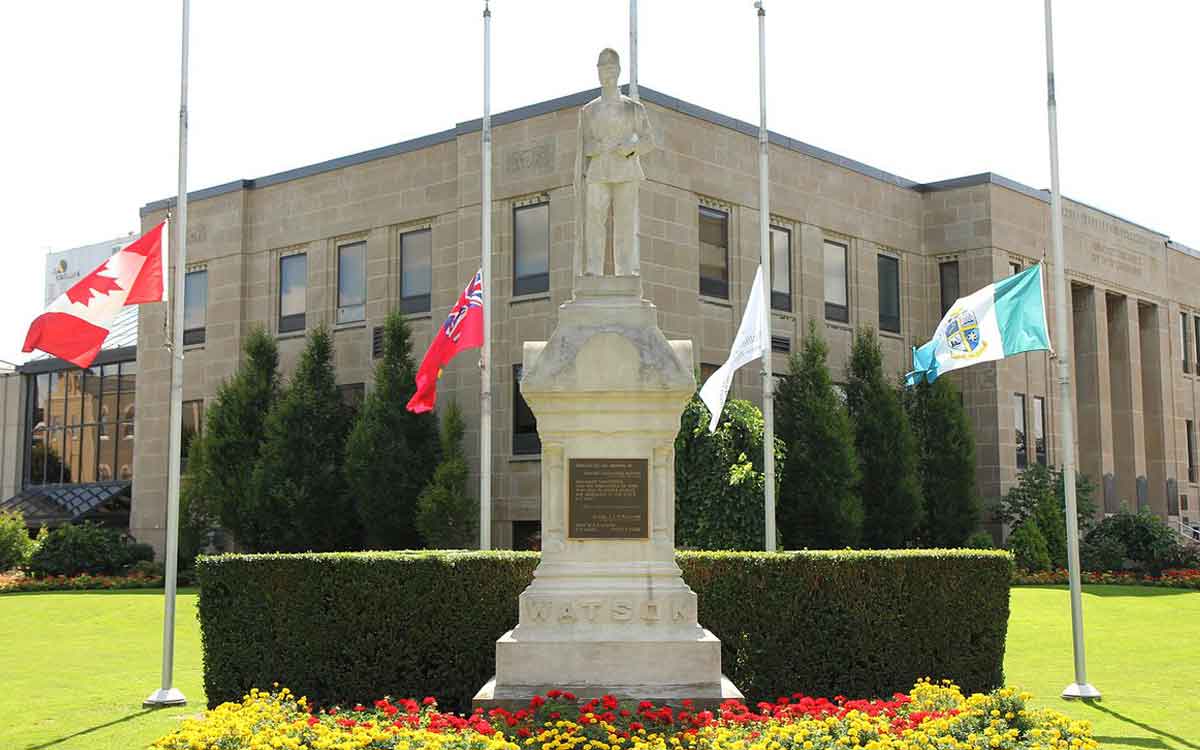