A Pivotal Week for the Trudeau Liberals’ Green Agenda 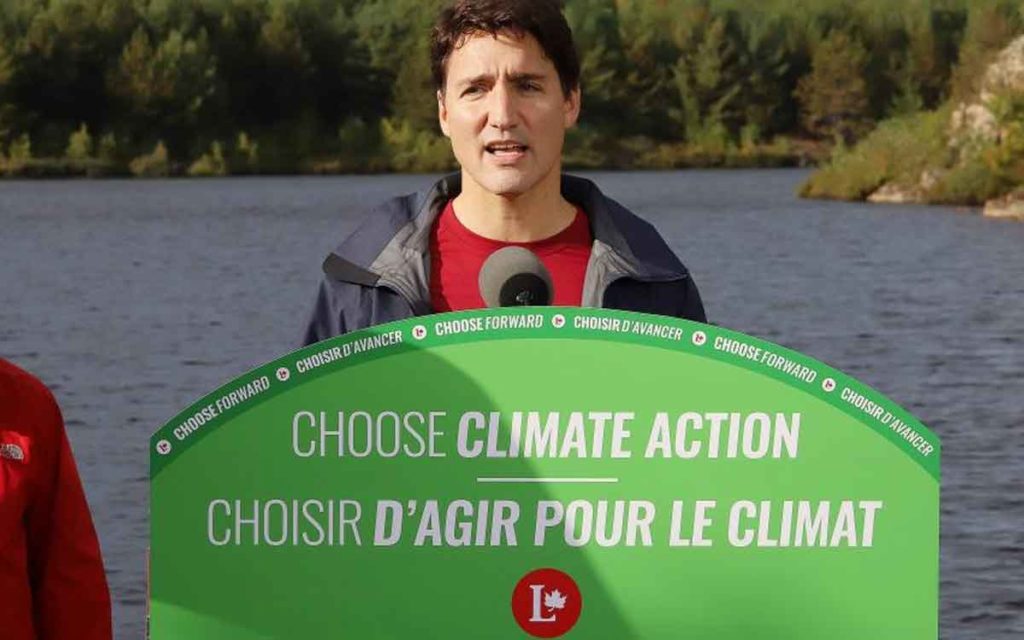 Canada’s drama-teacher-turned-Prime-Minister provided plenty of theatrics this week by first switching Finance Ministers and then bringing the curtain down on Parliament. With his performance, Justin Trudeau succeeded in consolidating power in his Prime Minister’s Office and placing trusted globalists in the government’s finance and economic portfolios.

This has been a pivotal week for advancing the Trudeau Liberals’ Green Agenda.

The Liberal organ Toronto Star highlighted a story recently in which Canadians learned PM Trudeau and his inner circle were strategizing on how to coincidentally shut down parliamentary debate on his government’s scandals and implement a “bigger and bolder” post-pandemic government intervention and green economy agenda for the country. We were told Trudeau and his insiders did not want a Fall election and were looking for a way to simply assert their will on the country.

Toronto Star reported an anonymous Liberal backroom stagehand explaining the theme: “[It’s an] opportunity for us to think big to think about child care, to think about how we can accelerate the transition to clean energy and how we can fight climate change, how we can help vulnerable people, how we can root out discrimination and level the playing field for working people and on all the progressive ideas that we’ve talked about and made progress on but in a different context. So can we actually present a big vision? I think we can.”

With the Star’s idyllic prelude, CBC reported their anonymous sources foreshadowing the first act of the week: “Trudeau, Morneau clash over green plans, soaring deficit.” The CBC script read: “A deepening rift between Prime Minister Justin Trudeau and his finance minister about coronavirus spending is also fueled by disagreements over the scope and scale of proposed green initiatives… Trudeau, who campaigned on a platform to tackle climate change, believes the 2021 budget should have an ambitious environmental element to start weaning the heavily oil-dependent economy off fossil fuels…”

PM Trudeau surprised his captive audience by heralding Minister-of-Everything Chrystia Freeland as Canada’s new Finance Minister and then directed his embattled Governor General Julie Payette to shutter Parliament – promptly closing down the work of the committees reviewing the billion-dollar WE scandal, the PM’s ethical breaches, and China-Canada relations.

PM Trudeau took centre stage to deliver a soliloquy on his actions (in case the audience was confused by what they just witnessed): “We need to reset the approach of this government for a recovery to build back better. And those are big, important decisions and we need to present that to Parliament and to gain the confidence of Parliament to move forward on this ambitious plan. This is our chance to build a more resilient Canada, a Canada that is healthier and safer, greener and more competitive, a Canada that is more welcoming and more fair.”

(As an aside, note the Prime Minster used the phrase “build back better.” This is a reoccurring mantra that environmentalists are echoing around the globe to describe their green agenda to be supported by a new global order. “Build back better” was also uttered by U.S. Democratic presidential nominee Joe Biden this week in his battle cry for a new American economic plan.)

On cue, Canada’s freshly ensconced finance minister used her first media scrum in Ottawa to reemphasize the Liberals’ plot. Finance Minister Freeland said matter-of-factly about restoring Canada’s economy from the COVID-19 pandemic: “To [the] question about decarbonization as part of our economic plan going forward: Of course, it has to be part of it. I think all Canadians understand that the restart of our economy needs to be green.”

So, in the Ottawa troupe, there now is Trudeau, Freeland and Carney (with a cast of supporting actors McKenna, Guilbeault and Wilkinson) all aligned to “build back better” by shifting Canada’s economy away from oil and gas and towards green energy, and introducing bigger, interventionist government to caretake national welfare, immigration, childcare and universal basic income programs. True to that Toronto Star prelude, the Trudeau Liberals are using the pandemic to fundamentally change the way the Canadian economy operates. (It’s a page ripped from Obama backroom advisor Rahm Emanuel’s playbook: “Never let a crisis go to waste.”)

The stage-managed events in the National Capital this week elicited scorn from a range of Canadian economists, financiers, energy experts — and from the editorial board of Canada’s leading national paper. Here is a sampling of the critical reviews:

The closing lines for the week go to the Globe and Mail editorial board who are alerting Canadians to PM Trudeau’s powerplay. In its lead editorial entitled “Justin Trudeau’s cynical disdain for Parliament, and for Canadian voters,” the paper suggests the PM is jeopardizing our country’s economic prosperity and undermining Canada’s democracy. Referring to PM Trudeau as a “callow scion” who is “ruthless, cynical and disdainful” the editorial trumpets: “Canadians should be alarmed by the way the Prime Minister is cynically trying to use this national emergency to his political advantage.”

With the Ottawa theatre now dark, Canadians need to be ever-mindful about what is unfolding off-stage in the recesses of the Prime Minister’s Office.