A primer on the Trudeau Liberals’ Green Energy Plan 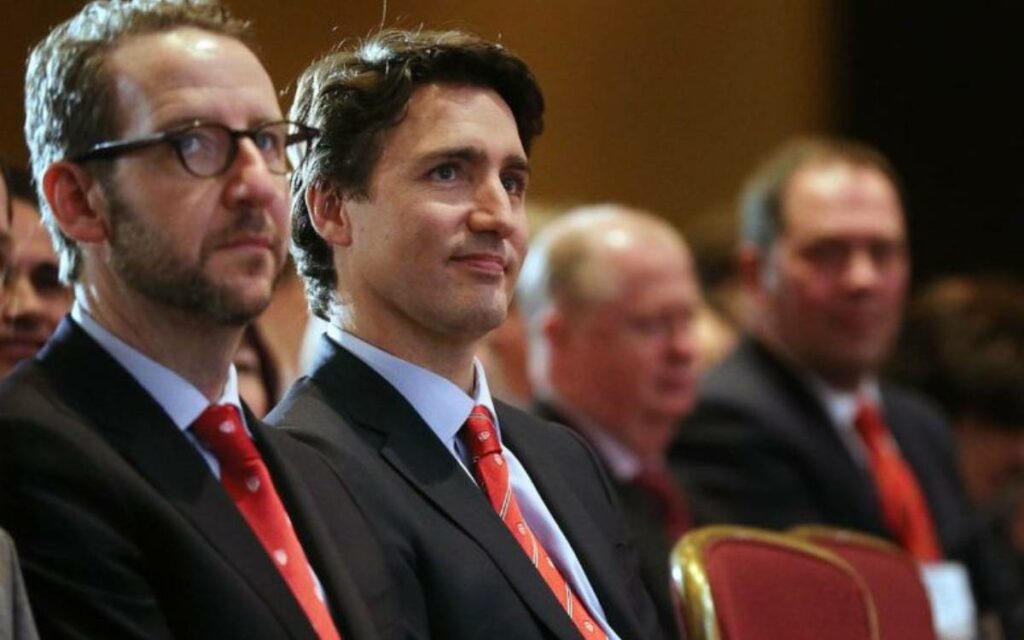 Prime Minister Justin Trudeau and a cadre of his senior ministers have not missed an opportunity in the past three months to forecast the launch of the Liberals’ Green Energy Plan. With the pretext of jump-starting the national economy in the wake of the pandemic’s fallout, the Liberals are telling Canadians they are ready to “build back better” with a bold, progressive environmental agenda. Their new national Green Energy Plan is expected to be one of the cornerstones placed in the Government’s Throne Speech next week. So, here is background on the genesis and core elements of this plan.

The chief architect of the Liberals’ Green Energy Plan is PM Trudeau’s former chief of staff Gerald Butts. As an ardent environmental activist, Butts has always been the driver of the green agenda for Liberals across Canada. In the 2000’s, Butts was Premier Dalton McGuinty’s principal advisor who designed the bundle of pricey renewables industry incentives introduced in Ontario’s Green Energy Act. He was then instrumental in assembling the package of green promises in the Liberal Party’s 2015 and 2019 election platforms. More recently, he has been counselling an orchestrated lobby by Canadian environmental groups advocating for billions of dollars of government money in “green recovery investments.”

Since 2015, Butts has been central to Canada’s international environmental commitments and to the implementation of the federal government’s carbon tax regime. The PM, Deputy PM-Finance Minister Chrystia Freeland and a host of ministers such as Catherine McKenna, Steven Guilbeault and John Wilkinson are all scripted to suggest that the federal government restore the country’s economy with green investments. To quote the PM: “We need to reset the approach of this government for a recovery to build back better. And those are big, important decisions and we need to present that to Parliament and to gain the confidence of Parliament to move forward on this ambitious plan. This is our chance to build a more resilient Canada, a Canada that is healthier and safer, greener and more competitive, a Canada that is more welcoming and more fair.”

Note the PM’s usage of the term “build back better;” a catch phrase employed by globalists and environmentalists. In Canada, it is a code for “greening” the country’s energy supply; to pursue policies that will subsidize green industries while applying tougher regulations on transportation and oil and gas sectors. As they have with its new laws regulating pipelines and banning oil tankers on the west coast, the Trudeau Liberals are prepared to further throttle back the resource sector. Finance Minister Freeland pulled no punches in her first news conference when she stated: “To the question about decarbonization as part of our economic plan going forward: Of course, it has to be part of it. I think all Canadians understand that the restart of our economy needs to be green.”

The Liberals also intend to jolt Canadians out of their energy habits so that the government may meet its Paris Accord emissions targets. In its Fall budget, the Government has signaled it will introduce a new carbon tax – the Canadian Fuel Standard. This new tax will be an equivalent of $350 per tonne tax on fossil fuels, in addition to the $50 per tonne carbon tax already scheduled for 2022. The tax will directly increase heating and transportation costs for households and businesses and indirectly increase prices of goods and services for all Canadians. John Ivison of the National Post recently sounded the alarm on this new tax, commenting: “As Canadians emerge from COVID-induced hibernation, the Liberal government is preparing a plan to make their lives more expensive to meet its climate targets.”

Canadian main stream media is filled with commentary about green energy and global climate concerns. And serving as a supporting chorus for the Liberal Government has been a new lobby group: the Task Force for Resilient Recovery – an “independent group” of Canadian sustainability leaders, including none other than Gerald Butts and Bruce Lourie, another architect of Ontario’s green program. This Task Force has the inspirational motto “Let’s make that recovery resilient” and its stated objective is to develop “actionable recommendations on how governments can help get Canadians back to work while also building a low-carbon and resilient economy.”

The Task Force released its final report, “A Bridge to the Future,” this week which calls for “five bold moves, supported by $55.4 billion in investments, to kickstart Canada’s long-term economic recovery from COVID-19.” In the report, the group couches its “green recovery investments” as a bridge to “a decarbonized and digitized world” that will take Canadians to “Canada’s natural capital and low-carbon future.”

In reviewing the 22 recommendations made by the Task Force, many are mirror images of the “bold moves” found in Ontario’s Green Energy Act back in 2009. In the $55 billion menu of proposed expenditures is $27.25 billion to be spent on retrofitting existing buildings to “make them more energy-efficient and safer from the effects of climate change.” There are also proposals that call for “new investments” in clean energy, such as hydrogen, and increased production and promotion of zero-emission vehicles. And there is the promise that the billions spent with the green recovery will create construction jobs, develop new green industries, all the while cutting carbon emissions and reducing Canadians’ energy bills.

Echoing the promises told to Ontarians by Premiers McGuinty and Wynne, the Task Force has painted a rosy picture indeed for the Liberals Green Energy Plan. Except consumer watchdog Dan McTeague, of Canadians for Affordable Energy, has fact checked the results of Ontario’s green policies to conclude: “Gerald Butts and Bruce Lourie are two folks well on their way to bankrupting Canada.” McTeague writes, “Ontario residents were not only massively subsidizing the generation of green energy in the first place – they then paid an additional subsidy to other jurisdictions, such as Michigan, to take the energy created “off our hands”… in 2016, Ontarians who were paying $100 in energy usage were actually paying $23 dollars for energy and $77 dollars for… the hidden tax used to pay for the green energy and associated mess-ups.”

In fact, McTeague points out that Ontario residents have paid, and will be paying dearly for the plan devised by Butts, Lourie and the Province’s environmental lobbyists. Ontarians’ energy bills increased 70 per cent from 2008-2016. The Province has some of the highest electricity rates in North America. Ontario’s Auditor General estimated that the Green Energy Act has cost the Province $170 billion over 30 years.

The Toronto Sun editorial team also recently warned Canadians of the potential of repeating Ontario’s fiascos: “Prime Minister Justin Trudeau’s vision of a taxpayer-funded, green energy revolution powering Canada out of the COVID-19 recession is the same one former Liberal premier Dalton McGuinty had in Ontario during the 2008 recession. Trudeau is telling us now, as McGuinty did then, that we can spend ourselves rich by cashing in on a global green energy bonanza.”

Last word to Candice Malcolm of True North media who perhaps put it best: “Trudeau may pretend to be a visionary selling a green new future, but anyone who has lived through the nightmare of destructive green energy policies knows a snake oil salesman when they see one.”