A sliver of light in the economic gloom 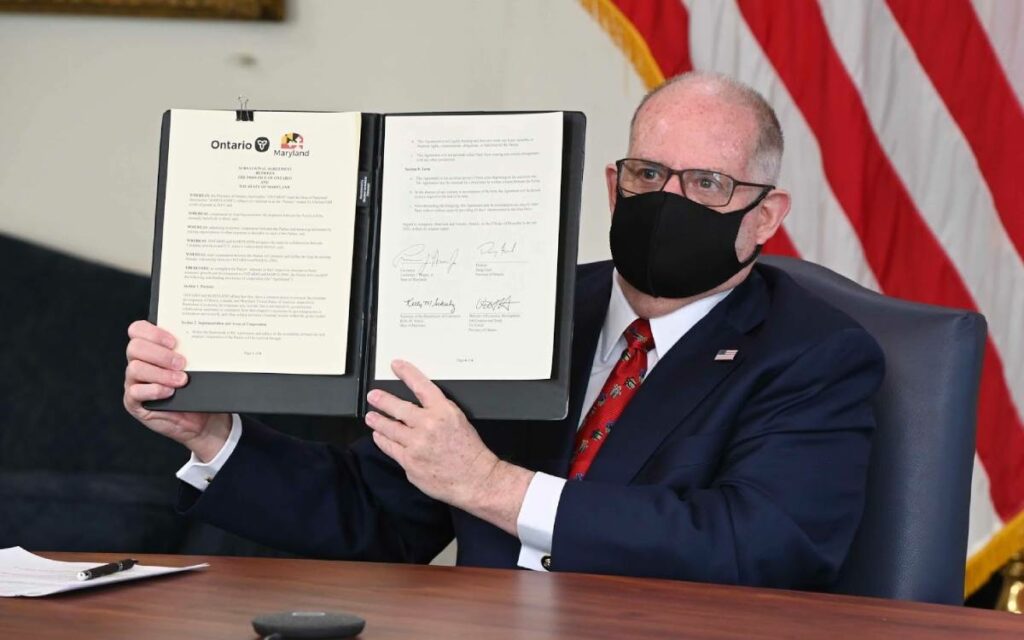 Governor of Maryland Larry Hogan holds up the agreement he signed with Ontario Premier Doug Ford to increase trade, attract investment, and encourage job creation in Maryland and Ontario.

There was very little attention paid to an interesting development that took place this week, a development which should augur well for future economic growth in Ontario.

The governments of Ontario and the US state of Maryland have signed a free trade agreement.  Although country-to-country trade agreements are nothing new, this is the first time a Canadian province has reached such an accord with a US state.

The intention of Ontario’s province-to-state trade thrust is to reduce the impact of US federal Buy America policies, which have been damaging to many Canadian businesses.  Buy America policies have existed in the US since the 1930s.  Despite Canada-US trade agreements, these policies were ramped up under both the Obama and Trump administrations.  Although it is as yet unclear how the incoming Biden administration will deal with this issue, it is not expected that Biden will weaken these provisions given his track record as Vice President in the Obama government.

Concerns about policies such as Buy America will be especially important in the context of a post-covid economic environment when every country will be doing what it can to boost its domestic industry and protectionism is more likely to grow rather than abate.

Vic Fedeli, Minister of Economic Development, Job Creation and Trade, noted the fact that Ontario is the number one economic customer and top export destination for 19 US states, including Maryland. The province-state accords are to be called “SIPAs”, for Strategic Investment and Procurement Agreements, and the sectoral focus of the Maryland SIPA will be advanced manufacturing, infrastructure and agri-food.  The two jurisdictions will also share best practices in areas such as natural disasters, public health crises and other mutual concerns.  A Procurement Cooperation Council is to be created to oversee the implementation of the agreement and track its effectiveness.

Being the much larger player in the overall bilateral trade relationship, the US has often taken Canada for granted and undervalued the importance of Canada to the US economy.  For example, it is likely that few Americans are aware that if Ontario were a country, it would on its own be the US’s third largest trading partner.  Having bilateral agreements between provinces and states can only serve to increase US awareness and appreciation of the importance of its Canadian partners.

The Maryland agreement is not a big deal in and of itself, but it is an important precedent.  If it can serve as a template for many more similar agreements between Ontario and other US states, it has the potential to become a very big deal indeed and some significant good news for the province’s battered economy.  It could also provide a model for other provinces to follow in reaching comparable agreements.  Given current circumstances, we can use all the good news we can get. 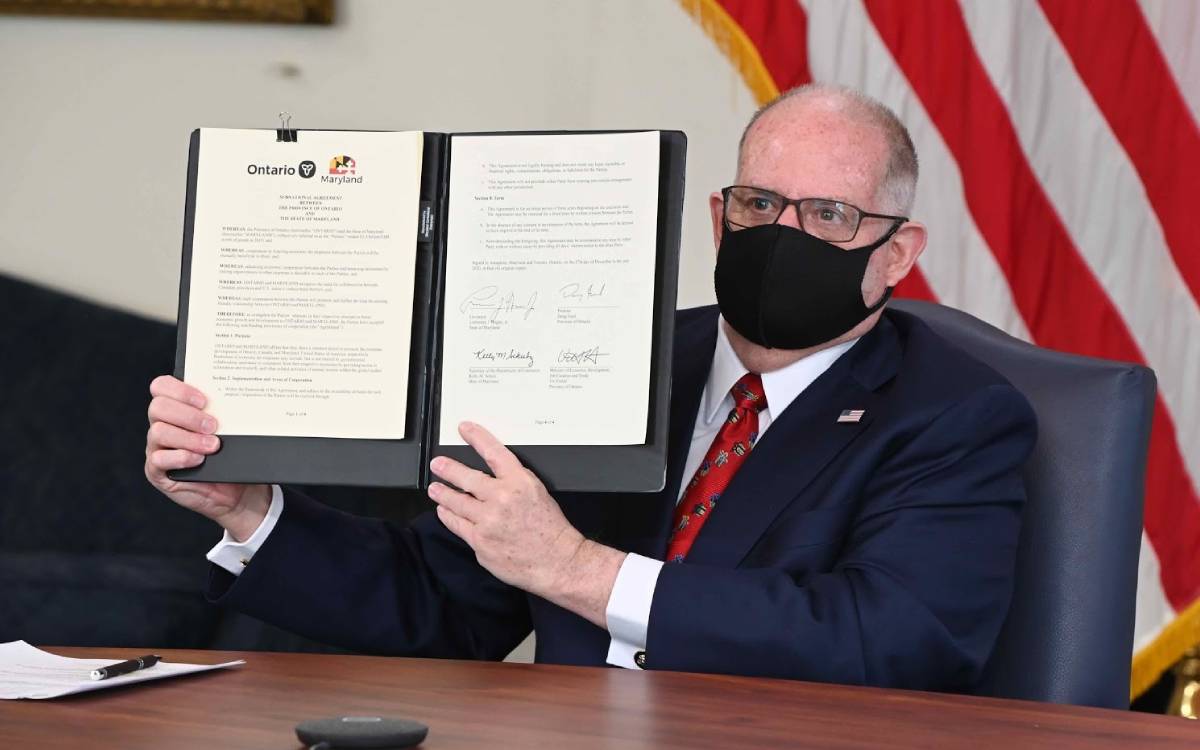