A surprise from Nova Scotia 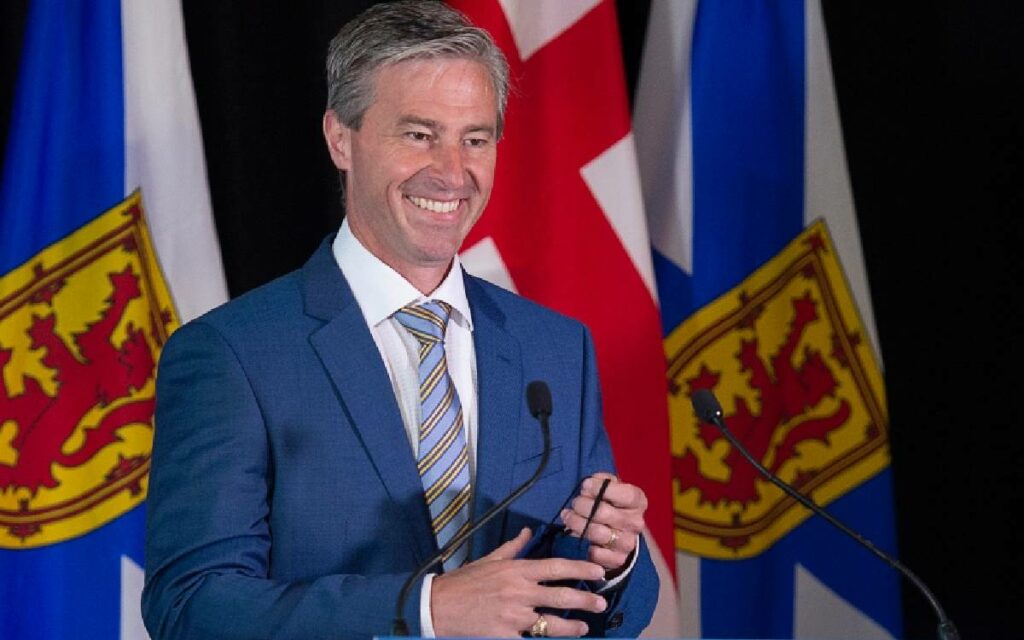 With most political attention focused on the federal scene in recent weeks, the fact that a provincial election was underway in Nova Scotia was largely under the radar of most political observers. That all changed this past Tuesday, when the Nova Scotia Progressive Conservative (PC) party achieved a surprise upset of the incumbent provincial Liberals. This is the first time the PCs have been the government in this province since 2009. The election outcome defied the polls, which had predicted another comfortable Liberal majority. As recently as this past Monday, Liberal leader Iain Rankin was confidently predicting that he would win a majority.

What seemed to turn the tide against the Liberals was a key commitment made by the PC leader, Tim Houston, to significantly increase spending on health care. In fact, the PC platform was actually more “liberal” than the Liberal Party’s, promising increasing spending in a variety of different areas. The Liberals under Rankin ran on a platform of relative fiscal restraint. Conservatives should therefore be wary of being too encouraged by this result, as it could be read as a Conservative in name being elected because he behaved like a big-spending Liberal.

The Nova Scotia PCs also ran a very good campaign and Houston was an effective communicator. The Liberals’ loss could also have indicated that voters were not pleased about a snap election being called for no reason that made sense to voters, much like the federal situation where polls have shown that most Canadians do not want an election right now.

Canadians’ experience throughout the pandemic has certainly shown the many failings of our health care system, which was a key issue in the Nova Scotia election. Health care has not as yet emerged as a leading concern in the federal election, but it is likely to as party platforms are fleshed out and debates take place in the coming weeks. Along the same lines as Tim Houston’s promises in Nova Scotia, federal Conservative leader Erin O’Toole has committed to increasing the annual growth in the Canada Health Transfer to the provinces to 6 per cent from the current 3 per cent. This is a very expensive promise which amounts to about $60 billion over the next decade in additional health care system spending.

Yet if throwing even more money at our broken health care system was the answer, we would already have that “best system in the world” that many Canadians mistakenly believe we enjoy. Canada is now one of the highest per capita spenders in the world on health care, but we produce inferior health care outcomes to many countries that spend much less than we do. A study by the Commonwealth Fund came our earlier this month which examined the health care systems in 11 high-income countries.  Canada ranked tenth, ahead of only the US, despite our high level of spending.

The solution to our health care woes is not yet more money, but structural change that will permit a greater role for private health care providers within the context of a single-payer system, similar to the best health care systems globally. Given the desperate state of government finances at present, the federal Conservatives should be much more cautious in making expensive commitments lest they end up just like the Trudeau Liberals who have repeatedly promised costly programs that never end up being delivered.

The pandemic seems to have made Canadians more tolerant of big-spending governments in general, and it is anyone’s guess whether this will continue or if Canadians will soon revert back to their more typical fiscally conservative roots. As recently as 1995, when the country was on the brink of bankruptcy, Canadians were fully supportive of the then-Liberal government’s serious austerity measures to balance the federal budget and get the country’s finances back on track.

Given the continued big spending plans of so many Canadian provinces and the federal government, we may be facing a debt crisis once again in the near future, despite claims by some politicians that there is no downside to endless government expenditures. Recent increases in inflation are a warning signal that government printing money to finance its excessive spending still has ugly consequences.

Despite the musings of many political pundits, the Nova Scotia election results may end up having zero impact on the outcome of the federal election. But they have certainly pointed out yet again that polls can be very wrong and the electorate volatile, giving hope to Conservatives and others who thought just a few weeks ago that the federal election would be a slam-dunk for the Trudeau Liberals.