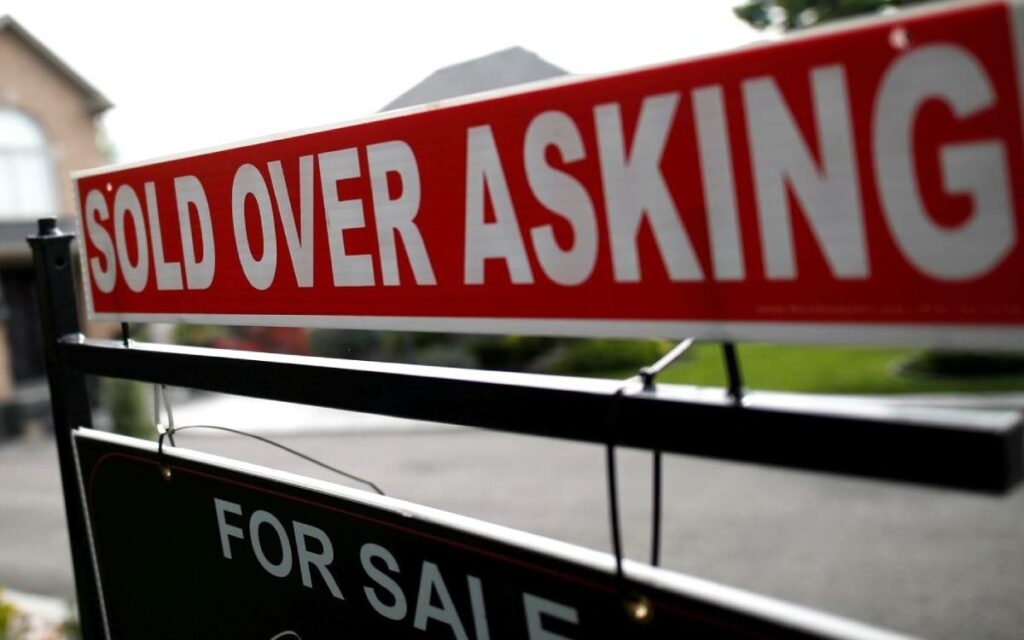 Some explain it as a classic case of supply and demand. Property costs have risen dramatically over the past decade, despite government measures to increase the housing supply and reduce demand. But many economists and housing experts question whether recent proposals by the federal Liberals are sufficient to restore affordability in the Canadian real estate market.

Public opinion company Nanos Research has identified housing affordability as a top issue in the 2021 federal election, noting that the COVID-19 pandemic has caused a crisis in the housing market across Canada, driving up prices not only for those looking to purchase a home, but also those trying to rent. Polling recently conducted by Nanos reported that 78 per cent of Canadians surveyed were supportive of a political party that had a sound action plan to address the issue.

Politicians understand that combating the housing affordability is a balancing act, with the dreams of first-time homebuyers seeking affordable starter homes on one side, and established homeowners who are delighted to see their property values escalate on the other. The September 20 voting behaviour of Millennials, numerically a big part of the electorate, will likely resonate in key urban ridings within Toronto and Vancouver, where housing prices have surged upwards. But Niagara prices have gone stratospheric as well.

According to a Desjardins Affordability Index report in May, Niagara led the entire country in the first quarter of 2021 for its decrease (-14 percent) in terms of a household’s financial capacity to buy a property. An RBC report in June 2021 reported that housing affordability in Canada is at its worst level in 31 years. Still another recent Canadian housing affordability report by RE/MAX found that a third of Canadian potential homebuyers are exploring options to help them get a foothold in the housing market. These include renting out a portion of a primary residence, pooling finances with friends or family to purchase a home, and living with like-minded neighbours in a co-op/shared living arrangement.

Prime Minister Justin Trudeau’s Liberal government unveiled a sweeping housing strategy in 2017 designed to boost supply and ease the affordability crunch for families, but a scathing report this month from Canada’s parliamentary budget officer, Yves Giroux, said that despite ramped-up spending, the plan was falling short of its aim to vastly expand housing affordability.

The Conservatives and New Democrats have released election platforms with measures intended to address the housing affordability issue, primarily targeting new home construction and favourable tax measures. The Liberal government’s latest election pledges include $1 billion in loans and grants to help develop a pathway to home ownership for renters, a First Home Savings Account for those under 40 that would allow them to save and then withdraw $40,000 tax free, and a Housing Accelerator Fund which would provide $4 billion to large cities to fulfill a target of 100,000 new homes by 2025. In addition, Trudeau has said he would force the Canada Mortgage and Housing Corporation to slash mortgage insurance rates by 25 per cent (representing an average of $6,100).

The Liberals are advocating a home buyers “bill of rights” that would ban blind bidding, and introduction of an “anti-flipping tax” on residential properties. The Ontario Real Estate Association (OREA) is bitterly opposed to the elimination of blind bidding, a practise in which home buyers submit a bid without knowing the counter offers. In this scenario, a successful buyer could wind up paying far more than what was needed simply to outdo the second-highest offer. Opponents argue the practice artificially inflates the price of housing, prompting buyers to pay more than necessary for their properties, and driving up property values at a frantic pace.

The OREA’s position is that an open bidding process would encourage live auction scenarios, which could conceivably panic buyers to make rushed decisions. Proponents of blind bidding are optimistic that, since real estate law falls under provincial jurisdiction, the federal government will not be able to unilaterally ban the practice.

All three parties favour restrictions on real estate purchases by foreign buyers. But four-time president and current executive officer of the Niagara Home Builders Association, Chuck McShane, thinks that politicians should stop fixating on internationals, who are often blamed for driving up home prices, despite statistics indicating that less than five per cent of homes in the GTA are foreign-owned.

“That’s a very small piece of the pie,” said McShane. “To me, that’s just [government] grandstanding. There are much bigger issues than foreign buyers. The federal government was nowhere to be found when the lumber prices were doubled and tripled…and that has obviously had a huge impact on the price of a house.”

Getting rid of bureaucratic red tape and NIMBYism are key, argued McShane, who said that the “Not In My Back Yard” attitude is prevalent in parts of Niagara, especially Grimsby and Old Town in Niagara-on-the-Lake.

“We’ve got a provincial government that’s working very hard trying to put a growth plan together. However, there are a lot of vocal groups that are in it for themselves that keep pushing back. And then once again, it’s the NIMBYism, the hypocrisy. We need to understand that our youth and our seniors need places to live. Otherwise, we’ll lose our youth. They’re not staying here. And industries are not banging the door down to come to Niagara, I can tell you that right now.”

McShane believes that most people don’t realize “when a piece of property gets developed, it’s the builder who fronts the money for the roads, sidewalks, and utility services, plus the development charges and land transfer taxes, engineering, and on and on. Those all are absorbed by the developer, who in turn passes on the cost to the consumer.”

The process to have a subdivision site plan approved can take three to four years, said McShane.

“Builders are at the mercy of the municipalities and the political pressure. Most of the planning departments in Niagara are very good to deal with, but it’s the overhead bureaucracy that is pushing the buttons, along with the NIMBYism. The longer we drag on the development process, the higher the price goes up.”

The Canadian Taxpayers Federation (CTF) has suggested that political parties can make life more affordable for Canadians by tackling regulation, high taxes, and run-away spending, noting a Fraser Institute report that indicated the average Canadian family pays 36 per cent of its budget to taxes, a financial burden that has more than doubled since 1961, even after accounting for inflation. The CTF advocates supply-side solutions, such as changing zoning rules, lessening restrictions on agricultural land, and lowering development charges.

And, of course, a priority must be managing the massive national debt. According to the parliamentary budget officer’s projections, on the current trajectory Canada won’t see a balanced federal budget until 2070, which will add trillions of dollars in red ink and be an albatross for future generations of Canadians. 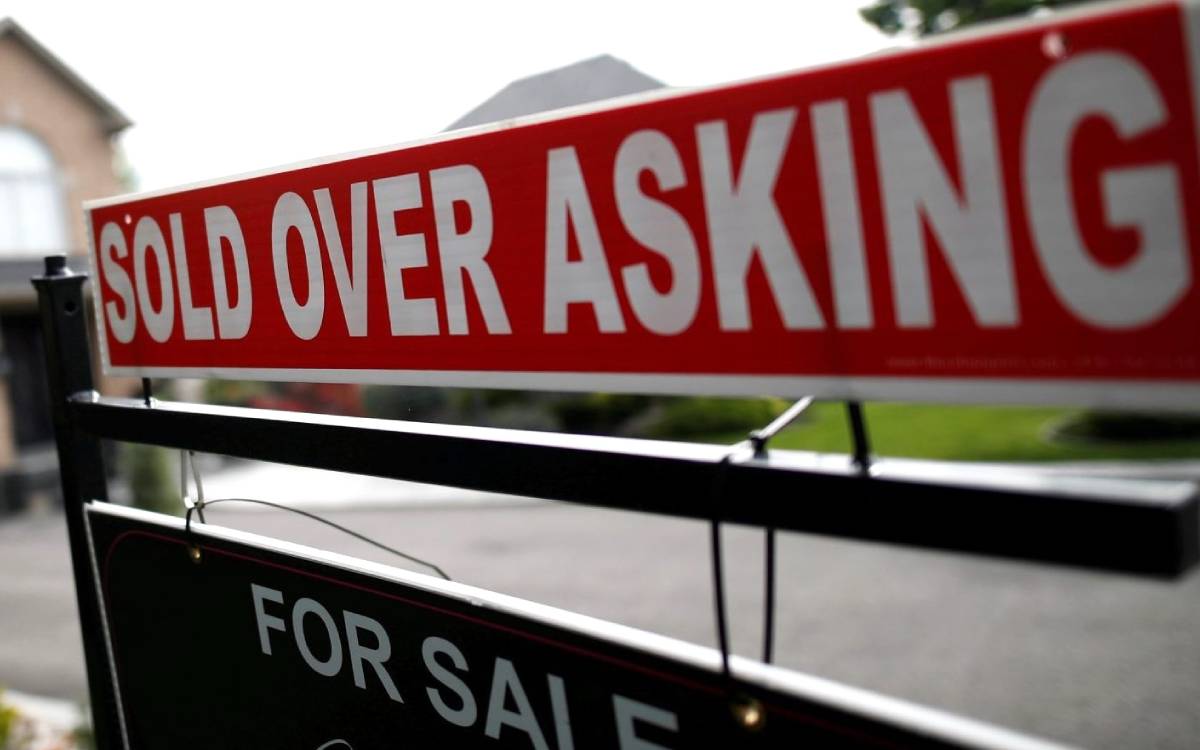