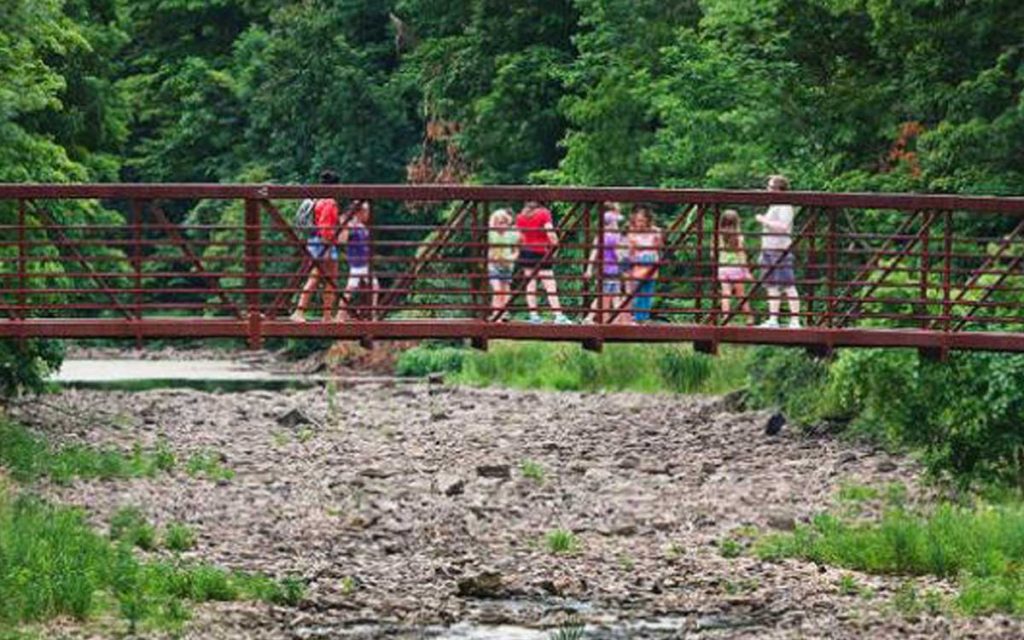 For years now there has been mounting pressure from special interest groups, lead by its new union OPSEU, to investigate the Niagara Peninsula Conservation Authority. Environmentalists felt the Board and staff were too cozy with developers; the developers felt the NPCA were a bunch of tree huggers; and private landowners felt the NPCA had no business telling them what they could or could not do on their own properties.

And then it got political.

The NPCA became the target of many attacks. First, it was about biodiversity offsetting. That issue eventually lost steam because it was realized that the NPCA simply offered up Thundering Waters as a pilot project in response to the Liberal government’s suggestion that Conservation Authorities consider biodiversity offsetting as an alternative solution in some cases. The relatively small but very vocal group of NPCA opponents and agitators moved on to governance issues, then financial management and hiring practices. Numerous allegations were made but almost all were dismissed by police, external consultants and even the courts.

Despite numerous investigations the NPCA Board also agreed to have Ontario’s Auditor General do a full and comprehensive audit into every corner of the organization. The report outlines several recommendations for the NPCA and acknowledges they have already made many positive changes. Lysyk also acknowledges that some issues need to be resolved by the province refining its outdated Conservation Authorities Act.

Ms. Lysyk stated in her report that: “…the governance structure established in the Conservation Authorities Act (Act) and weaknesses in the NPCA Board’s oversight were two of the key contributors to the operational problems at the NPCA that have been the subject of public concerns and criticisms.”

The Report highlights some key areas of concern including: the implementation of four costly organizational restructurings between 2012 and 2017; a significant increase in the time it takes the NPCA to review development proposals; inconsistency tracking or responding to complaints about potential violations. The report went on to say that the NPCA did not adhere to its own policies for the competitive acquisition of some of its goods and services between 2013 and 2017.

The Report did note that; “The NPCA over the last few years has taken steps to improve its business function and has several initiatives under way.” It also noted that; “there were no issues in the NPCA’s management of its flood-control structures, water quality monitoring, and operation of its conservation areas to deliver recreational and educational programs to the public.”

NPCA’s Board Chair, Sandy Annunziata, said in a statement; “On behalf of the Board, I would like to thank the Auditor General, Bonnie Lysyk, and her team, for their efforts over these last 10 months.”

He said the Board has recognized areas for improvement and implemented several changes already in-line with the recommendations in the Auditor General’s Report. “We will continue moving forward by implementing any outstanding recommendations through our Strategic Plan 2018-2021.”

NPCA said in a statement that staff has worked tirelessly to provide the Auditor General’s office with unfettered access to records and information for their report.

“NPCA concurs with, and is firmly aligned with, all of the recommendations of the Auditor General put forth in this report, most of which relate to process improvements and policy refinements,” said CAO Mark Brickell.

Annunziata said the Auditor General’s report not only identifies areas for improvement at the NPCA but her recommendations provide a template for all Conservation Authorities moving forward. He reminded the public that the Board unanimously invited the Auditor General into the NPCA and “we are grateful for her work and professionalism.”

The Ministry of Environment, Conservation and Parks stated in the report that; “The Ministry acknowledges that the NPCA has already taken or initiated a number of steps to help address the Auditor General’s findings and that the NPCA has made additional commitments to making further improvements. The Ministry is committed to working with the NPCA, and monitoring the progress on the implementation of its action plan. In addition, we will work with participating municipalities, and the broader conservation authority community, to more broadly advance some of the Auditor General’s suggested areas for enhanced effort.”

Local PC MPP Sam Oosterhoff released a statement yesterday afternoon. In it he said; “I am encouraged to see the NPCA taking concrete steps to put the recommendations of the Auditor General into effect,” said Oosterhoff. “While there is still a long way to go, today’s report shows that the NPCA is willing to work to regain the public trust.”

The NPCA Board will receive the report at its next Full Board Meeting.

By Kevin Vallier Time To Read: 3 min
Sports Friday Football has all the makings of a classic
National Canadian Government Must Address Impact of U.S. Ta…