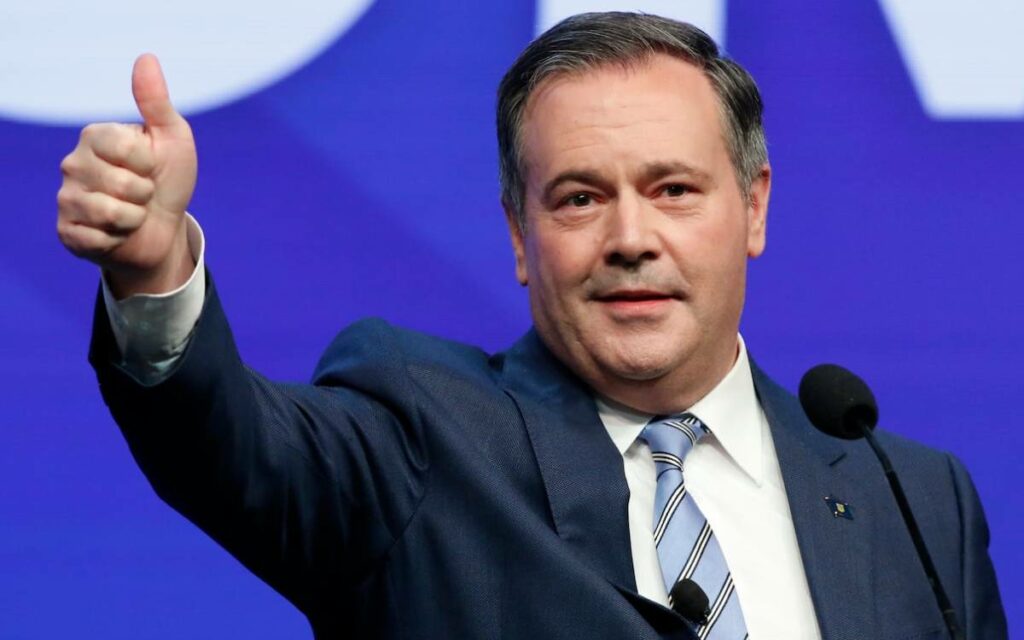 Premier Jason Kenney (pictured) called it a “huge win”. Celebration may, however, be premature. The federal government has already stated that it will appeal the ruling. Photo credit: The Canadian Press/Larry MacDougal

Politicians in Alberta and Saskatchewan were delighted at a ruling earlier this week by the Alberta Court of Appeal to quash federal Bill C-69, the so-called “No More Pipelines” Bill.  The Court stated that C-69 presented a “clear and present danger” to Canada’s constitutional order. The bill had been challenged by the province of Alberta, and Alberta’s challenge was also supported by the government of Saskatchewan.

Alberta Premier Jason Kenney called the decision “A huge win for the people of Alberta”.  The province’s energy minister, Sonya Savage, had claimed that Bill C-69 took “a wrecking ball to the Constitution”. In addition to severely hampering investment in the oil and gas sector, provincial politicians were concerned that the wide scope of the bill could have negative impacts on any major future infrastructure project.

Celebration may, however, be premature. The federal government has already stated that it will appeal the Alberta court’s ruling. This is the same Alberta court that found the Trudeau carbon tax to have been unconstitutional, but that decision was subsequently overturned by the Supreme Court of Canada. It is rare that the Supreme Court would overturn legislation passed by a sitting federal government. But what may motivate the top court to reach a different decision this time than it did in the case of the carbon tax is how the world has dramatically changed in the intervening period.

The importance of energy security has risen to the fore in the wake of the Russian invasion of Ukraine. In addition, the pursuit of impractical “net zero” policies, which encouraged many developed countries to move away from reliable, affordable fossil fuel energy sources in favour of unreliable, costly renewables, has been shown to be a foolish and damaging policy choice.

While the Harper government respected the constitutional role and responsibilities of the provinces, Trudeau has made a habit of interfering in areas of provincial jurisdiction. This has taken place in energy policy and most recently in his interventions into the childcare and dental care realms. The Trudeau government has also been criticized from within its own ranks by both former Attorney General and Justice Minister Jody Wilson-Raybould and others that there was too much political interference in the judicial appointment process. Wilson-Raybould had previously noted the existence of political pressure in the judge selection process, and the impact this could have on decisions of the courts. Another Supreme Court decision overriding a provincial court on issues such as C-69 will raise these issues once again. Canadians should be concerned about ongoing federal interference in provincial affairs as well as the process to select judges, as these practices work to undermine confidence in our political and judicial systems.

In other energy industry news, the federal government also recently approved a $10 billion “loan guarantee” for the Trans Mountain pipeline. This is the pipeline the Trudeau government decided to buy for $4.5 billion taxpayer dollars back in 2018 when the private sector – people that actually care about financial feasibility – wanted nothing to do with Trudeau’s policies such as Bill C-69. The cost of the pipeline since the federal government took it over has predictably ballooned from $12.6 billion to $21.4 billion, and we likely haven’t seen the last of the cost overruns that all government-run projects seem to experience. Government officials claimed the $10 billion loan guarantee won’t actually cost taxpayers anything, but we know how those promises have played out in the past.

The fact that the federal Liberal government continues to punish Western Canada’s oil and gas industry by discouraging private sector players from building much-needed pipelines and other industry infrastructure by passing laws such as Bill C-69, all while wasting billions of dollars of taxpayer’s money ragging the puck on the Trans Mountain pipeline, has the double whammy impact of keeping gas prices ridiculously high and simultaneously squandering billions of tax dollars on a project that could have been done by the private sector with no taxpayer support at all.

The Trudeau Liberals have created the perfect storm of disastrous energy policy for Canadians. And it’s not over yet.