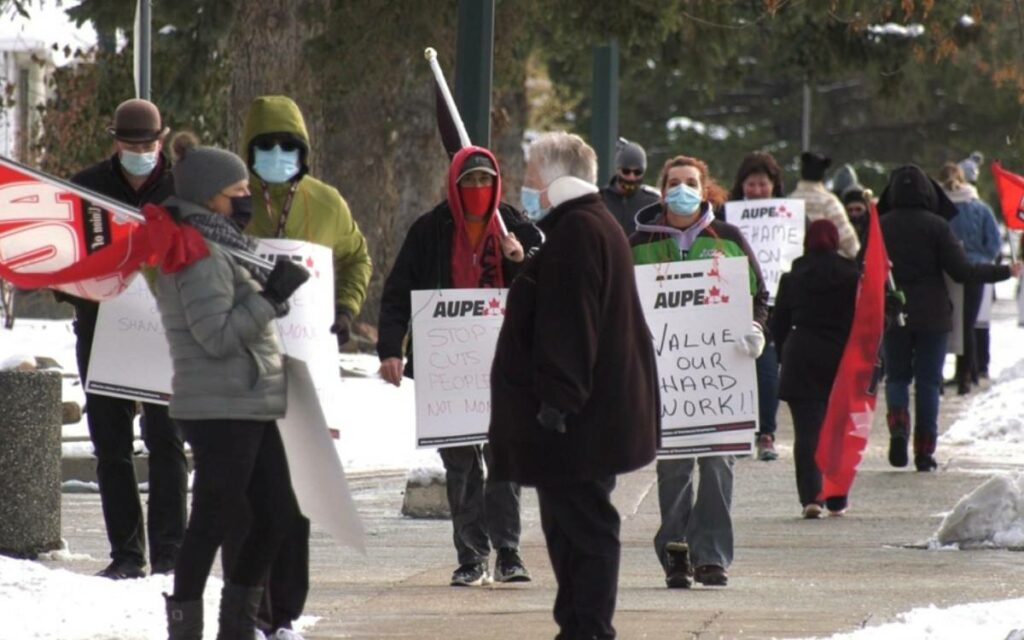 Workers from Chinook Hospital in Lethbridge joined in an Alberta-wide wildcat strike Monday.

While most parts of society are attempting to be constructive during our current difficult times dealing with the COVID-19 pandemic, labour unions continue to make life more difficult than necessary at a time when things are already plenty difficult enough.

The most recent example took place in Alberta, where some health care workers under the auspices of the Alberta Union of Public Employees decided to stage a wildcat strike last Monday, as a protest against some hospital work being privatized.  The workers were quickly legislated back, but not before many procedures had to be cancelled and many patients greatly inconvenienced, or worse.  Most of the cancelled procedures were things like knee, hip and shoulder procedures, gall bladder removals and other surgeries not classified as life-threatening, although delays can mean that a person’s condition deteriorates so that the patient is considerably worse off for the delay.

Other procedures that had to be postponed were diagnostic in nature, and could have much more serious consequences if, for instance, something like cancer did not get diagnosed at an early stage.  Whatever the case, the implications of this illegal strike were not trivial for many Albertans, and should never have happened.

Striking union members also claimed to be protesting the cuts in health care spending under Premier Jason Kenney.  The only problem with this claim is that it is a complete lie.  There have not been any cuts to health care spending in Alberta. In fact, the province is spending more than it ever has on health care and many other government services.

Canadians have seen public sector unions use the same dishonest argument in other provinces, notably Ontario.  Unions constantly talk about how the Ontario government has cut spending in education and health care, when the truth is that spending continues to grow in both areas.  Despite the fact these claims are not true, many people and even some media continue to parrot these dishonest statements as if they were accurate.  Public sector unions will always aim most of their criticism at conservative governments, as those governments are more likely to balance union demands with those of taxpayers, while Liberal and NDP governments have a history of favouring union interests over those of the majority of citizens who are neither government employees nor union members.  These partisan sentiments are what is largely behind union criticisms of the current Alberta and Ontario governments.

What the wildcat strike in Alberta primarily demonstrated was that the unionized employees believed their minor grievances justified their imposition of significant negative health consequences on average Albertans.  Government employees enjoy better pay and benefits than their counterparts in the private sector, and many people found it disgraceful striking workers believe their interests outweigh those of the people that pay their salaries, particularly where crucial health issues are at stake.  This is especially relevant in the context of the pandemic, when no government employees have suffered an interruption in their income while so many people in the private sector have been financially devastated.

The jobs that are to be privatized by the Alberta government are such things as laundry services, laboratory tests and other non-medical functions.  Many of these services have already been privatized in Alberta and other provinces without any change to service quality and at lower cost to taxpayers.  It is a perverse aspect of union control over such public services that the union continually seeks to increase costs to government by way of never-ending pay hikes to employees, then protests mightily when a government is forced to seek cost savings.

Considering that health care costs have grown by much more than inflation for years, and that health care spending is rapidly approaching half of virtually all provincial budgets and threatens to crowd out other public services, all governments need to be constantly looking at ways to save money in health care without compromising services.

The best solution for all provinces would be to emulate the countries that have much better health care quality than Canada at lower cost and permit the growth of a parallel private sector system under a single payer structure. This is not the dreaded “two-tier” health care that the opponents of change warn about, but rather a system that would get away from having the unhelpful public sector unions monopolize primary care and introduce competition that is proven to increase quality and efficiency while containing costs.  The most vocal opponents to such a change are the unions and their supporters, who naturally would lose bargaining power and might have to actually be responsible and stop working against the interests of taxpayers and patients, as they so often do.

Considering the way public sector unions have behaved in this recent strike in Alberta, and elsewhere over the years, taxpayers should be overjoyed to see their monopoly eliminated in favour of a more modern, efficient system that continues to provide universal access at a sustainable cost. 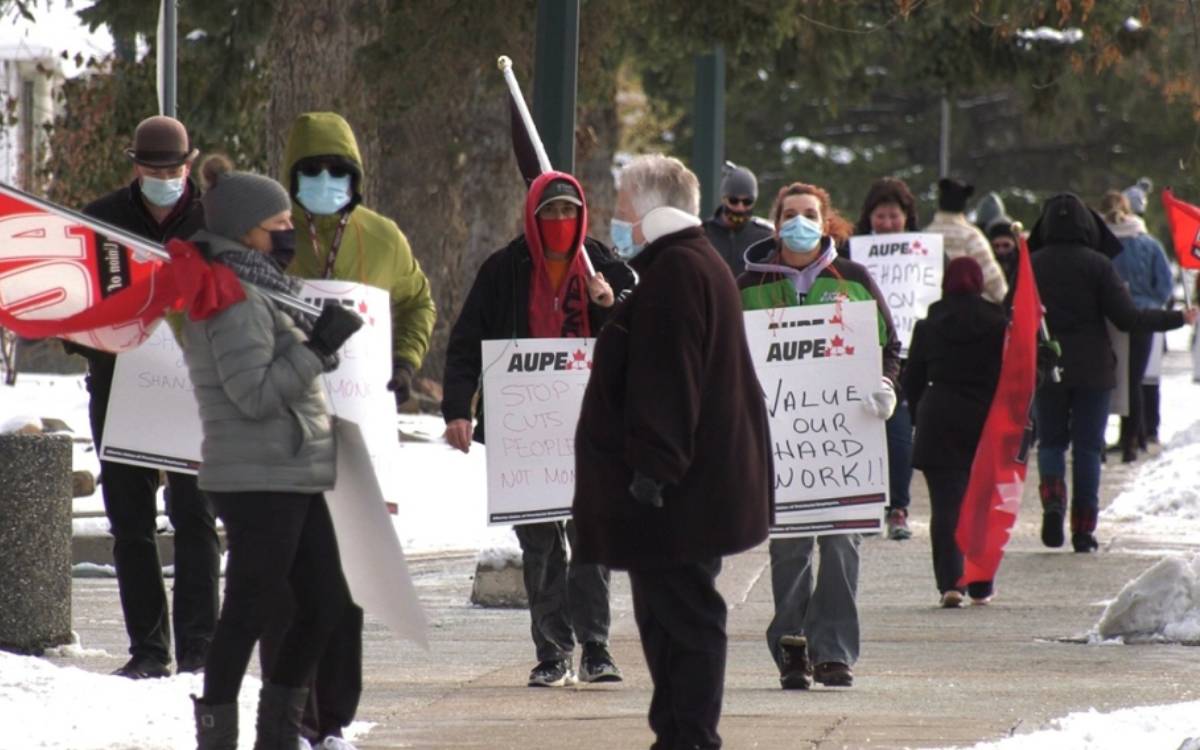