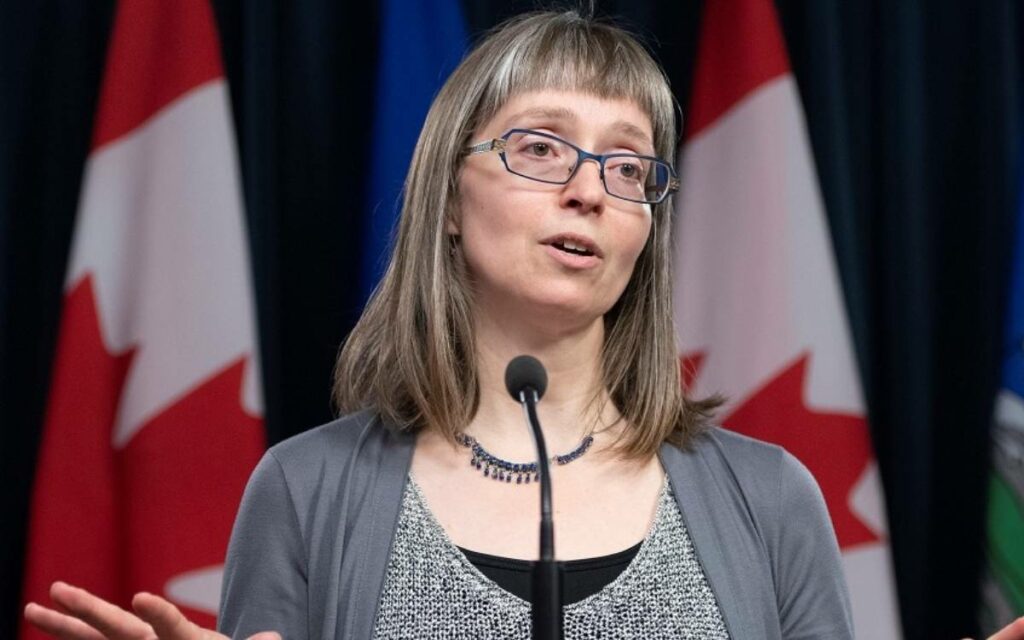 Late last week, the Alberta government announced the most comprehensive lifting of pandemic restrictions that has taken place in Canada.

All provinces have opened up their economies to varying degrees in recent weeks, as vaccination rates continue to rise and case numbers decline, but Alberta’s changes are the boldest to date. The province’s Chief Public Health Officer, Deena Hinshaw, surprised many by removing the requirement to self-isolate for anyone who tested positive for the virus or had contact with someone who tested positive, although self-isolation is still being recommended under these circumstances. In other words, the Alberta government is expressing confidence that citizens will do the right thing and isolate themselves if necessary, without a heavy-handed government dictate to do so. Considering that most Canadians are responsible types, this is a reasonably safe bet and a refreshing change from the punitive policies of many governments we have seen far too much of during the pandemic. Mandatory masking is also to be eliminated, although masking in some high-risk environments will still be required. The province also plans to cut back on testing in general, particularly of asymptomatic individuals.

These changes will mostly take effect in the middle of August.

Currently, about 75 per cent of eligible Albertans have received one dose of vaccine, and about 65 per cent are fully vaccinated. Cases of the virus have risen in Alberta in recent weeks, with 95 per cent of new cases taking place in the unvaccinated population. Dr. Hinshaw noted that there would still be testing for severe cases of the virus, and that monitoring and oversight of outbreaks in high-risk environments would continue, among other basic pandemic measures. Should hospitalizations sharply increase, health officials will be prepared to react accordingly. She also stated that some of the rationale behind these changes was that with the imminent arrival of the regular flu season, it would not be possible to continue to expend scarce health care resources testing people with mild symptoms for COVID-19 while other seasonal bugs were proliferating, and that as vaccines had proven to be effective, the COVID-19 risk had diminished commensurately.

As expected, the critics were out in droves, claiming that the province was moving much too fast and that the planned reliance on things like hospitalization numbers instead of more widespread testing was overly risky, and doom and gloom was sure to follow. Much of the opposition, however, was organized by the usual suspects that oppose anything the UCP provincial government does, namely the public sector unions and their enablers in the opposition NDP.

The medical community in every province has generally been extremely cautious throughout the pandemic, erring on the side of caution and encouraging more severe shutdowns with little concern for the impacts on the economy, mental health and other factors. The Alberta Medical Association agreed with the general direction of opening up the economy, but said that the pace was too fast, especially in light of the unpredictability of new variants of the virus.

Throughout the pandemic, Canadians have been notably more gun-shy about the virus than people in many other countries and especially as compared to the US. We have also been more accepting of vaccination against COVID-19, in contrast to the US experience where significant numbers of vaccine holdouts are the reason for virus outbreaks in a number of locations, usually due to the Delta variant’s virulence. Despite our classic Canadian caution, however, we have not had a measurably better overall pandemic experience than many other countries that pursued less restrictive economic and social policies.

In general, provincial governments have prioritized minimizing the immediate negative impacts from infections on citizens’ health and the health care system over the medium- to longer-term damage done to businesses, the economy generally and people’s mental health.

Now that we are about a year and a half into the pandemic, there are a growing number of analysts who suggest that these long-term downsides could prove to be worse than the more immediate impacts, and that with hindsight we will see that governments overreacted with more restrictive measures than were necessary in their understandable zeal to avoid sickness and death. The latest move by Alberta will put this theory to the test. The many haters of all things Conservative would love to see this experiment blow up in Alberta Premier Jason Kenney’s face. But a more objective perspective is that we should all hope Alberta’s gamble pays off, and paves the way for fewer restrictions across the country and a faster economic and social recovery than would otherwise take place.