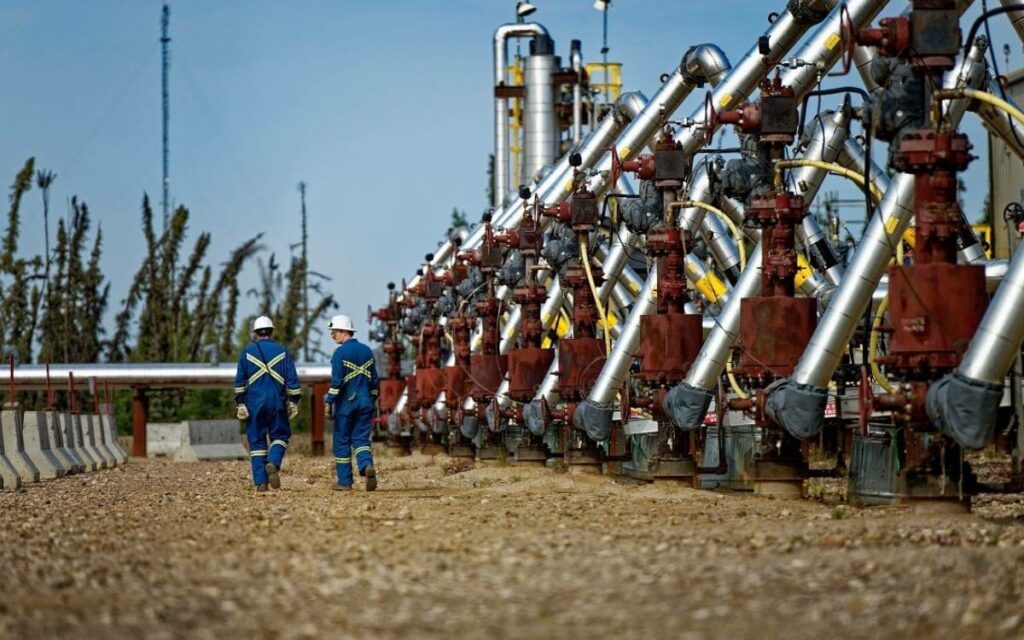 The oil and gas industry has proven that major environmental benefits can be achieved through innovation and creativity without threatening energy security, affordability, and a decent standard of living for Canadians. Photo credit: Cenovus Energy

I spent a few days this week in Calgary attending a conference of energy industry executives, and it’s fair to say the mood was pretty upbeat. The fact that energy prices have returned to relatively healthy levels certainly didn’t hurt, but much of the optimism was also driven by all of the interesting innovations underway in the industry and the opportunities they create for future growth and new market possibilities.

Unfortunately, many Canadians buy into the fiction that Alberta’s energy sector is some large polluting machine that is a black mark on Canada’s reputation and a drag on our economy. Although that might be the narrative promoted by climate alarmists and sadly even some members of our Liberal federal government, nothing could be further from the truth.

In recent years, the Canadian industry has invested billions of dollars and much effort into technologies that have succeeded in significantly reducing emissions and has become a world leader in this pursuit.  The fact that the Canadian oil and gas sector represents about 10 per cent of Gross Domestic Product (GDP), 20 per cent of Canada’s exports, more than half a million good jobs and tens of billions in tax revenue to governments is yet another reason the industry should be encouraged, not constantly and dishonestly attacked.

Oil and gas industry leaders have also been vindicated recently by the hard energy realities facing Europe in the wake of the Russian invasion of Ukraine. The people who truly understand how energy markets work have known for years that the upbeat mantra of the “green” movement that we could rapidly transition away from fossil fuels to renewable energy sources with virtually no downside was a bald-faced lie, and that any such transition could only take place by spending massive amounts of taxpayer dollars on subsidies of uneconomic, costly and unreliable renewable energy sources, while imposing serious hardship on the standard of living of average citizens.

The dishonesty of this approach is now being demonstrated in real time in Europe as countries that foolishly rushed into excess reliance on energy sources such as wind and solar while reducing dependable nuclear and fossil fuel power generation are finding themselves with an energy crisis on their hands and effectively complicit in enabling Russia’s invasion of Ukraine. Energy industry experts have been warning about the perils of attempting such a rapid energy transition for years, only to have it fall on deaf ears of governments and the climate change proponents, all of whom continue to enrich themselves personally by the continuation of the green energy fantasy.

In addition to having major negative geopolitical repercussions, the fact that Western nations like Canada and the US have discouraged conventional energy project and pipeline development for years has now led to shortages that are sharply increasing energy prices and driving record levels of inflation. It was beyond ironic when the US recently found itself in the awkward position of having to ask unsavory regimes such as Saudi Arabia and Venezuela to increase their oil supplies to the US as it sought to eliminate its imports of Russian oil and gas.

The fact that global events are proving the green policy advocates wrong did not, however, deter the Trudeau government from imposing some draconian new emissions regulations on Canada’s oil patch this week. The new rules require a massive drop in emissions of 42 per cent by 2030. As is customary with this Liberal government, there was very little detail as to how this extreme goal was to be achieved.  Indeed, it was informally rumoured that even the government officials involved were aware such radical emissions targets were unattainable, but the government believed they had to announce something dramatic to retain their climate credibility.

In announcing the policy, Trudeau couldn’t resist taking a cheap shot at the industry by stating “Big oil lobbyists have had their time on the field.” It’s doubtful he would say the same about the “big environmental lobbyists” who continue to have their way with billions of taxpayer dollars in their promotion of policies that damage the Canadian economy and undermine national unity. Although this announcement did dampen somewhat the optimism at the energy conference, there was also a sense of resignation in reaction to yet another unrealistic announcement by a government that has a reputation of talking big yet rarely if ever delivering on their grandiose promises.

Thankfully, events in Europe and here at home are leading many Canadians to wise up to the real energy story and not the fairy tale promoted by many politicians and climate zealots. The Canadian oil and gas industry has proven that major environmental benefits can be achieved through innovation and creativity without threatening energy security, affordability, and a decent standard of living for Canadians. We can only hope governments catch on to what’s really happening before too much damage is done.  Leaders in the oil and gas industry have shown how true progress can be made and lead the world in the process. They should be celebrated, not vilified.