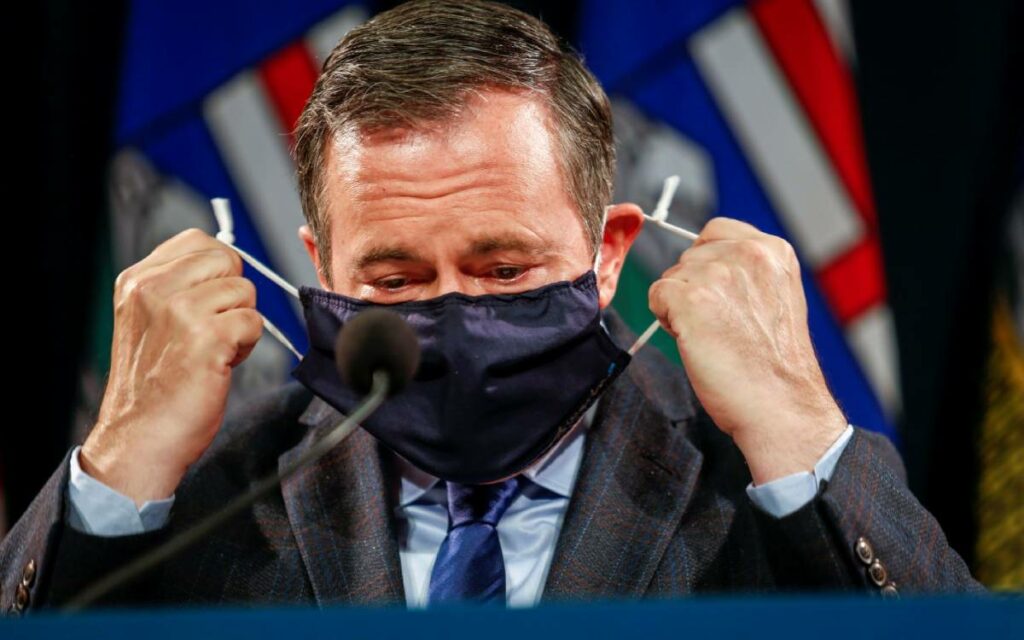 A few months ago, Alberta premier Jason Kenney decided to roll the dice and, in concert with the support of health authorities in the province, pursued the most aggressive opening of the economy that has taken place anywhere in Canada since the pandemic began. This was not an unreasonable course, considering that many other jurisdictions around the world had also opened up to similar degrees without experiencing a surge of COVID-19 cases and hospitalizations.

But as we now know, the Alberta government’s decision has not been a success, and recently was reversed in an attempt to stem growing cases of the virus and reduce pressure on the health care system. Kenney has also changed his tune on introducing a vaccine passport system, something he claimed he did not support some months ago.

What is interesting is that the actual data on COVID cases in Alberta is not as extreme as the headlines would suggest. There has certainly been a surge of cases in recent weeks, but comparatively speaking Alberta’s numbers throughout the pandemic have not been as severe as some other provinces. For example, Alberta has roughly half the population of Quebec, yet Quebec has had more than five times the deaths from COVID-19 than Alberta, and significantly more than Ontario despite having only 60 per cent of Ontario’s population. Vaccination rates in Alberta have also lagged the rest of the country somewhat for months, contributing to the increased case counts.

What seems to have turned the tide for Alberta’s policy was the threat that the health care system could be overrun by cases in hospitals and ICUs. The fact that provinces with conservative governments have been treated much more harshly in the media than provinces with governments of other political stripes, regardless of the actual data, demonstrates once again the partisan bias of much of the mainstream media.

Not surprisingly, the situation in Alberta became an issue in the federal election. Liberal leader Justin Trudeau had been searching in vain for a so-called “wedge” issue with which to vilify the Conservatives, and after many attempts that did not pan out, the Liberals thought they could use the pandemic problems in Alberta to claim that the federal Conservatives were somehow at fault. However, many provinces with conservative governments had very good records of pandemic management, so presumably if federal Conservative leader Erin O’Toole was somehow to be deemed responsible for the problems in Alberta, he should also be credited with the success of conservative governments elsewhere in Canada.

All in all, the notion that O’Toole should be associated with Alberta’s failed attempt to open the economy earlier than in other provinces was foolish from the get-go. Over the past few days, O’Toole has been grilled relentlessly by the media about the Alberta situation, and the Conservative leader has done his best to avoid answering many of these questions. What is ironic is that much of the mainstream media has been highly critical of O’Toole for being somewhat evasive about Alberta, while Trudeau has been ducking most media queries on a range of topics for years – and especially during the pandemic – without most media being particularly concerned.

The bottom line is that Alberta took a risk, and it did not pan out as hoped. Kenney is now suffering the blowback in the form of negative public opinion and criticism from opposition parties, among others.  Some observers have commented that this is the end of Kenney’s political career, but the next Alberta election is still almost two years away and much can change in that time.

Governments are often criticized, and rightly so, for being overly cautious and not making bold decisions. Alberta’s recent experience is a classic case of why governments rarely want to pursue anything but the blandest, risk-averse policies. The perverse aspect of this situation is that, if the Alberta strategy had been a success, Jason Kenney would have been a hero.