All in the family – Nicholson follows father’s footsteps 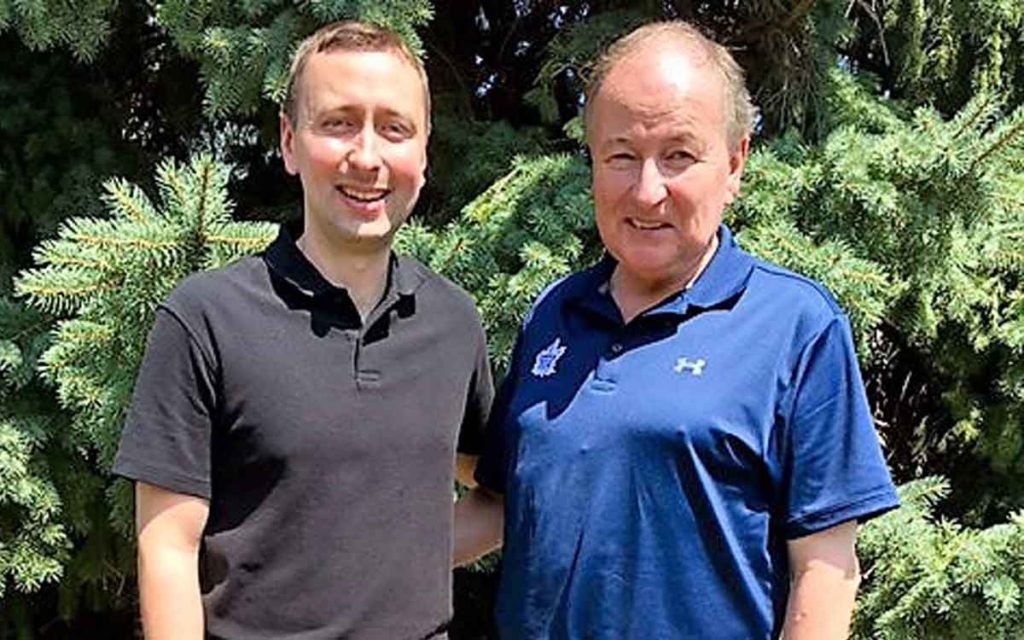 He was just two years old when his father was first elected as the Member of Parliament representing Niagara Falls, Niagara-on-the-Lake and Fort Erie. Since that 1984 election win, Niagara Falls Regional Councillor candidate Peter Nicholson has grown up surrounded by politics of the highest level and took a keen interest in politics watching and learning from his father, Rob, a highly respected MP now serving as the Conservative’s Shadow Minister for Procurement and Public Affairs. Throughout his career the elder Nicholson also held the positions of Minister of Foreign Affairs, Minister of Justice and Attorney General of Canada.

Peter has two siblings, an older brother and younger sister. Although they are very supportive of his political ambitions he says: “they’ve left the politics to me”. The 35-year-old Nicholson said his parents were proud of him when he first informed them of his intentions to run for Regional Council in the upcoming election. “My dad was very encouraging and told me to always listen to people and work hard,” he said.

While seeing his son step up and run for public office puts a smile on his face, Rob Nicholson says he never pushed any of his children into the business of politics. “Peter always took an interest in politics. He would volunteer with community organizations and that would certainly make me happy but I never told him he should do those kinds of things,” said the long-time MP. In addition to his time representing Niagara Falls in Ottawa, Rob Nicholson also served as a regional councillor. “I loved the years I was at the Region, I took a great deal of pride in my time there and now I am hoping Peter will do well too.”

When asked what the number one issue is he’s hearing at the doors, Peter said it is support for seniors. “We have a large population of seniors in Niagara and people want to make sure the services seniors require are there now and into the future.” Nicholson said he wants to put the focus back on the residents instead of the politics at Regional Council.

While partisan politics has always crept into municipal and regional council chambers, it’s no secret that it has been more apparent during the past couple of regional council terms. It’s been inflamed by groups like the far left-wing group, A Better Niagara, whose mission appears to be to take down any and all “conservative” regional councillors.

Nicholson said he’s not concerned about being labeled a conservative. “I want to work with others at the Region and maintain good relationships. We need to work together as a team,” he explained. “I think you need to take an issue by issue approach and do what is best for Niagara.”

Although campaigns can get ugly nowadays, particularly with the use of social media and the personal attacks on candidates, Nicholson said he has been pleasantly surprised by how cordial the Niagara Falls regional council race has been. “I’ve met a lot of the candidates I am running against and I have found them to be very respectful.”

As the second generation of Nicholson family continues to pound the pavement and knock on doors in hopes of his first political campaign victory, there is no doubt about the impact his father had on getting Peter to this point. “I’ve seen firsthand the difference someone can make when they put their name forward for public office. I’ve seen my father help a lot of people and I feel like I can contribute to the success of the Region.”

Peter says his father reminds him to simply, “stay true to your values”. It’s sound advice from one of the most successful politicians in Niagara’s history.

Nicholson will have to battle for votes against incumbents Bob Gale and Selina Volpatti. Gale led the polls for the Niagara Falls regional seat in 2014 and has been a very active and strong member of council on most of its major committees. Volpatti is an experienced and very active councillor who chaired the Region’s Planning Committee the last four years. She is widely credited with making that department more efficient, cooperative and accommodating with economic development issues.

Barb Greenwood, a former Tory, was deposed by Niagara Falls voters in the 2014 election after  one-term on council where she more often than not voted the opposite to her fellow Niagara Falls councillors Bart Maves, Volpatti and Mayor Diodati‎ – disregarding her own hometowns’ interest on many occasions.

Finally, Nicholson will also have to fend off Chris Rigas who is a newcomer to Niagara politics but proving to be an effective campaigner. Rigas is from a prominent and well-liked Greek family in the Falls. They own multiple restaurants in Niagara Falls and Niagara-on-the-Lake and are generous community supporters. Rigas himself brings a strong business background and seeks to bring his common sense approach to the Region.

All in the family – Nicholson follows father’s footsteps