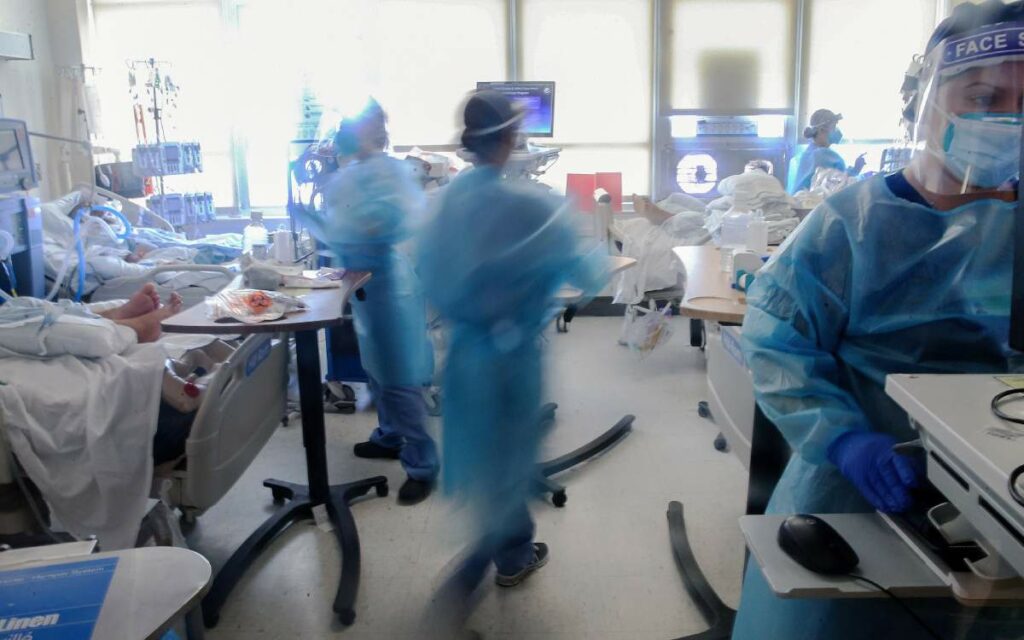 The status quo cannot be sustained, but getting over our societal paranoia about “innovation” in health care and the bureaucratic inertia that comes with change will be challenging. Photo credit: Getty Images/Mario Tama

For a generation – or two – we lulled ourselves into the complacent belief that our health care system was “better”, particularly when compared to the U.S. A classic case of fiddling while Rome burned.

We are now paying the price for that attitude. COVID has destroyed the fantasy and replaced it with the reality of a system that is failing and has been for a time. And our sick are paying the price in continuing pain, deteriorating quality of life, bad treatment outcomes and quite frankly – death. People are dying today who might have lived if the health care system in this country was working the way it is supposed to.

It is not simply a question of more money, although that is always useful. Most provinces are already spending almost half their budgets on health care with no sign that spending hikes will stop.

We have two other problems that are undermining our chances of fixing the system, regardless of how much we are willing to spend.

The first is the paranoia that any talk of “innovation” in health care, or of exploring more public-private partnership solutions will destroy our universal, publicly funded system. The fact that the status quo is already doing that doesn’t seem to matter. Nor does the fact that there are solutions out there, other jurisdictions who have developed new delivery and funding systems that blend the best of the public and private sectors at less or comparative costs and with better outcomes.

The second is just plain bureaucratic inertia. Anyone who has worked in government is familiar with the problem. It takes more than simply issuing press releases or directives. Driving reform through a bureaucracy, even one that is supportive of the approach, takes considerable skill and determination from elected leaders with focus and clear objectives.

A recent example of both problems is playing out in Ontario now.

Back in the summer, Health Minister Sylvia Jones announced that the government was going to tackle part of the surgical wait list problem by using stand-alone clinics for high-demand surgeries. The concept has been supported by the Ontario Medical Association (OMA) who represent the province’s physicians.

Immediately the debate broke out – should they be private, for-profit clinics or be limited strictly to non-profits?

The OMA insists that the clinics must be not-for-profit. But as Post Media columnist Brian Lilley pointed out, it will take time to set these new clinics up while there are already private clinics in existence (such as the Shouldice Clinic or the Kensington Eye Institute) who could start cleaning up the backlog for some kinds of surgeries in short order.

But the bureaucracy largely favours status quo options and not-for-profit models and hence the delays. One example he cites is that it was more than two years ago that the Ford government put out a request for proposals for private clinics to help clear the backlog of cataract surgery. So far, progress appears to be stalled.

It should be stressed that whether public or private sector clinics deliver these procedures, patients will continue to pay for insured services with their OHIP card, not their credit card. The government continues to be very clear on that point, as they should be.

Are private clinics the perfect answer, of course not. There are issues to be sure, but there are also appropriate solutions, like good regulation and outcome measures.

In the meantime, the system is in crisis and patients are suffering.

The Ontario Government’s bottom line must be how best to provide solutions quickly and effectively, not on what options meet a policy purity test.

As Winston Churchill is reported to have said “never let a good crisis go to waste.”