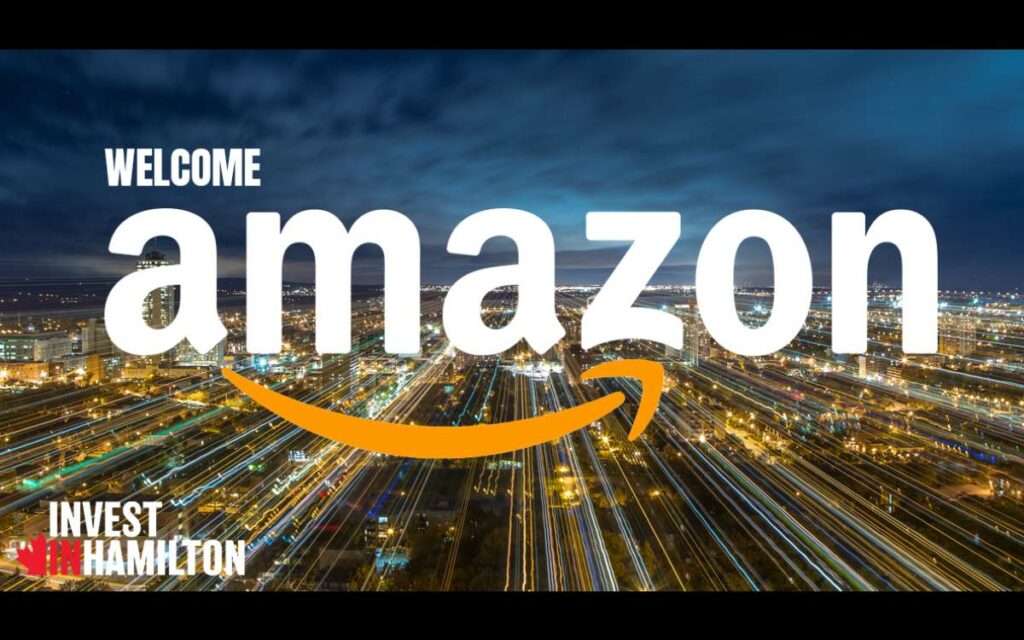 Hamilton has landed the big one.

Earlier this week, Amazon Canada announced their intent to create a fulfilment centre and delivery station in Hamilton. It will be one of the largest local investments in terms of square footage in the City’s history and is expected to bring over 1,500 new jobs when the facilities are scheduled to open in 2021.

Amazon Canada’s plans include a new 855,000 square foot fulfillment centre to be located in Mount Hope adjacent to John C. Munro Hamilton International Airport (ranked the fastest growing in North America). Employees at this location will work alongside Amazon robotics to pick, pack and ship small items to customers such as books, electronics and toys.

Hamilton Mayor Fred Eisenberger thanked Amazon Canada for investing in Hamilton. “Today’s announcement signals to the world that Hamilton remains the top destination in Ontario to grow, innovate and do business,” said the Mayor.  “I am pleased that this significant investment will create 1,500 full-time jobs for the people of Hamilton. This is the beginning of a strong partnership with Amazon Canada and I look forward to our continued collaboration in the future.”

“Hamilton has been working to secure an investment from Amazon since 2017,” said Brock Dickinson, an economic development expert who has advised both the City of Hamilton and the Hamilton International Airport in the past. “Often, the biggest successes in economic development come from building and nurturing long-term relationships with potential partners and investors.”

With a renewed focus on air cargo/transportation, the City of Hamilton now has a prime opportunity to develop and promote the Airport Employment Growth District (AEGD) as a North American Gateway hub for logistics, distribution and goods movement, and to develop a Hamilton alliance with partners to jointly market opportunities for development and increase the awareness of Hamilton’s infrastructure strengths.

“Hamilton is home to Canada’s busiest overnight express cargo airport, the busiest port on the Canadian Great Lakes and one of the lowest rates of traffic congestion in the Greater Toronto/Hamilton Area (GTHA),” said the City’s economic development director, Norm Schleehahn. “With Amazon Canada’s announcement of their intent to invest in Hamilton, this solidifies Hamilton’s position as a Canadian goods movement leader, encapsulates the type of investments targeted for the Airport Employment Growth District and illustrates investor confidence from one of the most recognizable brands and the largest e-commerce company in the world.”

“While at first glance, the Amazon announcement seems to be about jobs in industries like shipping and receiving, or in sectors like transportation and logistics, there’s a bigger story here. Amazon’s business model is built on emerging technologies like robotics, or artificial intelligence, or aerial drone systems. This is also a win for the Hamilton’s growing high tech sector,” explained Dickinson.

This will be Amazon’s ninth facility in Ontario and its 15th fulfillment centre in Canada.