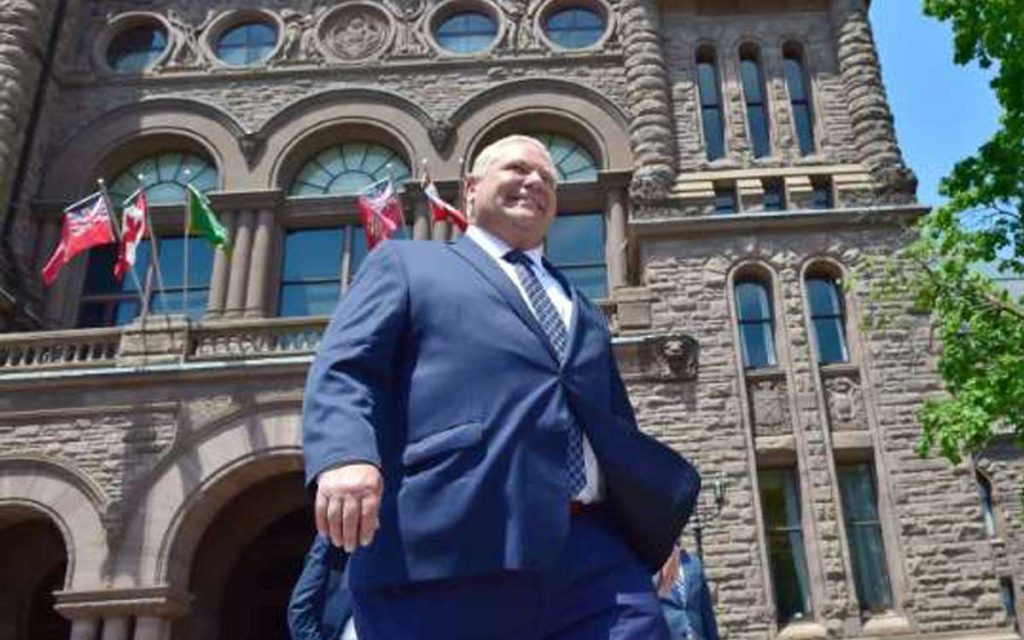 While most of Canada’s politicians were enjoying their gin and tonics on the dock or attending community BBQs, the new Ontario government got down to work early following their strong election victory in early June.  Their summer legislative session has just ended for a brief break until they resume sitting on September 24, but Premier Doug Ford and his colleagues have put together quite an impressive list of accomplishments during their several week long inaugural legislative sitting.

Some of the key issues that were acted on include ending the protracted York University strike so that students can resume their education in the fall, and honouring the election commitment to get rid of the CEO and Board of Hydro One.  A full line-by-line audit of the province’s books was also initiated so that the true state of Ontario’s finances can hopefully be revealed after a number of years of Liberal dishonesty and obfuscation which underestimated deficits and played fast and loose with the manner in which debt and pension obligations were reported. The findings of the audit are guaranteed to be ugly, but necessary if the provinces financial woes are ever to be properly dealt with.

On the controversial environmental file, the Ford government did introduce legislation to abolish the cap and trade system introduced by Wynne, but has not yet passed the Bill. It is likely that the complexity of this file and the need to more closely examine government liabilities incurred by the cancellation of the program meant the government needed more time to evaluate the impact, but the government appears to remain committed to proceeding on this key election promise.  On related issues, Ontario also launched a constitutional challenge to the federal government’s carbon tax, cancelled an unpopular and costly windfarm project and committed to keeping the Pickering nuclear plant open until 2024.

Probably the most surprising move to date from the Ford government was the introduction of the Better Local Government Act, with its plan to reduce the size of Toronto City Council from 47 to 25 and eliminate a number of Regional Chair positions.  Although there has naturally been lots of squealing from politicians who could stand to lose their jobs, the overall reaction on this policy has been quite positive from the general public.  Despite early comments that the province does not have the right to proceed with this change, subsequent legal opinion has confirmed that it absolutely does have that right.  The political wrangling and debate will undoubtedly continue leading up to the municipal elections this October, but at the moment it does look as if municipal government will be somewhat leaner in Ontario in the near future.

Progress was also made in a number of other areas, including opening up cannabis retailing to the private sector, enhanced spending on the Toronto “guns and gangs” problem and the freezing of new hiring and some management salaries in the public sector. Of course more work needs to be done – notably on issues such as getting rid of the poisonous Bill 148 labour legislation which continues to put a chill on the business community and job creation in the province.  But it cannot be denied that in a very short period of time, the Ford government has moved quickly forward on key parts of its agenda and fulfilled a number of important campaign commitments.  Comparing the new Ontario government’s progress to the anemic record of the federal Liberal government, which has achieved very little in almost three years – and in fact has completely reneged on many of its election promises – Doug Ford and his colleagues have a great deal to be proud of this early in their mandate.  Most Ontarians will be delighted if they can maintain this high level of performance for the duration of their term.