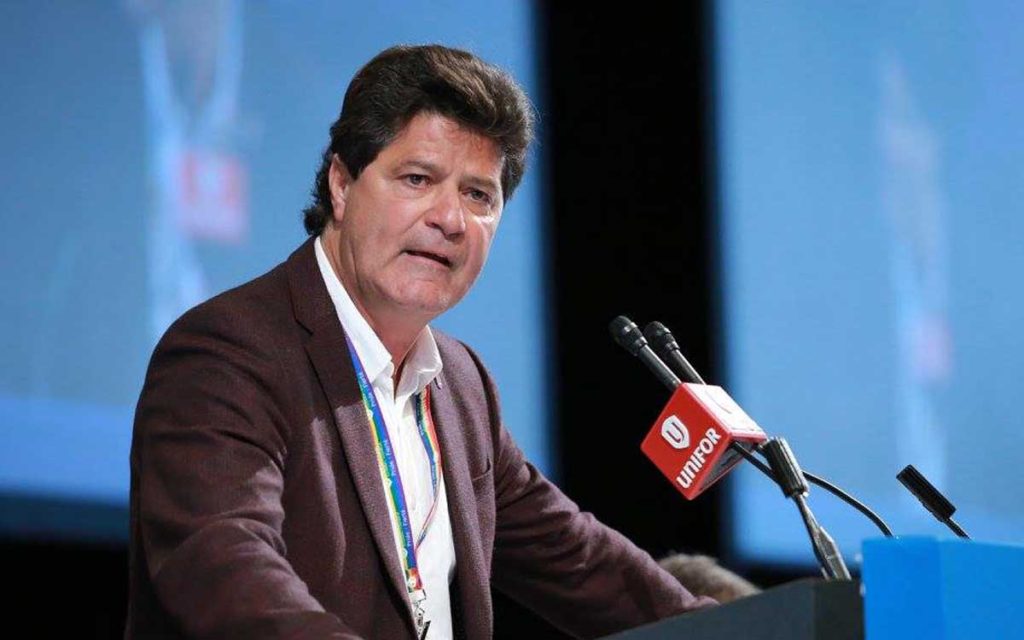 Unifor president Jerry Dias has been working closely with the Canadian negotiating team on a new NAFTA deal.

Considering that the recent round of trade negotiations between Canada and the US have been a series of missteps, miscalculations and mistakes on Canada’s part, the recent boast by Canadian labour unions that they have been more extensively involved in the negotiation process than ever before, gave one more reason to lower our expectations for a favourable outcome for NAFTA.

The Trudeau government has been overly beholden to the unions since its election in 2015, in large part because of the extensive support and massive amounts of money spent by the unions to elect the Liberals and oust the Harper Conservatives.  In fact, one of the first acts of the newly-elected Trudeau government was to eliminate Bill 377, which required a very basic level of transparency from unions as to how they spent their union dues which are forced by law on employees in unionized workplaces.  The unions’ vociferous opposition to even a basic level of financial transparency, which is a requirement of unions in virtually all developed countries, was a big red flag that the unions were well aware that their spending habits on partisan political activities and various wacky social causes would not meet with the approval of many of their members.

With respect to NAFTA, the unions’ main contributions to date seem to have been to bolster the Trudeau government’s insistence on “progressive” issues being included in the negotiations – things such as gender equality, environmental issues, labour standards and ridiculous attempts to claim that things such as US right-to-work laws are unfair trade practices.   In other words, the very issues that have annoyed the US negotiating team and have led them to characterize the Canadian government position as arrogant and condescending, and had one US journalist recently describing Trudeau as demonstrating “insufferable moral arrogance”.  The unions’ recent shameless boasts of their influence on the trade talks certainly fits this mould.

One thing Canadians should recognize is that unions will never have the best interests of average citizens at heart, but are only preoccupied with enriching themselves at our expense.  The US has a much more evenly balanced labour market environment than does Canada, with about half of US states enforcing right-to-work laws which permit employees the choice of whether to join unions or not, where union dues are not mandatory and much more financial transparency is required of unions.

It makes sense for any government to consult diverse stakeholders when engaged in such an important negotiation as is NAFTA.  There are many industry and business interests also involved in advising the government in the current process, but they don’t seem to find the need to brag about their own importance to the process.  Given the strong indications that the ultimate NAFTA outcome may not be all that positive for Canada, the unions may want to do a better job at keeping their powder dry lest they be held responsible for a deal that is problematic for Canada. Or worse, no deal at all.