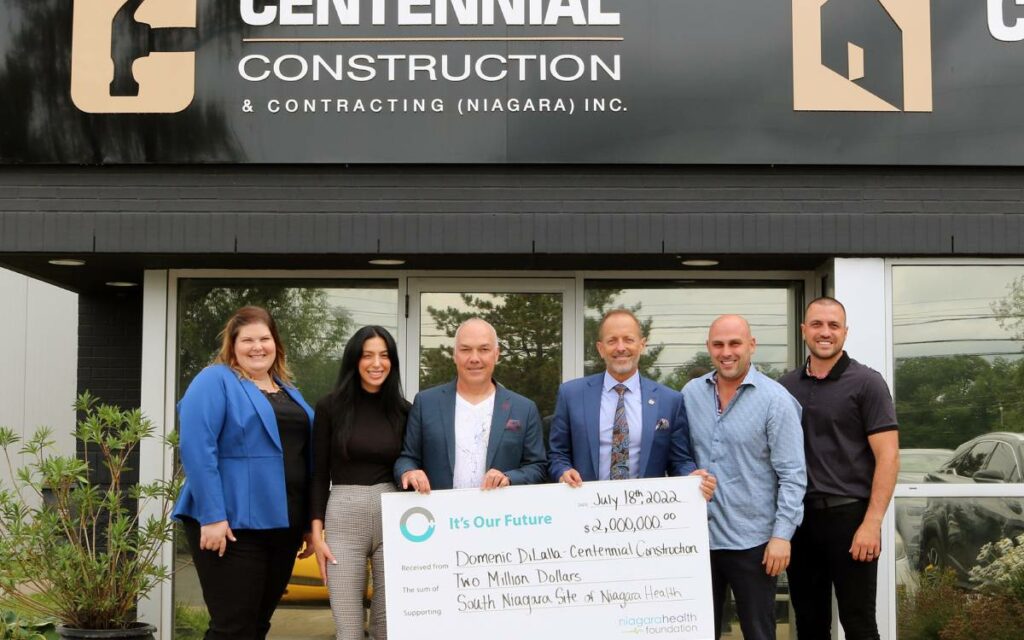 As it does time and again, Niagara’s private sector has once again stepped up in big way for the public good.

DiLalla represents the project’s sixth “founding donor” to be celebrated by the foundation in recent months, after Spencer Fox of E.S. Fox Ltd., Mark Basciano of Mountainview Homes, Angelo Butera of Panoramic Properties, the Rankin family, and Guery Goyo of Villarboit Group of Companies each pledged between $5 million and $2 million.

“Domenic DiLalla’s longstanding commitment for giving back to the community is admirable. We’re so appreciative of his transformative contribution to the South Niagara Site,” said president and CEO of Niagara Health Lynn Guerriero.

Earlier this year, DiLalla, who founded Centennial exactly three decades ago in 1992, underwent quadruple bypass surgery to correct blockage of four blood vessels to the heart, a procedure he is still “re-building his life” from today.

In honour of DiLalla’s generosity, the future South Niagara hospital’s unit specializing in heart and lungs care will be named The DiLalla Family Cardio-Respiratory Diagnostics Unit.

“The best thing you can do is give back to your community, especially for hospitals and healthcare,” said DiLalla, “because it is something that every single person needs at some point in their lifetime, whether it is a loved one, your neighbor, or yourself.”

To date, the South Niagara hospital fundraising campaign has secured over $22 million of its $40 million community goal.

The rest of the $212 million to be raised locally will come from municipal sources and Niagara Health itself. The Niagara Region has already committed $44.5 million to the project. The City of Niagara Falls and Town of Fort Erie are both expected to finalize their commitments in the coming months, with the former projected to contribute around $30 million. 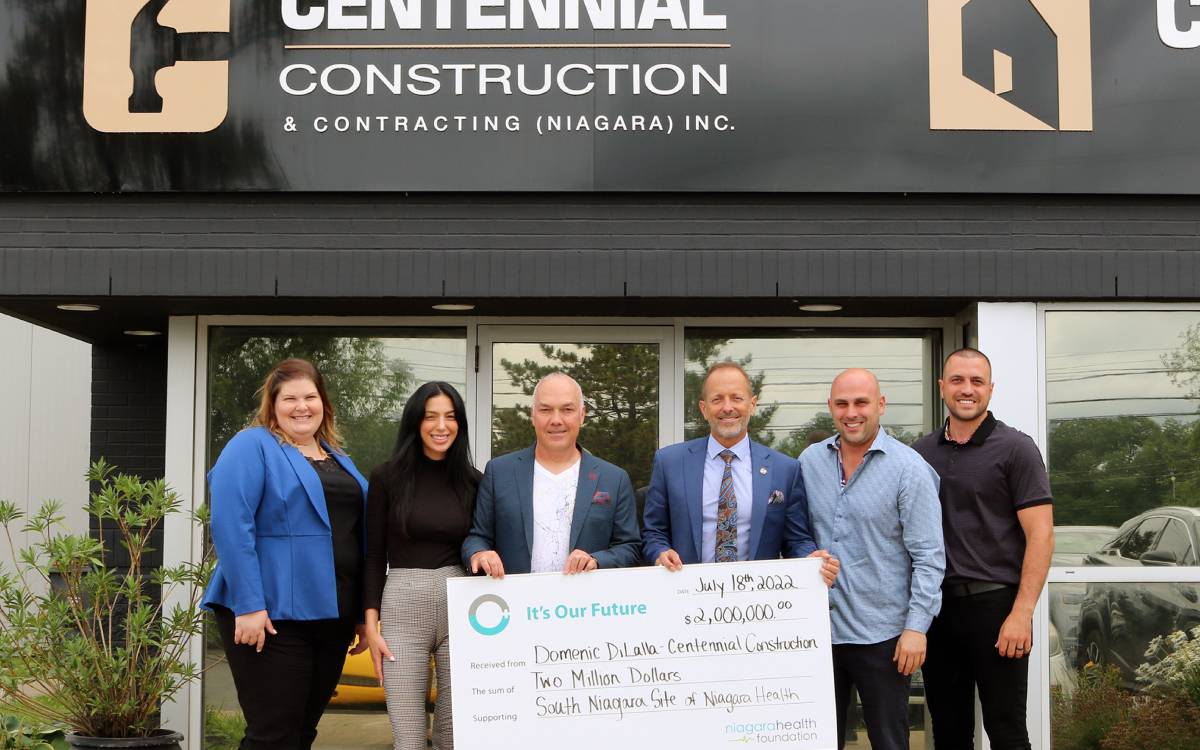