Another tilt at the health care windmill 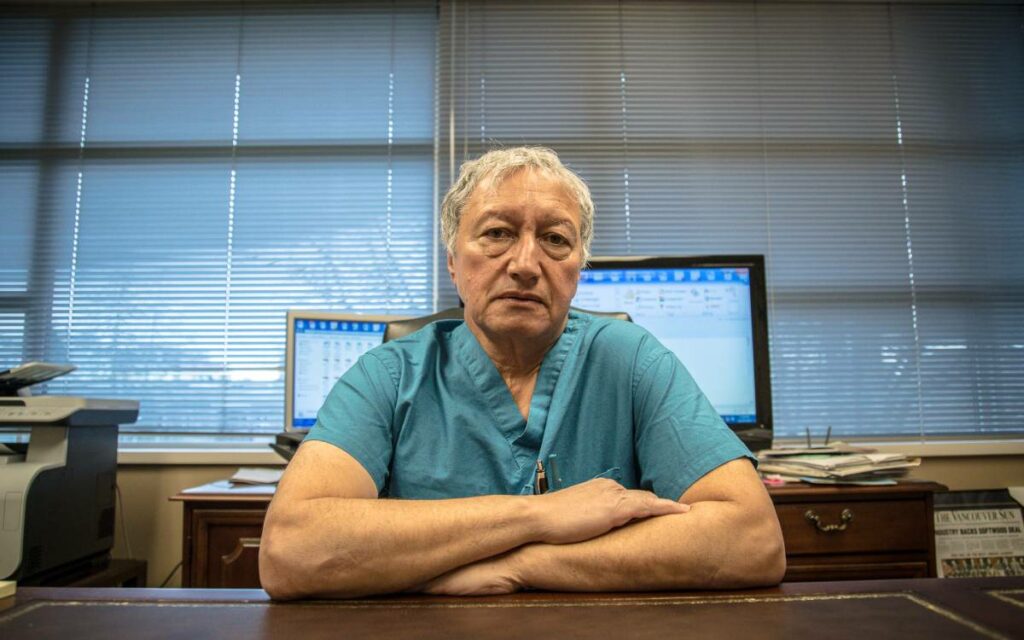 British Columbia’s Dr. Brian Day. Day has been fighting for decades to bring private health care to BC and the country at large. Photo credit: The Tyee/Kristian Secher

This week will see yet another step in the longstanding crusade of Dr. Brian Day to permit the private provision of health care services to Canadians who face long waits in the public health care system. Dr. Day, a surgeon, operates the private Cambie surgical clinic in British Columbia. This clinic has a history of providing high quality health care to patients who were not being treated in a timely manner in the public system. Dr. Day’s long legal battle to enable private clinics to provide relief to patients suffering from the many shortcomings of the public system will continue this week in the BC Court of Appeal.

Although there are different rules in the various provinces regarding the operation of private clinics, in general they are restricted to providing services that are not considered to be essential health care, if they are permitted to operate at all. BC has taken a particularly restrictive approach under the NDP government, in that they forbid doctors from working in both the public and private systems, and do not allow the provision of private insurance for medically necessary services that are covered by public medicare.

Back in 2005, the Supreme Court of Canada decided in the famed Chaoulli decision that prohibiting private medical insurance in light of long wait times and the suffering they caused was a violation of the Quebec Charter of Human Rights and Freedoms. This ruling was effective only in Quebec, but many observers thought it could prompt some needed reforms to Canadian health care. Although there has been some limited expansion of private health providers in Quebec, Chaoulli has not turned out to be the game-changer many hoped it would be, as politics, vested interests, and resistance to change prevailed.

One of the constituencies which most strongly supports the current public monopoly is the health care unions, who oppose the prospect of any competition so they can retain control over the sector. The BC NDP government has made several policy changes to benefit unions during its tenure, even if the effect of these policies was detrimental to the general public. For example, in 2018 the Horgan government changed the rules around large taxpayer-funded infrastructure projects to favour unionized companies, even though it is known that such laws greatly increase the cost to taxpayers of such projects and shut out other qualified, taxpaying businesses from bidding. The ongoing opposition to operations like the Cambie clinic by the NDP government are likely at least partly motivated by their desire to help their union friends even if it has a negative impact on health care overall.

It is well known and documented that many Canadians suffer greatly, have their conditions irreparably worsen, or even die every year because they are waiting excessively for treatment in the government monopoly health care system. Why do we put up with this, and how bad will things have to get before Canadians demand change?

It is also well known that the best health care systems in the world combine a mix of public and private providers within a single payer structure (i.e. not two-tier). During the COVID-19 pandemic, it was observed that countries which had a parallel public/private system were able to redirect surgeries and other procedures to private facilities while keeping COVID cases restricted to public hospitals. This meant that procedures did not have to be postponed as they were in Canada, where it is estimated it will take about three years to catch up post-pandemic, with all the negative health impacts entailed.

Defenders of our current broken system rail against so-called two-tier health care, but the reality is people who can afford it already access faster care in the US and elsewhere. It is the height of hypocrisy that so many Canadian politicians claim to support the current public system, yet are well aware of the shortcomings to the point that they seek care out of the country when they or their loved ones are personally in need of it.

Unfortunately, sensible reform of the Canadian health care system has been stymied for decades by politics, the protection of special interests, and the mistaken belief by many Canadians that we have one of the best health care systems in the world, instead of focusing on facts and the welfare of the majority of Canadians. It is absurd that we have accepted court decisions in the past which justify suffering and even death as acceptable, as long as the public system is protected. Various court rulings on the issue of whether Canadians have the right to private health care options have been inconsistent at best over the past 20 years. Kudos to Dr. Day for pursuing this issue so doggedly, undoubtedly at much personal cost in terms of time and resources. Most Canadians are likely unaware of what will be unfolding in a BC courtroom this week, but we should all be rooting for Dr. Day.

Given what we have learned about the shortcomings of the current system during the pandemic, and the fact that the aging Canadian population will put even more pressure on our already overloaded and hugely expensive public health care in the years ahead, it is high time Canadians demanded significant and positive change in this most vital area of public policy. You could say our lives depend on it