Are unions above the law? 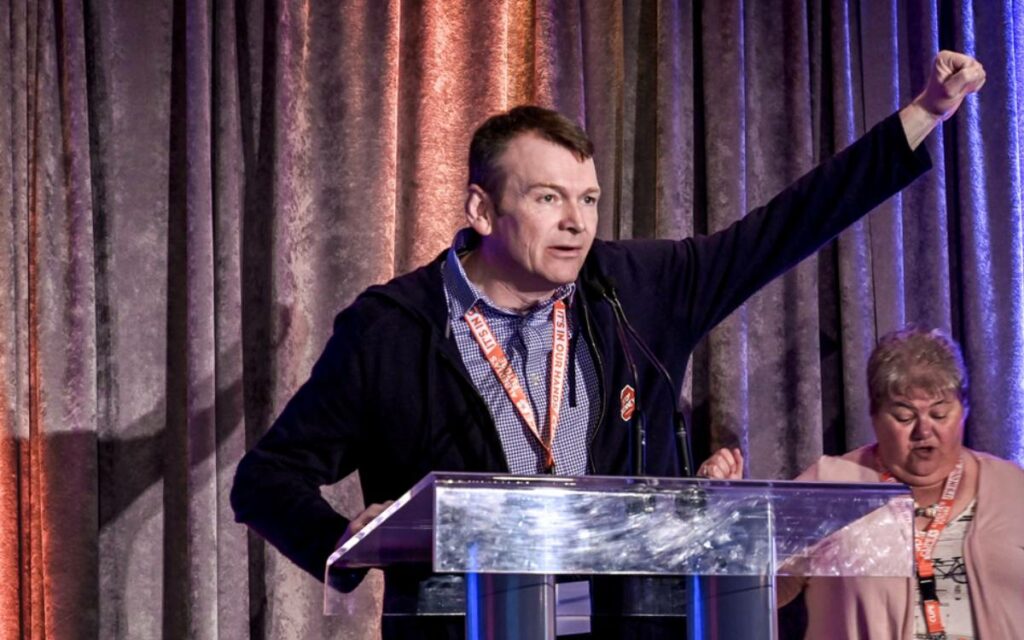 A few days ago, a story broke that deserved to get a lot more attention than it did. In response to some new labour legislation passed by the majority Alberta government, some union leaders commented that they do not intend to obey these laws. For example, Unifor president Jerry Dias said, “Jason Kenney will not have an impact on the activities of Unifor”. CUPE (Canadian Union of Public Employees) president Rory Gill commented that he thought parts of the new law likely infringed on the freedom of expression and association of union members. United Food and Commercial Workers (UFCW) representative Thomas Hesse claimed the changes in the law were “intended to be disruptive, to foment dissent”. A number of unions said they will challenge the law in court.

Union types can usually be counted on for such over-the-top bluster, but when the actual substance of the legislation is examined, it makes a lot of sense. The so-called “Restoring Balance in Alberta’s Workplaces Act” was passed last year by the Alberta legislature. The most contentious parts of the bill, according to the unions, deal with unions’ political activities and rules around picketing.

In recent decades, unions have become the biggest spenders in elections, spending much more than corporations or the political parties themselves. The Alberta bill requires annual approval from union members for union spending on political or charitable causes, with the member able to opt out of paying this portion of the dues if they do not agree on how these monies are spent. This would require the union to be more transparent to its members as to exactly how much of their money is being spent on these causes, which is hard to view as a bad thing. The fact that unions fight so very vociferously against any requirements for financial transparency suggests they must have a great deal to hide. It is hardly unreasonable to suggest that members should have the right to opt out of paying dues toward political and other causes they don’t support.

Unions have far too much political power in Canada as it is. Foolish governments of all political stripes have for years caved to union demands with the result that Canadian unions have more rights and privileges than their counterparts in virtually any other developed country. Dues are mandatory in all unionized Canadian workplaces, and zero transparency is required of unions despite the immense privilege of forced dues. This is especially egregious in the public sector, where many millions of tax dollars are spent annually on union dues with no requirement for accountability to taxpayers. No other group in Canadian society enjoys such incredible privileges with so little accountability. Can you imagine being forced to buy goods from only one company, and that company has no obligation to disclose how they spend the money you are forced to pay? Of course not, and the same principle should apply to unions.

Most other jurisdictions around the world have very different rules regarding unions than Canada, with many having completely voluntary union dues and sensible financial transparency requirements. In countries where dues are forced by law, the mandatory portion of dues is limited to what the unions can prove is only being used for collective bargaining purposes, not partisan political activities or other areas that might be pet projects of the union bosses but have nothing to do with the collective bargaining interests of the membership. It is hardly unreasonable to ask the same from Canadian unions.

Any non-unionized Canadian – which means 70 per cent of us – that votes for any political party closely aligned with unions is basically asking for their pocket to be picked. This has once again become a consideration in the current federal election as unions spend their members’ dues to support the Liberals and the NDP, parties that favour big, expensive government to the detriment of most taxpaying citizens. Even private sector union members, whose numbers are declining as their industries fail to remain competitive in the marketplace, should be concerned as the vast majority of union members in Canada work in government, and their excessive salaries and benefits are funded by the 80 per cent of Canadians who work in the private sector, unionized or not.

Unions were once viewed as a positive force in society that helped to raise the wages of all workers, but today they have become very much a negative as public sector unions constantly demand more from taxpayers and private sector unions merely raising the cost of goods and services to other Canadians to satisfy their salary and benefit demands.

Alberta’s legislation only makes a very small dent in union privileges and should be supported if only because it accords more rights to union members and businesses that get caught in the crossfire of a labour dispute through no fault of their own. You have to wonder whether this story got little coverage because the media did not think it was unusual for unions to be so brazen as to say they would defy the law, or whether Canadians generally feel that way. Or perhaps the enormous entitlement of these unions is just not news, although it should be. Whatever the case, no one is above the law. Any group claiming that they will do what they please despite it being illegal undermines our democracy and our society, and should not be tolerated by any Canadian.