Are we still “all in this together”? 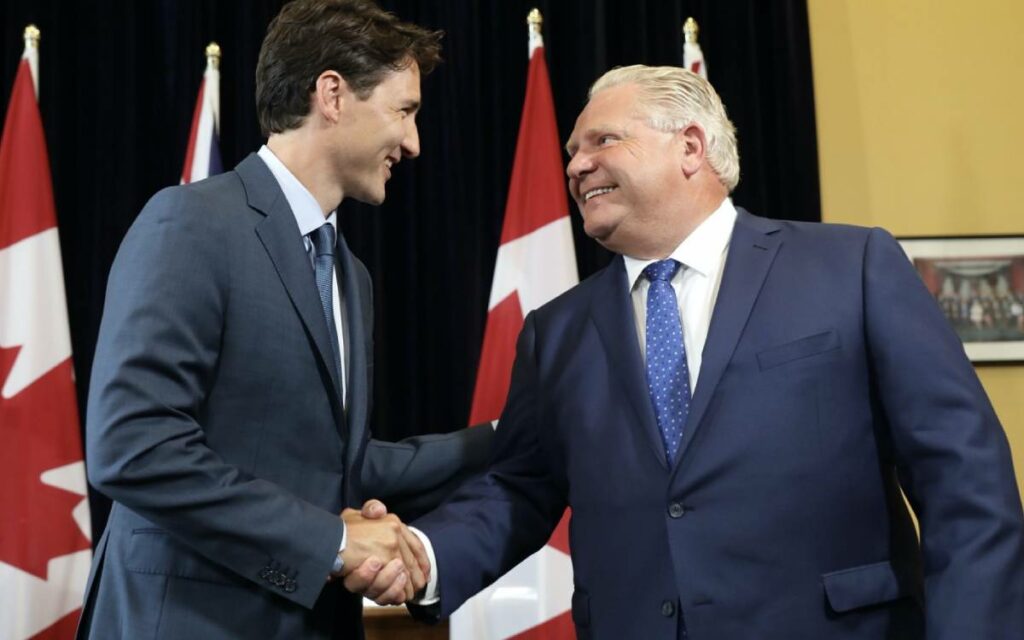 Prime Minister Justin Trudeau and Ontario Premier Doug Ford at a meeting in July 2018. Despite plenty of back-patting early on in the pandemic, the two have become more foes than friends as of late. Photo credit: Twitter / Justin Trudeau

Just over a year ago, there was unprecedented camaraderie between the federal government and provincial premiers. We went from magazine covers showcasing conservative leaders as “The Resistance”, to a political kumbaya between Prime Minister Trudeau and Premier Doug Ford, who served as the former’s election foil just a few months earlier.

That back-patting has turned into backstabbing, as both leaders attempt to one-up each other on COVID-19 response, eager to lay responsibility at one another’s feet. The blame game has been dizzying, and Canadians have been paying the price.

Barbs traded in the last week have been particularly intense. Partisan liberals have almost cheerfully pointed out how many vaccines remain in freezers in Ontario, eager to demonstrate vaccine distribution, not supply, is behind our fumbled response. Meanwhile, the Tories have demanded more vaccines from the federal government on a daily basis, sharing messages from hospitals who say they’re unable to fulfill vaccine appointments because they don’t have adequate supply.

Canada’s vaccine woes caught the attention of American media last week, which was quickly weaponized by conservative partisans. Coverage in the Atlantic and primetime on CNN laid the blame of Canada’s COVID response at the feet of Justin Trudeau. The Tory pile-on was predictably intense. While Liberal pundits attempted to point to provinces faring better than Ontario and Quebec in an attempt to sugarcoat the Liberals vaccine rollout, their success in doing so was debatable.

In an effort to further deflect from its issues in procuring vaccines, the federal government approached Ontario with an unsolicited offer to deploy Red Cross teams across the province to assist with vaccine deployment. Ford’s Ontario PCs curtly countered by saying that the help they needed was in getting vaccines, not in getting them in arms. Various iterations of these arguments have played out relentlessly almost every day since.

But the argumentation around the need for prohibitive COVID restrictions in Ontario, which were announced Friday by the Ford government, were the clearest missive yet. Draconian enforcement measures which model Australia-level lockdown restrictions (including expanded police powers, restricting travel, and prohibiting use of outdoor recreational areas including playgrounds) were all deemed necessary by the Ontario government. Why? Because, at least in part, the Federal government had failed to do their job in procuring vaccines quickly enough.

Is there a nugget of truth in this critique? Absolutely. Where vaccines have been deployed, restrictions have been eased. The rapidity with which the United States has been able to get jabs in arms (and as a result, get back to regular life) is proof that vaccination is the best (and perhaps the only) way to end devastating lockdowns. Until that happens, limiting movement and activity serves, disappointingly, as a band-aid solution to curbing rising hospitalizations and case counts. Provincial governments have limited options in what else they’re able to do until that happens.

However, is it fair to place the severity of restrictions at Trudeau’s feet? Not at all. The measures announced by the province do little to address what we know about COVID spread, and punitively target people out for a weekend stroll with their out-of-school kids. The hard work needed to bolster ICU capacity, deploy rapid testing, and lock down vulnerable populations including industries accelerating spread was needed months ago, and what has been proposed will have minimal effect reigning in the third wave.

The public response to these restrictions was swift. People on the right and the left, and a healthy number of non-partisans, quickly cast judgement on the Ford government’s response as being haphazard, overbearing, or slow (or all three). The Ontario PCs were left with very few defenders.

Enter Trudeau and the federal Liberals who didn’t miss an opportunity to play the offence. Over the weekend, the federal procurement minister left the door open to invoking the Emergencies Act, which would effectively cede provincial control for major governance decisions to the federal government. It’s a direct shot across the bow at Ford and the provincial Tories. At a time when they are viewed to have lost control of the pandemic, the feds can claim they’re coming in to clean up Ford’s mess.

The beginnings of that cleanup took shape in a hastily called announcement on Sunday, where a slew of Liberal cabinet ministers offered varying support to Ontario, from more medical staff to military resources to expanded rapid tests. Everything was on offer except for what the province urgently needs: more vaccines. Some may choose to see these offers from the Trudeau government as benevolent. But you don’t have to be a hardened partisan to note the timing of these interjections, right at a moment when the provincial Tories face criticism that they’ve lost control, is highly political.

Meanwhile, Canadians are stuck in the middle, and left to bear the consequences of unaccountability at all levels. While the federal and provincial governments continue to poke at one another, the effort should really be on poking as many unvaccinated Ontarians with whatever vaccines we can get our hands on. 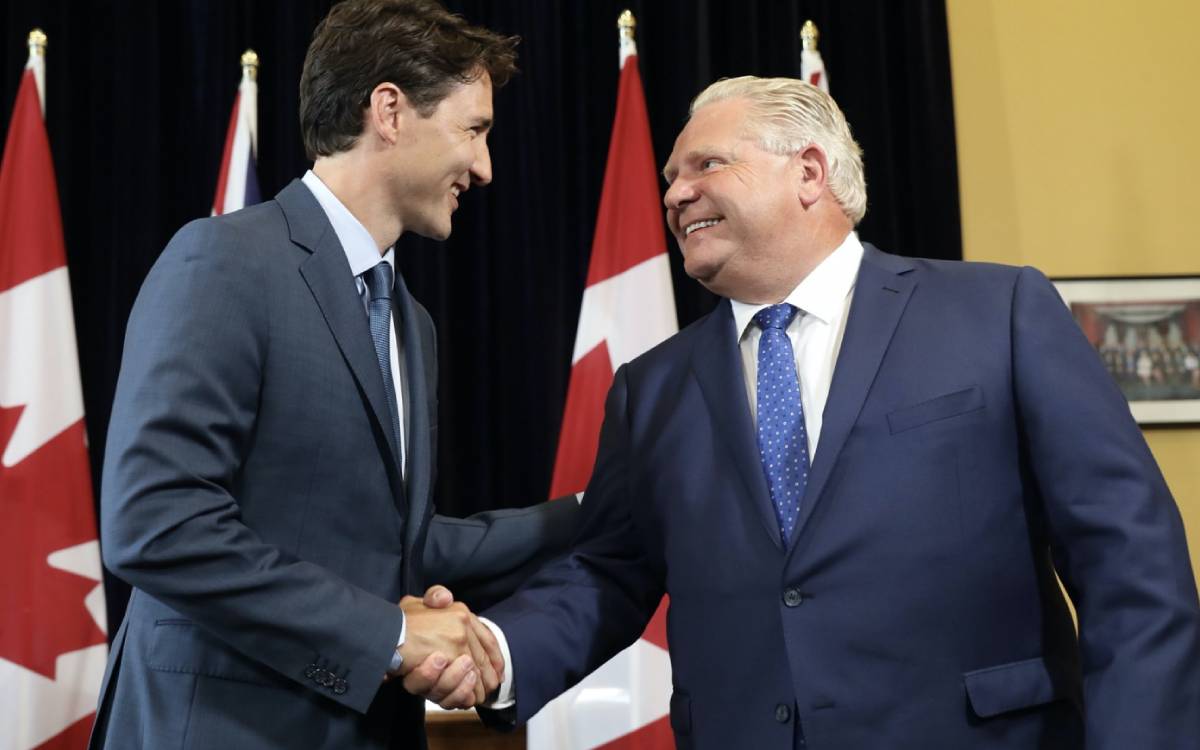