As the General goes so goes the economy 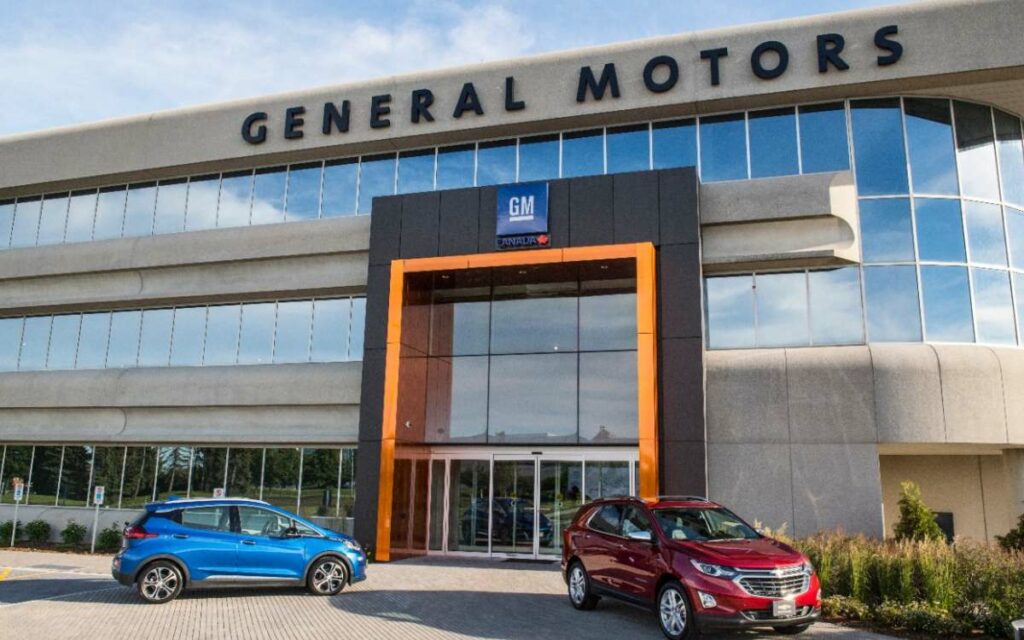 Growing up in the shadow of the Renaissance Centre on the banks of the Detroit River you learned the common refrain “as the General goes so goes the economy.”

General as in General Motors headquartered in that iconic building centred on the Motor City skyline.

Even on the other side of the river – Windsor that is – the fruits of the manufacturing and auto sector were key to south Detroit’s economic success. The same was true across the province, Fords in St. Thomas and Oakville, Chryslers in Essex County, and GM in St. Catharines and in the home of Canada’s new Conservative leader – Oshawa.

Erin O’Toole is from Bowmanville of course, but the auto company his father – former MPP John O’Toole – worked for for over thirty years was General Motors of Canada headquartered in Oshawa.

So it should be to no one’s surprise O’Toole the younger would reach back to his family’s roots to deliver his Labour Day message on lost economic values. But methinks there may be something else in the new Conservative boss’ words, an appeal to Canada’s labour movement.

The main cause of Ontario’s dwindling manufacturing sector was a government that went too far, too fast to try and “green” the economy. In bringing in his now defunct Green Energy Act former Ontario Premier Dalton McGuinty put the death knell into Ontario’s auto sector.

The highest priced electricity in North America along with high personal taxes and a strong Canadian dollar saw manufacturing plants of all types shutter forever. And the same people that presided over the loss of Ontario’s chief source of jobs – manufacturing – are now running the country.

Basically, labour jobs are going to go away. A drive down Glendale Avenue in St. Catharines is a harbinger of Alberta’s oil and any other industry dependent on labour – the thing that built Ontario.

However, in the houses of power in Ottawa there is no longer a natural labour party. The New Democratic Party once considered labour’s best friend is no more than a fringe party under irrelevant leadership that cow-tows to Prime Minister Justin Trudeau any time he calls.

The Liberal Party, also a one-time safe place for hard working people, is considering a guaranteed income so people don’t have to work. A green commitment that has already killed labour jobs across Ontario and elitism privilege that allows for clear ethical violations with no recourse.

Three things you would never associate with Canada’s labour movement. So where is labour left to go?

Then, a private sector union worker wants the same thing as anyone else – good schools for their kids, a good and accessible health care system, good infrastructure like roads and electricity and finally lower taxes.

The last thing inherent in the union movement is equality. Everyone should get the same opportunity regardless of race, religion, sexuality or ethnicity.

For too many years that last point has gotten in the way of conservative governments of all levels from connecting with the labour movement and anyone else who isn’t conservative really. That is why I believe Mr. O’Toole made the point on the night he was elected leader to talk about everyone being welcome in his Conservative Party.

Furthermore if everyone is welcome and your position is to not welcome someone based on the criteria above, well you are welcome to be quiet.

Despite Mr. Trudeau’s words a large majority of Ottawa political pundits believe there will be a Canadian election call before November.

Even more, as written about in the Niagara Independent by my colleague Kate Harrison on Tuesday, believe the governing party will do everything it can to buy votes. This means running a permanent deficit resembling a pandemic one.

Most in the Conservative tent believe the only way to put a real challenge to Mr. Trudeau is a strong NDP. Imagine if a leader with Jack Layton, Ed Broadbent or Thomas Mulcair’s skill had been around in 2019 – Mr. Trudeau would likely not be prime minister.

Hardly anyone believes the current NDP Leader Jagmeet Singh has the talent or the money to lead the NDP to a strong showing federally. That means the best anyone centre-right can hope for is a Liberal minority and more than likely a majority.

The only choice left for Mr. O’Toole is to create his own NDP wing in Canada’s Conservative party. A wing based on the middle class, people who rely on their paycheques every two weeks and have progressive values so long as they are balanced by realism. What do I mean by that? Well simple, we all want a cleaner environment, but we need to do that while protecting jobs.

Canada is a resource dependent nation. Why not use the revenue gained by realizing the value of resources to shift the economy to more sustainable methods. This of course will lead to longer-term and sustainable jobs.

That I believe will be the central focus of Mr. O’Toole’s economic plan for Canada, progress, but progress that is sustainable. Something the labour movement also wants.

That may end up being too much for a generation that wants everything right now, but it is also a strategy that has worked in Canada and can work again. The key is, to the shock of everyone who believes conservative and labour are at natural loggerheads, that both groups need each other to make that happen.

That, I believe, is Mr. O’Toole’s strategy and one whose time has come.