At Toyota, be prepared to pay to start your car 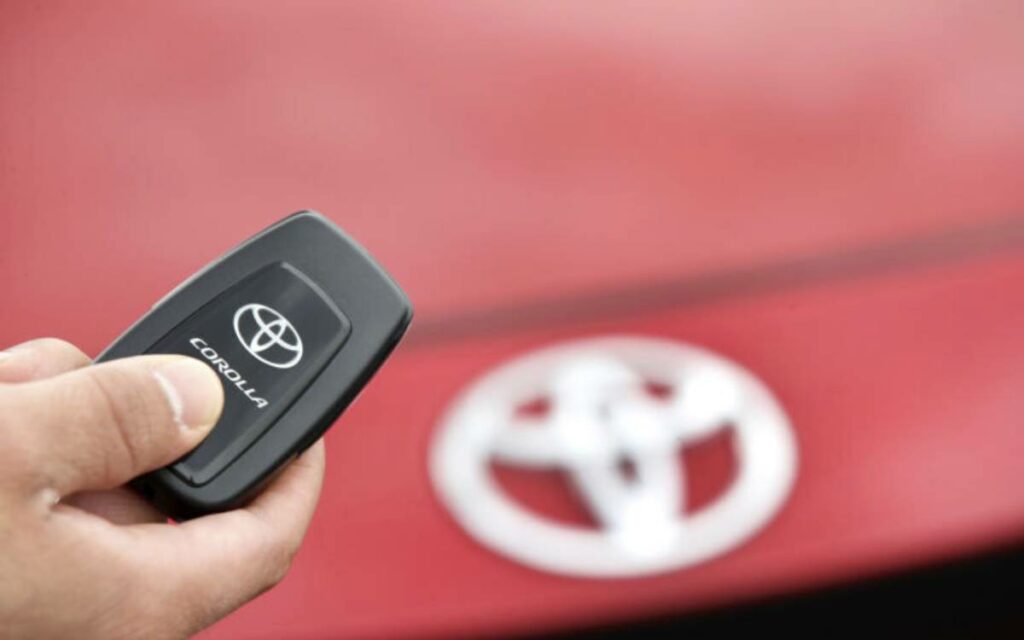 There has been a lot of attention in the press about the current and future increases to consumer prices across the globe. A recent survey by Ipsos of 20,000 people in 30 countries found that two-thirds of respondents were feeling the pressure of rising inflation and almost half also noted increases in the costs of clothing, housing, healthcare, and entertainment. All it takes is a look at the weekly grocery flyers or the realty listings to see the impact here in Ontario.

Beyond just inflation, there is a recent trend of big corporations trying to get every last penny possible out of consumers. This has included adding what used to be provided features behind paywalls. An interesting example (with the resulting consumer backlash) just took place with Toyota and its remote start feature on the manufacturer’s key fob.

Many of us love the remote start feature on our key fobs, allowing us to remote start our car on chilly winter mornings without leaving the house. This works because the key fob uses radio waves to communicate with the car; there is no need to go through any type of internet servers for the tool to work.

However, as companies look to add more apps that allow consumers to use their smartphones and tablets to control more things (e.g. home appliances and lighting), car companies have been adding features that allow owners to open, lock and start their cars with their cellphones, while charging for the privilege.

All modern cars have cellular connectivity to connect with their cars – think General Motors’ OnStar system. It is not new for Toyota to charge for some services available through smartphones.

Cellular connectivity is getting better. While the 3G cellular spectrum is being taken down by many countries in favour of 4 and 5G, many older vehicles rely on the 3G network. Other car companies are addressing this issue by retrofitting their vehicles for the new network; however, as reported in a December article in Drive, Toyota has decided to end Connected Services Support for impacted vehicles (all vehicles model year 2019 or earlier). As such, Toyota had to give cars built before Nov. 12, 2018 authorization to do the remote start one last time and they unlocked features of the car that used to be pay services to manage the transition, otherwise car owners would have been orphaned.

As I said earlier, the key fob actually does not require any kind of internet connectively to remote start the car. From the technology side, while consumers can remote start their car three ways (through their phone’s app, through a connected service such as Amazon’s Alexa, or through their proximity key fob) regardless of which technique is utilized, the system has been designed so that the command must always pass through the vehicle’s data connection module (DCM) which is routed through Toyota. The DCM is a piece of hardware found in Toyota vehicles with cellular connectivity that enables the car’s linked services. So, Toyota can control whether it works and can turn on or off connectively.

That may be fine, as many of us don’t really know how things like the remote start or automatic trunk opening works, we just know it does. However, consumers are angry because they are saying that they did not realize that they would eventually have to pay for these analog services that do not technically require any kind of online connectively to work.

Toyota tied the “free” use of the remote start to the use of its in-car audio system (Audio-Plus) which starts with a free trial and then a subscription. And in the United States, this free trial can be anywhere from three, with the regular Audio Plus system, to ten years with the Premium Audio. So, all of those people who bought a Toyota in late 2018 and decided not to continue on with the three-year free trial subscription for their audio system are now discovering that their key fob no longer works to remote start their car. And they are mad.

While this may eventually sort itself out over time (as of 2022, it will not even be an option for key fobs to be able to do a remote start in Toyota vehicles, it will only be available through the paid app service), it is a good example of companies trying to slip in changes with poor or miscommunication.

People who bought Toyotas post-2018 say the dealers never mentioned this was a time-limited aspect of remote starts when they were selling the cars. From a car sales perspective, it was a very different car buying environment pre-pandemic than it is in today’s supply chain constrained inventory situation.

Toyota shares saw some volatility in Dec. 2021 when all of this was taking place in the media, although shares have more than recovered. The interesting piece is that this was a rare misstep for Toyota. It was unprepared for the consumer backlash and has been publicly communicating that the company is reassessing the situation, signalling a possible backtrack.

But consumers are wondering if this is the tip of the iceberg – in the future, will they have to pay for the privilege of being able to unlock their car or pop the trunk?

Karin Schnarr is associate professor of policy and law at Wilfrid Laurier’s Lazaridis School of Business and Economics, where she is also director of the school’s MBA program. Schnarr is currently involved in research related to women entrepreneurs, AI in strategic decision-making, and case-learning in entrepreneurship education. Schnarr was named chair of the Ontario government’s Task Force on Women and the Economy in June 2021. Prior to academia, she served as chief of staff at several provincial ministries, including Health and Long-Term Care, Environment, Attorney General, and Transportation. Schnarr holds both an MBA and PhD in Strategic Management from Western University’s Ivey School of Business.