Athletics and Arrows meet again in the playoffs 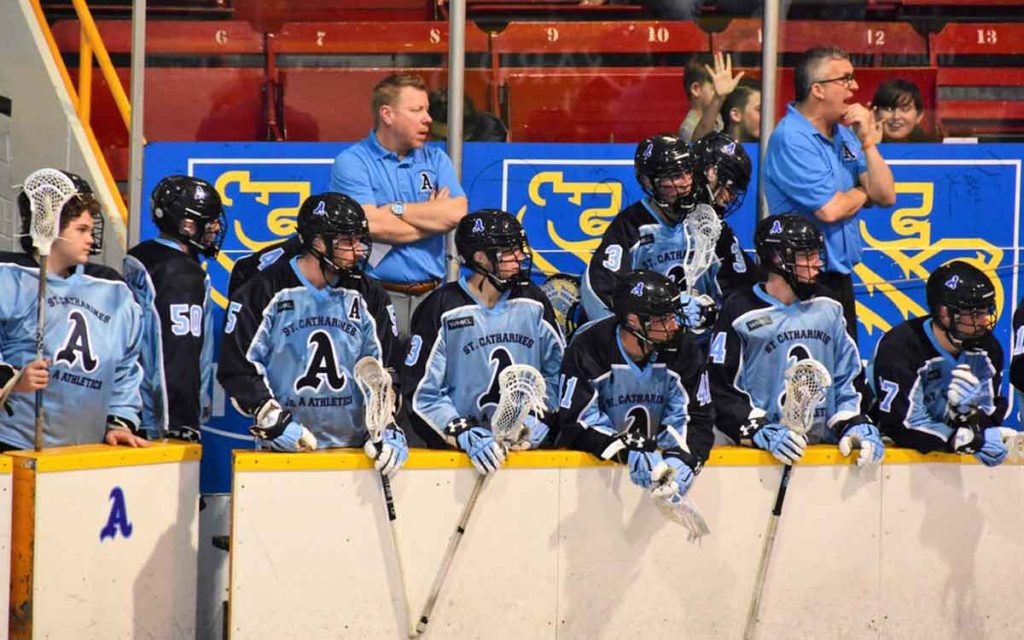 The St. Catharines Jr. A Athletics first round playoff opponent is a familiar one. For the third time in four years, the Athletics will meet the Six Nations Arrows in the opening round of the Ontario Junior A Lacrosse Association playoffs.

The previous two series have been sweeps. The Athletics last season, and the Arrows in 2016.

St. Catharines had their best regular season in nearly a decade finishing the 2019 campaign at (15-5) good for third place in the 11-team junior A loop.

And perhaps consistency will be the key for St. Catharines during this, there, latest playoff run.

The Arrows finished the regular season at (11-9).

“Six Nations is very dangerous team that is well coached and I’m sure last year, us beating them, is in the back of their minds,” Toll explained. “We can’t underestimate anyone in this league.”

Nick Damude is a rock between the pipes, sporting a league best 5.29 goals against average.

Up front, the A’s featured five players with over 40 points including team leading scorer Kealon Pilon with 34 goals and 81 points – good enough for fourth overall in league scoring.

Alex Simmons is considered one of the premier offensive threats in Canada and picked up 46 points in just eight games played this season.

At the other end of the floor, Travis Longboat led the Arrows offense during the regular season with 57 points.

The Athletics took game 1 in the best of 5 series Wednesday night at home with a 10-7 victory. The Arrows actually led the game 6-3 in the second period before the A’s rallied. Smithville’s Simmons scored the hat-trick and six points for St. Catharines who was outshot 41-35 overall, while Pilon added one goal and three assists in the win.

Game 2 was Thursday night on Six Nations with game 3 back at Jack Gatecliff Arena Sunday night. Game time is 7 pm.

Toll and general manager Jeff Chcoski know this season is an important year for the organization as 10 players will graduate at the end of this playoff run.

The ultimate goal is a trip to the 2019 Minto Cup – the Canadian Junior A Lacrosse Championships – in Langley, British Columbia come August.

“The key for us is to play our game, and don’t let whomever we’re playing get us rattled,” added Toll. 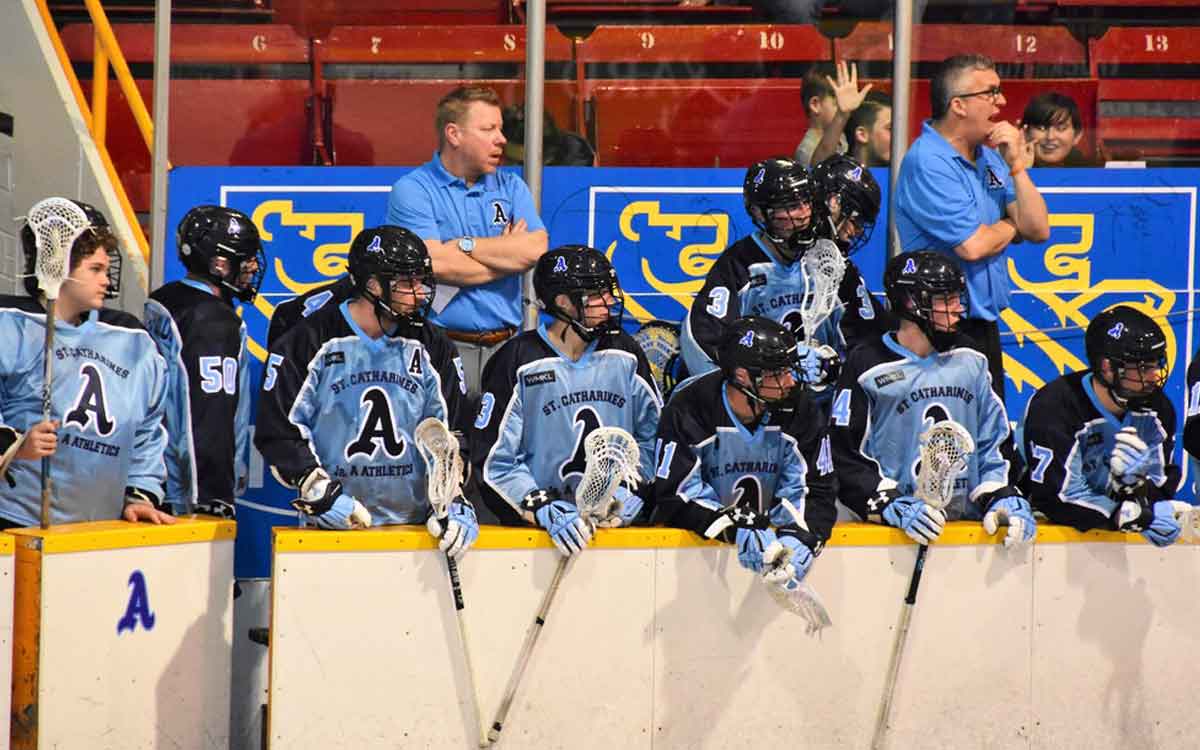