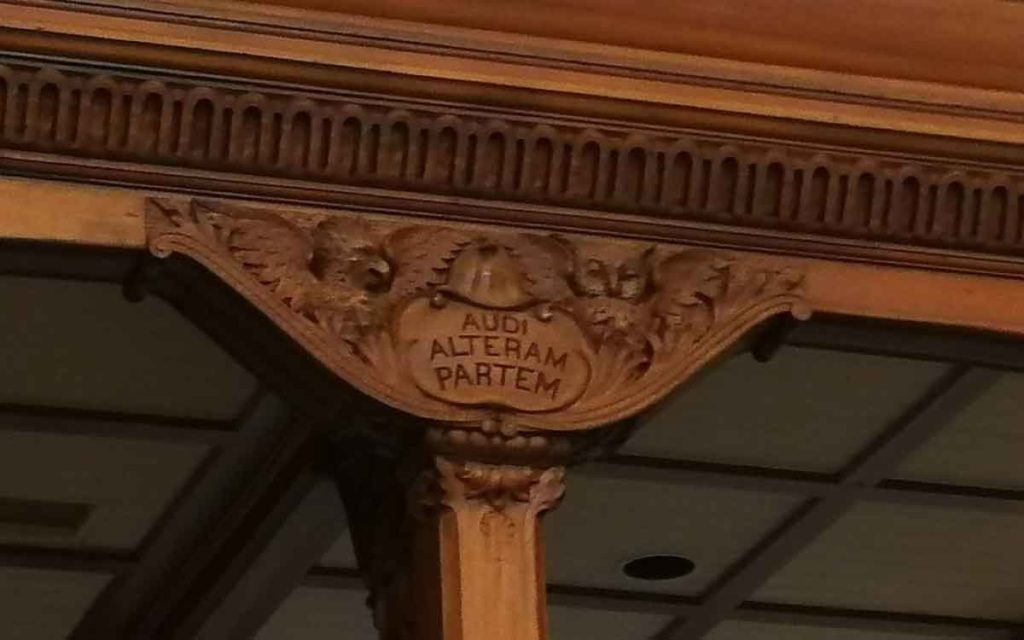 There is a phrase carved into Queen’s Park – Audi Alteram Partem – translated from Latin means Hear the Other Side.

Nearing the wind up of his presidency Barrack Obama lamented he did not do enough to heal partisan woes in the United States.

In an interview with the Los Angeles Times he invoked Voltaire, the French philosopher, who warned not to let the perfect be the enemy of the good.

I agree with the sentiment, but it is hard to read those words without a crooked eyebrow and a “ya right” in the back of my mind. Obama who made his way up as a Democratic organizer in one of the most politically charged cities in the world – Chicago – had partisanship baked in. He rose to the position of US president, how could he not.

Obama, many believe, left the US more partisan than he found it and true to form his supporters will say, “well that’s (President Donald) Trump’s fault” – proving the point further.

But the US is not the only country mired in partisanship even hyper-partisanship. Here in Ontario and Canada we have seen ultra partisan ideas grind our economy to a halt with a recent poll showing 69 per cent of Canadians thinking the country is broken.

Depending on the side you are on or the most recent media story you dubbed as “fake news” the reasons for the fracture of Canada tend to create arguments. What cannot be argued and has been in fact a trend going back years is the unwillingness for one side to hear the other.

In Ontario there is a phrase carved into Queen’s Park – Audi Alteram Partem – translated from Latin as Hear the Other Side. The big joke, in the chamber anyway, is, “I was trying to, but I couldn’t over all the yelling.”

Partisanship has taken an even greater hold on Canadian political discourse. Not simply satisfied with attacking the other side as troglodytes and climate deniers, media reports the federal Liberal caucus is even at each other’s throats if anyone dares question an end to all resource extraction in Canada.

This divide and the impending clash avoided greater exposure when Teck Resources decided to pull out of Canada and the billions of dollars it wanted to pump into the economy last week. The reason, simply, Canada can’t get it together on environment, economic and indigenous policies so there is an economic risk to investing here.

One could extrapolate that it isn’t just the country at a high level; it’s Prime Minister Justin Trudeau’s own caucus that can’t come to an agreement.

So the oil sits in the ground and we continue to ship it in across the Atlantic Ocean from the most progressive of places – the Middle East.  And the reason?  There are not enough “Economic Progressives” and too many “Social Progressives” in the federal Liberal caucus.

This leads to the greatest of all blind partisan arguments; it’s the voters’ fault. The newest pincushion for Liberals to jab is former-Saskatchewan Premier Brad Wall.

Why you ask? It seems Mr. Wall supported the ousting of the last Liberal bulwark on the prairies – Ralph Goodale – during the October 2019 election. The argument is there is no one arguing for the West in the Liberal caucus so the “Economic pro-Canadian energy progressives” are losing out to the flower children.

Not unlike Obama, Mr. Trudeau promised to break down barriers following his election to his country’s highest office. The grand scheme was to work with indigenous to provide true reconciliation, to make Canada the most environmental forward country in the world and do all of this to promote sustainable resource extraction.

On top of this Mr. Trudeau was elected to worldwide praise and true rock-star status to improve Canada’s place in the world – not that it was in a bad place.

Fast-forward four years and what are we left with? Divisions in our country have never been greater with 69 per cent of the country saying Canada is broken; there is clearly no reconciliation with indigenous people – though a building name did change.

Worldwide?  Between dances in India, bowing to Iranian foreign ministers to Scotland expunging Sir John A. MacDonald from history books to whatever the world thinks of the indigenous protests – Canada’s place in the world has never been worst.

This column may make you think that the solution is to expunge Prime Minister Trudeau and return sanity to Ottawa – that is not enough. A look to the south shows that when the pendulum swings too wildly to one side it will come back with the same amount of force.

Right now Canada is full environment and energy projects are getting squashed. Protests with radical events – like trying to derail trains – are happening apparently without consequence. Companies are choosing to invest in South America and at the same time turning away from Canada.

Right now Canada is ripe for a massive swing the other way and the anticipated force is only getting stronger. Here in lies the problem.

The next government to take power, whatever political strip they may be, must understand balance and not partisanship is the key. If it’s the left understand you can’t pay for social progress with a failing economy.

If the government comes from the right, remember social progress makes an economy stronger and more sustainable.

If, “Right Now Canada is broken,” as 69 per cent of Canadians – 83 per cent of Albertans, according to a Dart & Maru/Blue poll conducted by the National Post from February 24TH, say it is, then being more partisan isn’t the answer.

So the answer, well it is as true for the people we elect as us – those that do the electing – Audi Alteram Partem – see the other side. 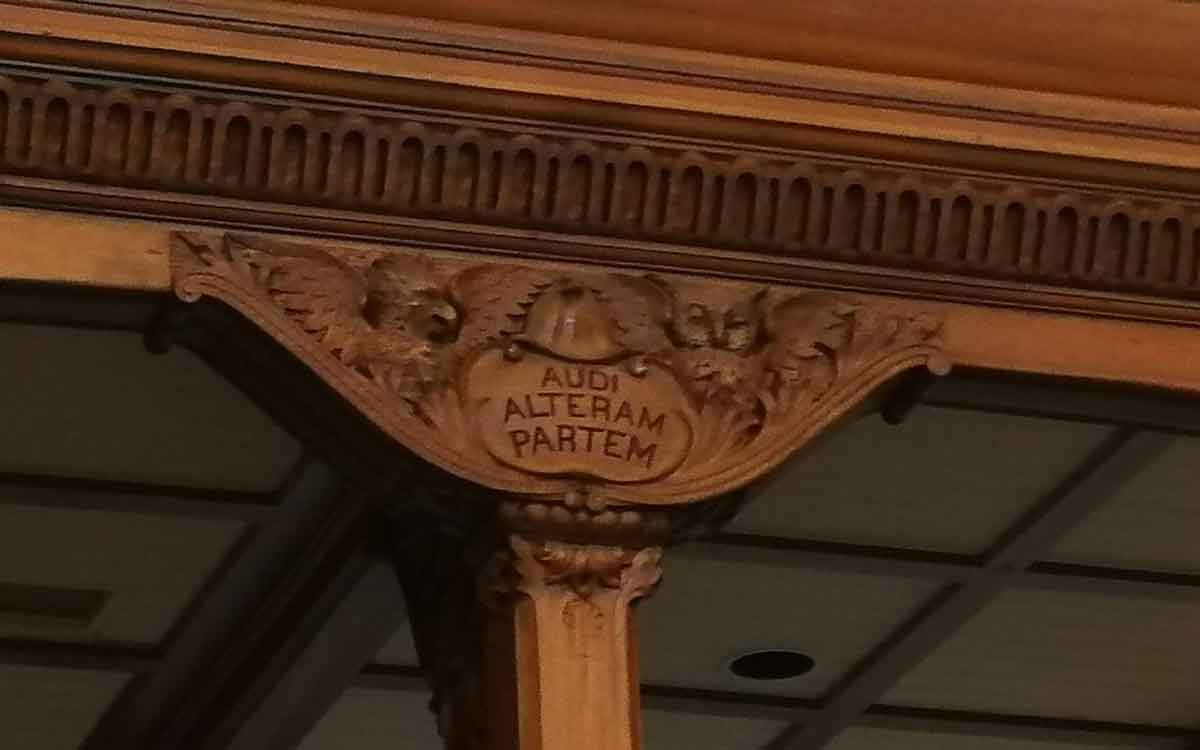