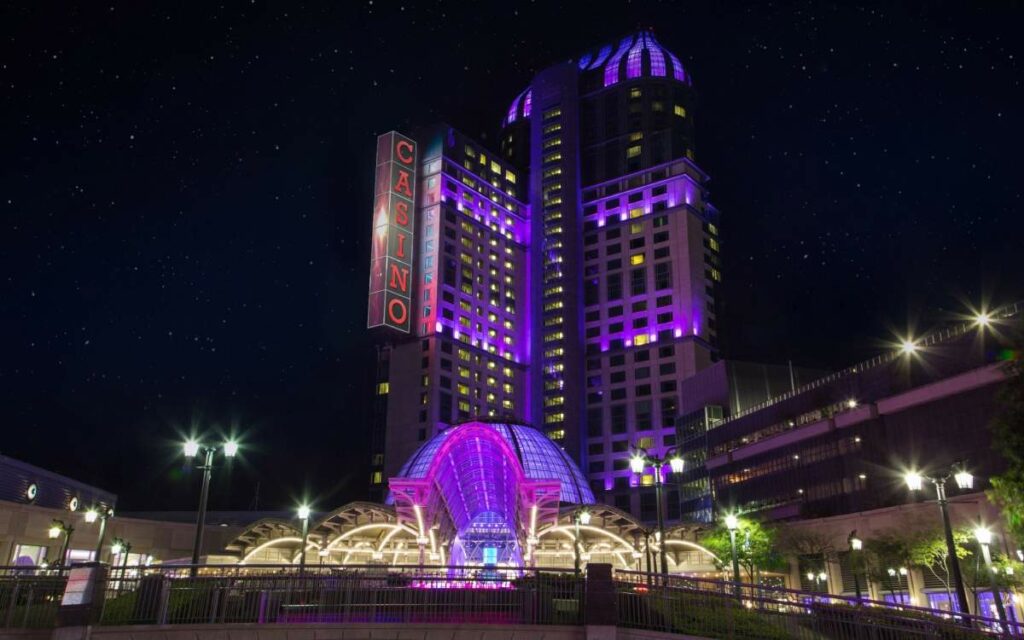 According to the recently released value-for-money audit, when it came to selecting a new entity to run the region’s two casinos a few years back, the OLG chose the casino operator for Niagara that proposed the least amount of capital investment and “brought less economic and financial benefit to the province than if OLG had continued to operate the region.” Photo credit: Niagara Falls Tourism

In 2017, the City of Niagara Falls, together with Niagara Regional Council, took the Ontario Lottery and Gaming Corporation (OLG) to court to try to stop the OLG’s tendering process (RFPQ and RFP) of the future operations of Niagara’s two casinos.

In a legal application, the City and Region asked the court to, among other things, issue “an order in the nature of mandamus requiring the OLG and the Minister to cancel the ongoing Procurement Process; and a declaration that the OLG and Minister are required to consult with and/or obtain consent from the City and/or Region with respect to the Procurement Process, and any future procurement process, for the Niagara Gaming Bundle.”

At the time, at a rally attended by hundreds outside of Fallsview Casino, Mayor Jim Diodati said of the court application, “This is our last resort. We’ve had protests, we’ve written letters and we’ve gone to Queen’s Park.”

In its application the two levels of government noted that the OLG’s own Act and modernization plans committed it to substantial communication and consultation with its host municipalities. But the City and Region and had virtually none.

The Niagara Falls casinos had been run by Falls Management Company (FMC) since 1999 when they won an RFP process and thereby the rights to build Fallsview Casino and run the two casinos until 2019. The City’s court documents reveal that in the first tender process in 1996, the Mike Harris government of the day emphasized four core objectives:

“i. to make a significant and lasting contribution that increase the sustainable economic benefit from tourism in the Niagara Region.

and lastly iv. to provide revenues to the province.”

The city and region wanted the first three core objectives to be at the heart of the new tender process.

The initial years of Casino Niagara, opened in 1996, and Fallsview Casino, opened in 2004, saw a $1 billion of investment by the province not only matched but in fact doubled by the private sector into new hotels, restaurants, and attractions. These were boom years for the city. But in the latter years of FMC’s reign, little to no investment was made and Niagara Falls’ tourism sector stagnated.

City council noted that the upcoming bid process for a new operator to take the casinos into the next two decades offered a great opportunity to bring in new private sector investment to kick start a new era of tourist sector growth in the Honeymoon City. But in their scant conversations with the OLG and Liberal government of the day, the City and Region feared that new investment and job creation were being given short shrift by the OLG.

The Auditor General’s OLG report released last week revealed that the city was spot on in their concerns and the results robbed Niagara citizens of at least $1 billion in new investment.

The Auditor found that, “OLG selected the casino operator for Niagara region that proposed the least amount of capital investment. OLG selected Mohegan Gaming & Entertainment Inc. (Mohegan) as the winning bidder for the Niagara region, even though OLG’s independent analyst concluded that Mohegan’s bid brought less economic and financial benefit to the province than if OLG had continued to operate the region. Along with projections of significantly higher gaming revenues, the other two bidders (Hard Rock and Caesars) proposed significantly more direct capital investment. Hard Rock’s bid included about $857 million more than Mohegan, primarily focused on rebranding both casinos and adding a hotel to Casino Niagara. Caesars proposed approximately $140 million more than Mohegan…”.

The Auditor’s report went on to confirm that the OLG awarded the operations of Niagara’s casinos for exactly the reason the City and Region warned the court and the Liberal government of the day that they should not, “OLG selected Mohegan as the casino operator for the region based on OLG’s evaluation criteria that is mainly focused on selecting the operator offering the highest present value of cash flow through guaranteed minimum commitments and revenue share to OLG over the first 10 years.”

To then add insult to injury, the Auditor went on to uncover an even more disturbing aspect of the OLG’s business practices once operators were awarded contracts based on their higher returns pledged to the OLG throughout the bid process.

“OLG renegotiated significantly reduced revenue commitments from casino operators despite signed contracts already in place. Our audit found that OLG’s willingness to compromise on holding casino operators accountable for their financial commitments undermined its privatization objectives and could appear to unfairly favour some bidders or operators. Its actions reduced its opportunity to maximize revenue from the casino sector for the benefit of taxpayers.”