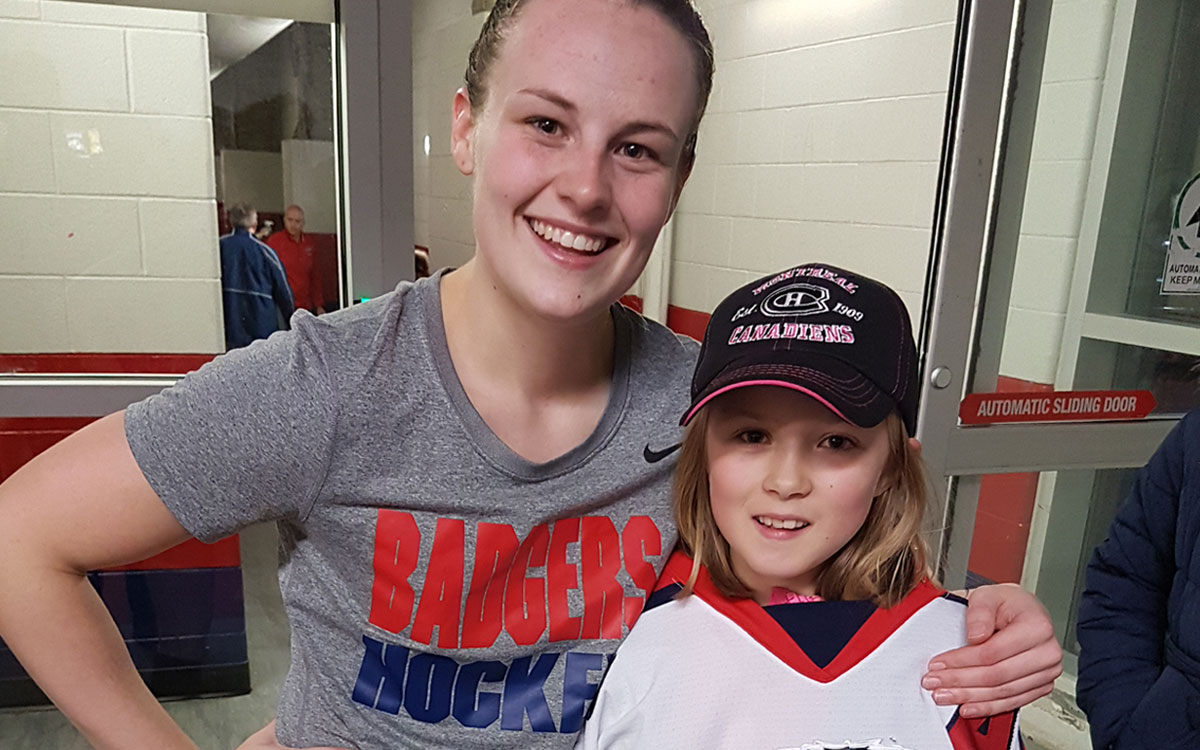 One of the most exciting events in the Meridian Centre’s history was the gold medal women’s under-18 hockey game in January of 2016. It was a sea of red and white, and one of the largest crowds ever to fill the downtown St. Catharines sports and entertainment facility. The enthusiasm should have come as no surprise, given the rise in popularity of girl’s hockey across the country and right here in Niagara. The St. Catharines Female Hockey Association (SCFHA) has formed a unique partnership with the top female hockey teams in the region to help continue that growth.

“The association has always believed that development at all levels is key to ensuring the success of our teams,” says SCFHA President Sue Guarasci.  “We have a good development model in place, but we are always trying to improve – continuing to make our teams more competitive,” she added.

A unique feature about the Jr. Badgers program is its partnership with the Brock University women’s varsity hockey team, and its coach Margot Page. Throughout the season Brock players attend Jr. Badger practices at all levels, assisting in drills and player-development. It’s a benefit to both organizations. “Obviously from the Jr. Badgers side, the girls get to interact with great female role models at their practices, and our girls get a reminder of why they started playing the game in the first place,” said Page. “Our varsity players love going to the practices and helping the younger girls learn the game,” Page explained.

The Brock women’s team not only had a good season off the ice, helping younger girls improve their skills, they had a pretty good run of their own, making the playoffs for the first time in six years. “We had a good season and there is still some hard work to be done for sure, but our focus is developing elite student athletes – championship-minded student athletes,” said Page. The coach says it’s about the ABCs – Accountability, Buy-In and Communication.

The partnership between the two groups started several years ago. Page says the current leadership group is simply trying to build off what was already in place, and continue to make improvements. It’s working.

Since its inception the SCFHA has grown from just a few teams to its current state of 440 players, with 12 house league teams from fundamentals (ages 4-6) to intermediate (age 21).  SCFHA also has 15 rep teams from novice to intermediate. This year four teams will be going to the provincial finals April 5th to 8th, to be held in arenas around the GTA. The Jr. Badgers intermediate team captured a provincial silver medal in Mississauga early this month.

By Kevin Vallier Time To Read: 2 min
Opinion Water water everywhere, but not a thought to think…
Business Niagara’s Next Jobs