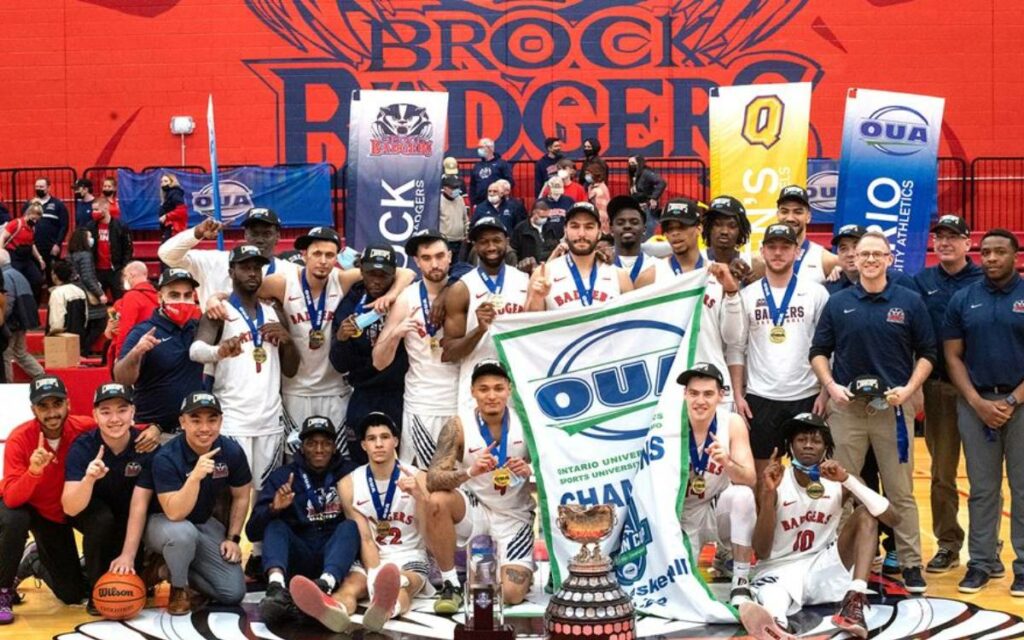 The Badgers won their first provincial title since 1992, defeating the Queen’s Gaels 95-75.

Manigat, who joined Brock in 2019, gave full marks to his players.

“When you’re doing that every day then these games feel like battles, and you build comradery. We have student-athletes that understand that. Understanding it’s about buying in and doing their best. It’s a credit to them.”

The Badgers now advance to the U Sports Championship later this week in Edmonton as the No. 1 seed and will take on the eighth ranked University of Saskatchewan Huskies in quarterfinal play.

“I’m excited for my players, having these guys enjoy this process, and to get to this stage and just treat it like every other day, it’s all about buy-in and you don’t have championship teams without buy-in,” Manigat added. “We want to continue to build on this and it starts with our next practice because we still have practices to go.”

Here’s a look at the U Sports Men’s Basketball Championship schedule:

Despite the loss, the Badgers advanced to the U Sport Championship at Queen’s University in Kingston and, as the fourth seed, will play the fifth ranked Acadia Axewomen Thursday afternoon in quarterfinal action.

And last, but certainly not least, the Badgers men’s hockey team have landed in Nova Scotia to play in the U Sports Finals. Also ranked fourth, the Badgers will take on the No 5. StFX X-Men at noon on Thursday.

“We had a great run through OUA’s playoffs, playing some of our best hockey at the right time,” Badgers captain, and Niagara Falls native, Jared Marino told The Niagara Independent.

“Ultimately we came up short in the Queen’s Cup, but we are ready to get a second shot at winning a title here at nationals. We need to be hard to play against, and capitalize on our chances if we want to be successful out here. These are the best teams in Canada at the U Sports level and the margin of error is very small.

We are excited for the challenge ahead of us.”

All U Sports Championship games will be live streamed here.