Battle of the bulge affects pro athletes too 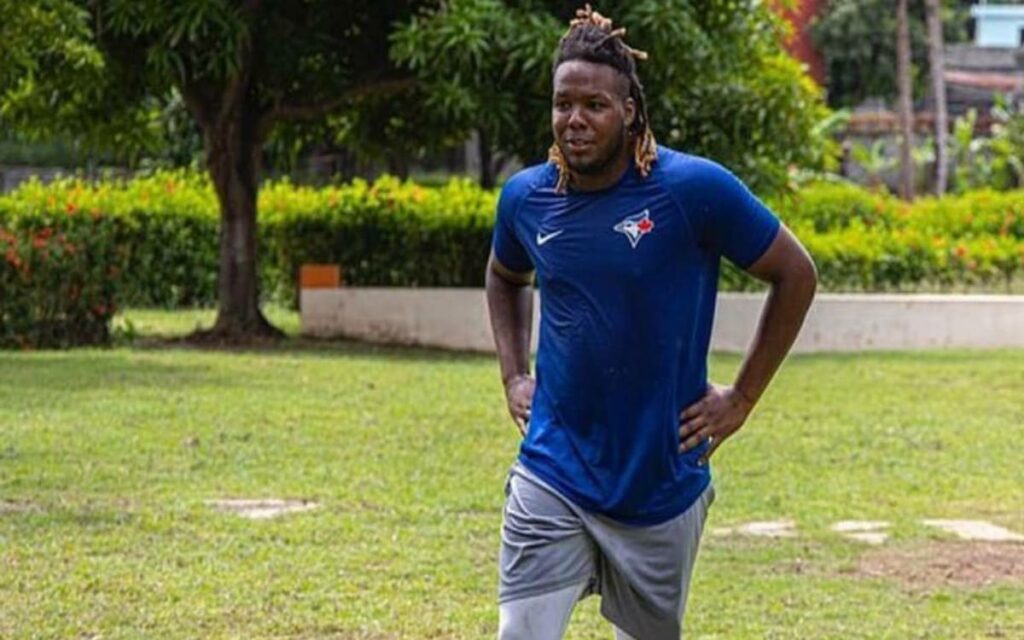 It’s something that inflicts the majority of the population at some point in their lives.

Whether it’s in your genes, or happens when your metabolism slows down while growing up, weight gain is real.

But when you hear about a professional athlete fighting weight issues you particularly take notice.

The Toronto Blue Jays infielder has been anointed by many to be baseball’s next star.

Guerrero Jr. arrived at Blue Jays training camp earlier this week looking slimmer, but just how much weight he lost wasn’t known until he addressed the media via zoom, and through an interpreter, on Wednesday.

That alone was impressive, but Guerrero Jr. also admitted he’s let himself and his teammates down in the past showing up to Spring Training out of shape.

“For the last couple years, they knew I was coming here out of shape. I didn’t prepare myself very well,” Guerrero Jr. said.

“I felt like, at that moment, my teammates needed an apology from me. I just talked to them for a while, and the good thing about that is that they accepted my apology. Right then, they talked to me, they motivated me. You know what? It’s in the past. Let’s start over again and start getting ready.”

“That’s the word to describe all I did,” said the Dominican Republic native when asked what he did back home during the off-season.

“I’m quicker in all aspects of my game right now, especially running the bases, I feel great. Taking ground balls, before I would feel a lot of fatigue taking ground balls. Now I can say 50 or 60 ground balls and I’m still feeling good.”

Defense has indeed been a question mark for Guerrero Jr since arriving to the majors, and that was in part because of his size. He simply wasn’t quick enough getting to ground balls. That has changed since his weight loss.

“I work very hard on my legs, because I really wanted to trust my legs,” Guerrero Jr. explained. “Before, I couldn’t trust my legs. I wasn’t getting there. I wasn’t getting to the ground balls, and of course at the plate, sometimes I wouldn’t stay back enough on the ball. Right now, we are working very hard on that. I would say my defense is where I really improved most.”

The Jays brass, including manager Charlie Montoyo, has been impressed by Guerrero Jr’s attitude change.

The Blue Jays open their spring training schedule Sunday afternoon in Tampa, Florida against the Yankees.

The Niagara Independent will provide you with a full season preview next month.