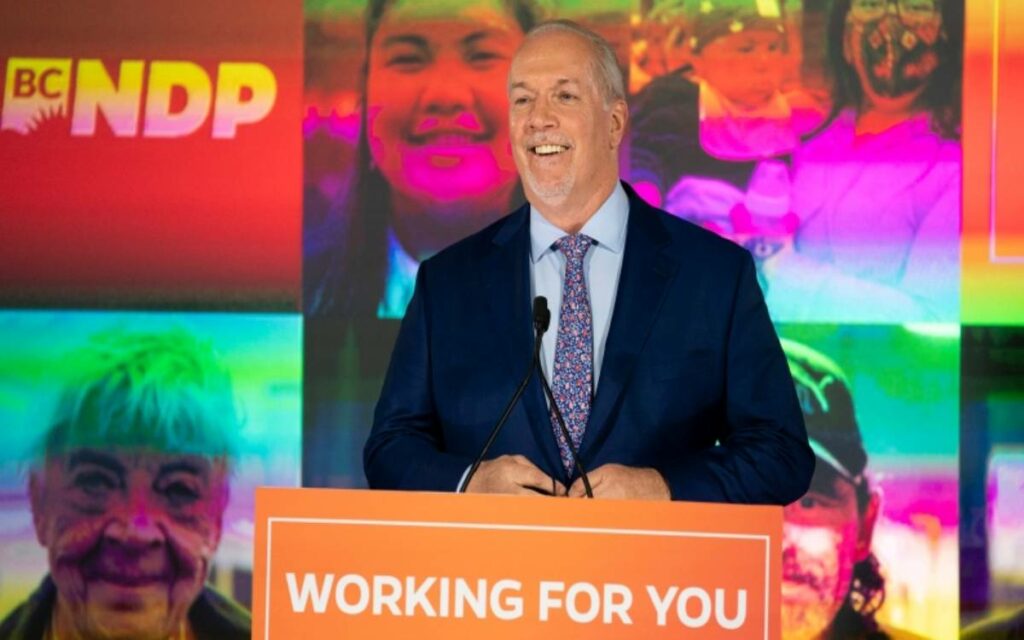 Premier John Horgan took a chance in calling a snap election only three years after the last election – in violation of the fixed election date provision in BC’s Constitution Act – with the hope of turning his minority government into a majority. That risk clearly paid off as his previous minority seat count of 41 was converted into a solid 55-seat majority.

The BC Green Party – with a very new leader in Sonia Furstenau – equalled its seat count from the previous provincial election in 2017 at three seats, but lost the balance of power position it held over the last three years in the minority NDP government.

The BC Liberal Party, which had been only one seat away from a majority government in 2017, suffered a big loss of 14 seats, ending up with 29 in the 87-seat legislature.  It was generally agreed that the Liberals ran a weak campaign, and virtually all of the NDP’s gains were achieved at the Liberals’ expense. These election results remain preliminary as about half a million votes were cast by mail and will not be counted until November, but the final tally is not expected to alter the NDP majority win.

All incumbent governments of every political stripe have received a sizeable popularity boost in public opinion polls during the pandemic.  This is likely a result of citizens’ knowledge of and appreciation for the increased role of government during such a crisis.  Public opinion polls during the BC election confirmed that the pandemic was by far the dominant issue.  As well, although negative economic impacts due to the pandemic have been severe, the worst is yet to come.  Once voters experience the extended depressed economic conditions and the inevitable reduction and end of government support measures, the bloom will be coming off the rose for all governments and their popularity is expected to decline.

This realization undoubtedly motivated the decision of New Brunswick Premier Blaine Higgs to call a snap election a couple of months ago, and BC’s Horgan more recently.  As both won their gamble to convert minority governments into majorities, other political leaders are likely to be thinking about following suit.

The two remaining provincial governments that hold minorities are Newfoundland and PEI.  At present, neither government is expected to call an election anytime soon, but neither was the BC government up until a few weeks ago.  Saskatchewan also goes to the polls this week, but that election was regularly scheduled by the province’s fixed election date law, not a last-minute decision like New Brunswick and BC.  Polls indicate that the incumbent Saskatchewan Party, led by Premier Scott Moe, is expected to win another majority.

The other notable minority government in Canada at present is that of Justin Trudeau, who has been rattling the sabres in Ottawa over the past few weeks, threatening an election over just about anything the opposition parties have been doing to pose questions about the ongoing WE charity scandal, federal pandemic spending and other issues.  Once again, polls indicate that Trudeau could well win a majority if an election was held now.  One big difference between the federal situation and that of New Brunswick and BC is that the last federal election took place barely a year ago whereas the provincial governments had been in place for much longer, albeit not the regular four-year term.

Whether the BC election result will be a good one for the province over the next four years remains to be seen.  NDP policy objectives did not seem to be hampered by its coalition with the Green Party during the past three years when it had a minority government. For instance, the Horgan government proclaimed in mid-2018 that all public infrastructure projects in the province would be required to hire union-only staff, a policy favourite of left-leaning governments rewarding their union friends at the expense of taxpayers and sensible fiscal policy.

The BC NDP’s re-election was also likely in part a result of reflected glory from the province’s Health Officer Dr. Bonnie Henry, who has been widely recognized as one of the most competent medical officials in Canada during the pandemic.  Once the pandemic recedes in importance, Horgan’s government will be judged on its own merits rather than those of health officials.  As with all Canadian governments, they had better be prepared for some heavy lifting. 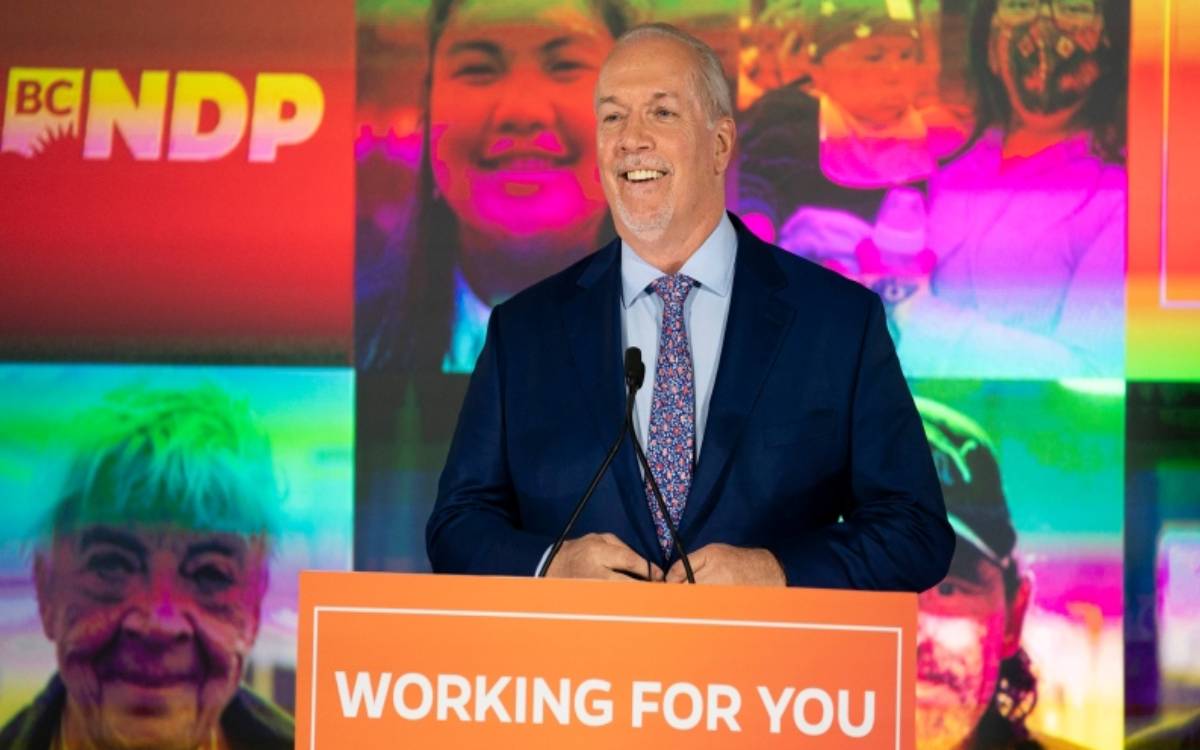