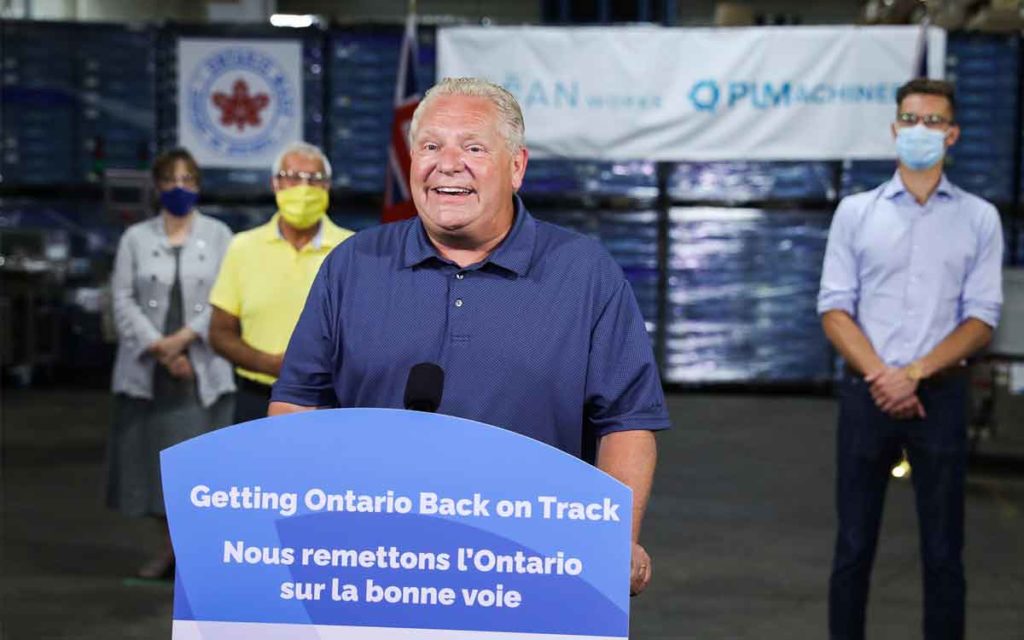 It’s the kind of partnership, innovation and forward thinking that the provincial government has been hoping to see happen since they took office.

The west Niagara based company manufactures a one-of-a-kind sanitizing device called the Clean Flow Healthcare Mini that can decontaminate up to 800 N95 masks per hour along with other personal protective equipment. In 2012, Clean Works became a joint venture between Moyer’s Apple Products and Court Holdings Limited.  Paul Moyer, of Moyer’s Apple Products, is a fruit farmer whose family has been farming in west Niagara since 1799.

Moyer’s Apple Products was awarded the 2017 Premier’s Award for Agri-Food Innovation Excellence from the Government of Ontario for its invention of the Clean Batch process, which kills harmful pathogens and mold.

Masks and other personal protective equipment are placed into the Clean Flow Mini and move down a conveyor belt into a treatment chamber.  Ultraviolet light, hydrogen peroxide, and ozone are then introduced into the chamber.

VanderVeen, speaking at the news conference said, “This investment allows Clean Works to pivot our manufacturing, retrain out staff and bring new employment into the region. This support for Clean Works and Pure Life Manufacturing will provide a runway far beyond these pandemic times.” VanderVeen said the funding will also allow the companies to further their technology to reduce the impact of viruses and pathogens in communities, schools, grocery stores and places of work.

The Premier called the technology, “the first of its kind in the world” saying “there’s nothing like this on the market.” He added, “We have the best and brightest minds right here in Ontario coming up with these home-grown solutions.” The $2 million announced by the Premier is through the Ontario Together Fund.

Mayor Sandra Easton, who’s town is celebrating its 50th anniversary, said that the, “tenacity of our community in dealing with the global pandemic has been nothing short of amazing.” Mayor Easton added, “Premier, we heard you, we all heard you, move out the red tape, get the jobs done, get things moving forward and I’m happy to say with the staff we have here in Lincoln that is exactly what happened.”

Ford said he’s happy to see different sectors working together to innovate and get products to market faster. He said the feedback he’s received has been that what’s taken two weeks to get new products on-line used to take ten years. “The ingenuity and creativity of the people here in Ontario, it’s absolutely staggering what I’ve seen.” 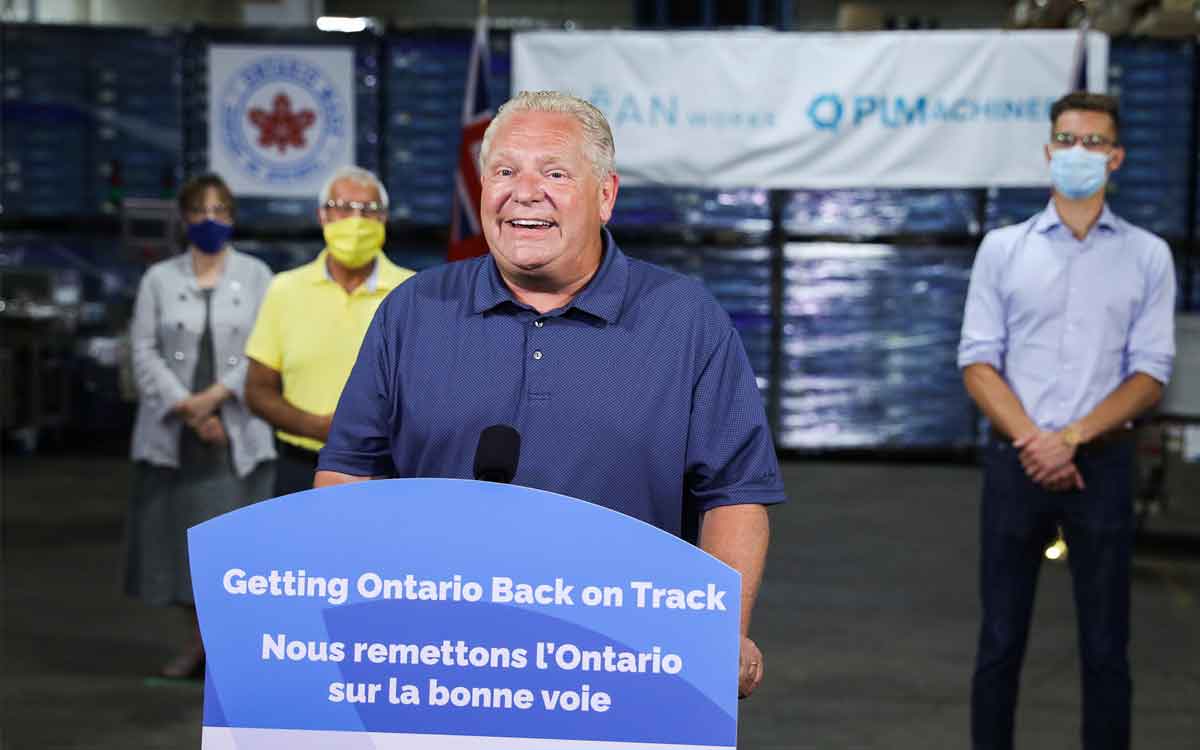