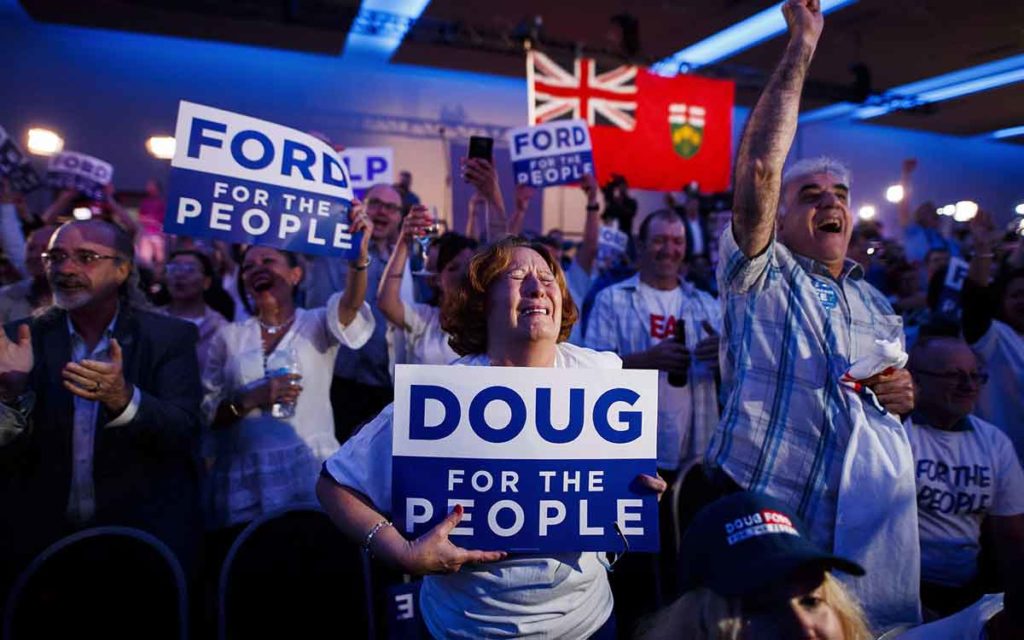 More than 7,000 Liuna members from across Ontario marched on Queen’s Park to protest the government and hear the leader of the official opposition speak.

It was April 23, 2018, the government they were protesting was that of Liberal Leader Kathleen Wynne and the opposition leader they were there to hear speak was new PC Leader Doug Ford.

This writer has always believed that private sector unionized workers have the same voting priorities as so-called typical conservative voters. Better jobs, lower taxes, good schools for their kids and the best hospitals if they get sick. Additionally, soft NDP supporters and those living paycheque-to-paycheque or not quite, round out that those voters.

By being able to tap into that coalition in 2018 Doug Ford was able to deliver a massive Progressive Conservative majority government in Ontario.

Unable to tap into that coalition – now-Toronto Mayor John Tory in 2007 and my former boss Tim Hudak in 2011 and 2014 as PC leaders – had those men sitting in opposition benches. Well at least one of them had a seat.

All of this is to say, when Canada saw the provincial Blue Wave turn into a Federal Sea of Red in Peel and the 905 on Tuesday morning one thing was crystal clear. Ford Nation didn’t come out to vote Conservative.

I don’t know if it was simply because they weren’t rallied to vote or because Prime Minister-elect Justin Trudeau’s unseemly attacks on the Premier worked. Not in the sense the attacks worked in swaying Ford Nation, but rather maybe the coalition was so angry their hero was benched and no one was defending him, that they stayed home in spite.

Here is my rationale; John Tory beat Doug Ford to become Mayor of Toronto in 2014 by just over 64,000 votes. Mr. Ford only took over from his brother Rob, whose health was failing, mid-way through the campaign.

Despite the public challenges the younger Ford left behind, the voting block of Ford Nation still existed and if the campaign would have been a month longer in 2014, I’m not convinced John Tory would not be Mayor of Toronto today.

In June, at the height of the so-called discontent with the Premier, Ford Fest attracted more than 10,000 people – none of them were booing according to the Toronto Star. So even at the provincial government’s lowest, Ford Nation still had a massive presence.

So simply repeating the media mantra that the Conservatives needed the premier to hide so he didn’t spook voters, doesn’t make sense for a few reasons. Ford Nation still has massive pull in Peel and the 905. Rural Ontario was always going for Conservative Leader Andrew Scheer. Western Canada was always voting against Mr. Trudeau.

Quebec, well, in my opinion once again the Conservatives were fighting the wrong party in “Le Belle province” and the Bloc Quebecois gains means anyone who cared about Ontario were already lost to the right.

So basically to attract voters in the 416, voters never available to the Conservatives, and to perhaps save a seat or two in the Lower Mainland in B.C., the commentary is the campaign gave up on the greatest recent voting block in Peel and the 905 – Ford Nation.

Now I have met Mr. Ford on numerous occasions and he has always seemed to me to be someone you could take at his word. His word of course was that he was too busy running the province to be campaigning for Ottawa.

There is also the possibility that the Federal Liberals were back channelling negotiations with the province to build new subways in Toronto – which of course makes Mr. Trudeau’s constant attacks even more confusing. There is also the argument that feelings from the “Spring of Discontent” were still so firmly held that the issues managers couldn’t pivot mid-way through the campaign when the voting blocks changed.

Now I don’t want to be a Monday morning quarterback – mainly because I was an actual quarterback. Also, Mr. Scheer and his team did something remarkable. Really, he was a party no name who put his hat in the leadership ring when many of the so-called giants abstained.

He saved Canada and the Conservative party from Maxime Bernier and his potential leadership of Big Blue. And all of that was before he went to Ottawa to battle an international rock-star federal leader who lists Barrack Obama, the Aga Khan and former Cuban Dictator Fidel Castro as friends.

Then Mr. Scheer went on to reduce the Trudeau juggernaut to a minority, win the popular vote and put himself in a position through a proper house strategy, to do real damage to Canada’s Natural Governing Party.

Given the makeup of the House of Commons my best guess on the name of the party that will bring it down is actually the governing Liberals. That means we could – potentially – see this government lasting four years.

That is a lot of time to breed discontent in the government and mend fences between conservative cousins. All of this is to say, whenever Election 44 starts, I don’t expect anyone across Canada who’s on the right of the political spectrum to be sitting on the bench. 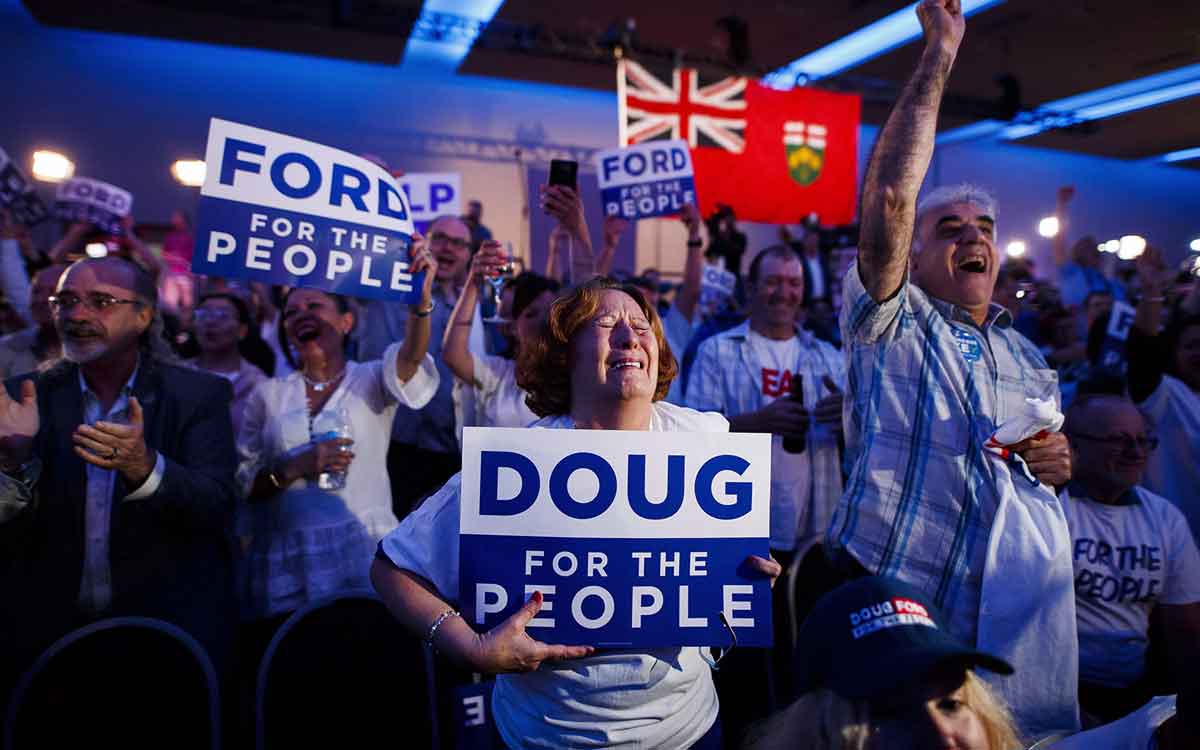