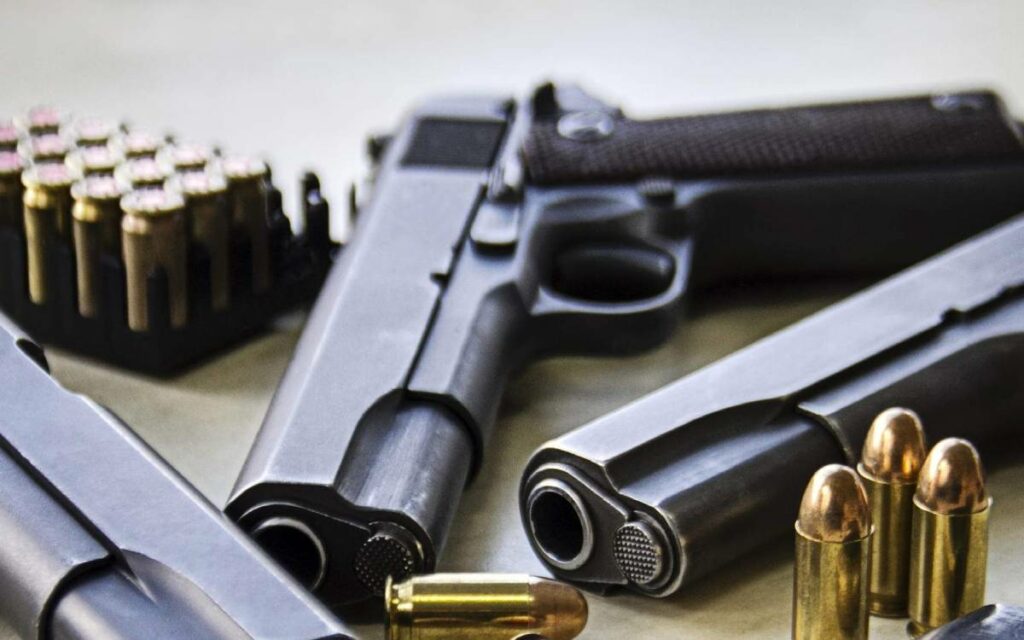 Justin Trudeau has been an abject failure in targeting gun violence.

Years ago I was standing at the entrance to the Tsuu Tina First Nation, bordering Southwest Calgary, on the day of the funeral for Connie and Ty Jacobs.

I was working as a crime reporter at the Calgary Sun at the time and, like every other reporter in the city, I was trying to find a way into the funeral. The RCMP killing of the mother and young son was national news and therefore the media manufactured consent was to get in to this very private of private moments.

The gun that was used to kill was obviously legal as it was a shotgun belonging to Cnst. Dave Voller of the RCMP stationed in Okotoks. He was later promoted, but that is not germane to this story. Only to say it was what Hollywood calls a justified shooting.

Cnst. Voller fired his shotgun after he saw Connie Jacobs brandishing a weapon as he was responding to a child protection and apprehension call in the middle of a snowstorm. The scatter shot hit the mother and her young son standing behind her. They died on the scene.

The fatality inquiry later asked the question if Ms. Jacobs had actually fired the weapon leading to her and her son’s death. Many knowledgeable of the weapon said it was decades old, unmaintained and certainly not properly stored or housed. Registered? Forget it. Able to fire? Who knows?

Fast forward to my wedding night up in Northern BC on the shores of Moberly Lake near Dawson Creek – the place, not the TV show. My gun loving father-in-law (former father in law) had gotten one of his friends to lend us a cabin for the wedding night.

He joked that I, being city folk and not really into firearms, shouldn’t look under the bed. I did of course, and under the bed in the cabin with easy locks to pic, were at least five rifles.

The next day when asked if I looked under the bed I exclaimed, “I sure hope those things aren’t loaded.” The response from my then father-in-law and his son standing next to him was swift; “what’s the point of an unloaded gun?”

Guns, guns and more guns were standard around the cabins he owned. It was not uncommon to see rifles balanced near the inside of the door to his cabin, even when his toddler of a grandchild was around. Not my kid.

The rationale was that once, a decade or two ago, a black bear wandered onto the property. So you needed quick access to a firearm in case it happened again.

This is shoot, shovel and shut-up territory. These are not the voters Justin Trudeau is trying to gain by offering a gun amnesty.

Regardless, if the memory of the cache of weapons under the bed on my wedding night or the Connie and Ty Jacobs incident are any indication, a gun amnesty for old useless yet still dangerous weapons isn’t the worst idea.

Do I think it will make a difference in Canadian gun violence, no, not at all. Do I think the reason the latest amnesty is happening is to respond to gun violence? No. It’s so the kinds of people who have such a cache of weapons will continue to vote Conservative and make outrageous statements so Liberals can continue to label them, and all Conservative voters, as troglodytes.

But Mr. Trudeau does need to do something in light of his massive failure to protect Canadians from gun violence.

According to StatsCanada, in 1992 there were 247 homicides by shooting in our country. That number began decreasing below the 200 mark as soon as 1993. In the last full year of the Stephen Harper Government there were a total of 155 homicides in Canada by guns and 102 of those were handguns.

In 2016, the first full year of Justin Trudeau’s government, Canada saw a massive increase of gun homicides, 223 to be exact and 130 through the use of handguns. This was happening with an NDP government in Alberta and Liberal Government in Ontario – not exactly supposed gun lovers. This was, by the way, the last time the number has been above 200 since 1996.

In 2019, according to Statisca.ca, the number of gun homicides in Canada was 263.

On January 17, 2020, NPR published a report of surging gun violence in Toronto. The American media outlet is not a right wing mouthpiece. In the story David McGuffin reported, “By the end of 2019, more than 760 people had been shot in the city, 44 of whom were killed, according to Toronto Police. That’s triple the number of shooting victims in the city in 2014.”

For reader’s sake, 2014 or course was the last full year of the Stephen Harper government.

If you go with the simple premise, that if you are in charge anything that happens under your watch is your fault well Justin Trudeau has been an abject failure in targeting gun violence.

In fact, you are nearly 60 per cent more likely to be killed by a gun in Canada with Justin Trudeau in office as you were in Stephen Harper’s last year in politics.

The fact is Canada is more violent and gun homicides are skyrocketing since Justin Trudeau took over for Stephen Harper. Mr. Harper in fact, along with his predecessors Jean Chrétien and Paul Martin, were successful in stemming the number of gun homicides in Canada.

Clearly, by the numbers alone, this isn’t a Liberal vs. Conservative thing. What is even clearer is Liberals can’t blame Harper on this one and if they are going to bring in new rules they should own up to why they are needed.