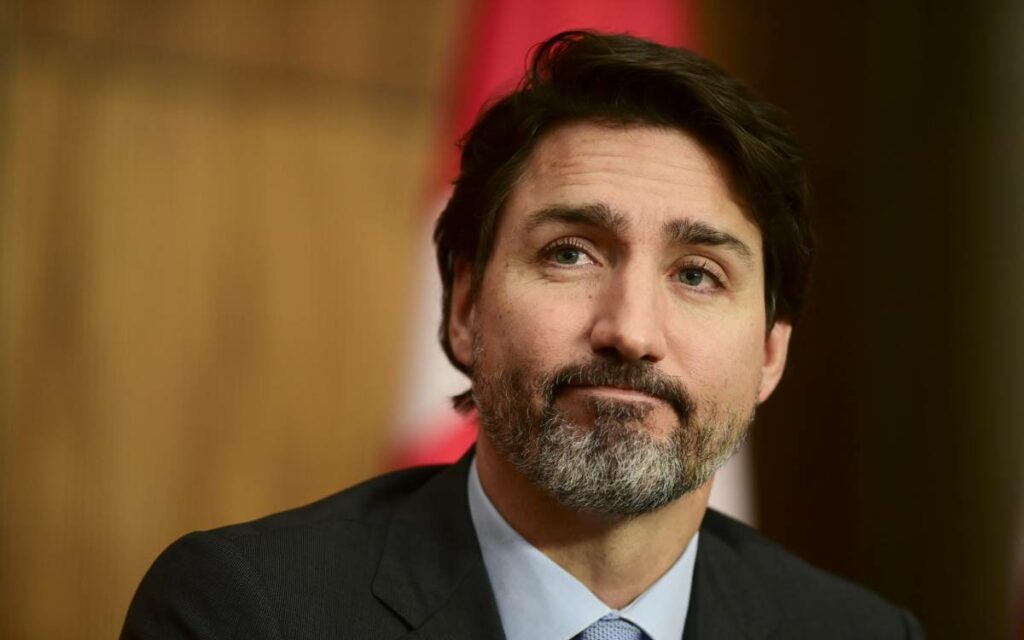 Prime Minister Justin Trudeau at a press conference on October 27, 2020. The prime minister has been heavily criticized as of late for failing to properly secure the country’s international borders from incoming flights on route from COVID-19 variant hotspots. Photo credit: The Canadian Press/Sean Kilpatrick

Recent weeks have seen a battle of words between the Ontario government and the federal Liberals over the issue of whether or not the Trudeau government has been imposing sufficiently effective controls at our border to keep out COVID-19 cases and its many pernicious variants. Throughout the pandemic to date, the federal government has announced various border policies with great fanfare, and then done very little if anything to actually implement them. This is a hallmark of the Trudeau government – make sweeping, self-congratulatory policy announcements on a wide range of issues, then do little or nothing to ensure the policy comes to pass.

Defenders of the Trudeau government like to say that only one to two per cent of infections come from international travel. Really? It requires some real statistical contortions to make such a claim. Although it may be technically true that infected people crossing the border account for a relatively small percentage of actual cases, they obviously infect many more once in Canada and the numbers climb accordingly. COVID-19 did not originate in Canada, so ultimately 100 per cent of cases were the result of people bringing the virus in from outside of our borders.

The fourth wave of the pandemic has been largely driven by the highly contagious variants that originate in parts of the world outside of Canada, so once again they are only appearing in Canada because they have been permitted to enter courtesy of our porous border policy. It is no accident that the provinces that have had the worst experience with COVID-19 are those in which multiple international airports are situated.

It is very well known that the weak and inconsistently enforced measures the Trudeau government has announced regarding border control are regularly being dodged by people who are conveyed to the Canada-U.S. border by car or other means of transportation, then walk across the border on foot and pick up some form of transport to their ultimate destination on the Canadian side – all undeterred by any border authority. Many travellers have been permitted to pay fines instead of going into quarantine, totally defeating the purpose of the policy in the first place. The so-called ‘quarantine hotels’ have become such a bad joke that last week a federal advisory panel recommended getting rid of them completely as they had been proven to be so ineffective.

Once all the evidence is considered, it’s difficult to argue factually that our border is not a key problem.
Many of the provinces have been frustrated as they have had to deal with the results of a porous border, while unable to change border control policies as they fall under federal jurisdiction. The Ford government’s frustration recently took the form of sponsoring radio and television ads to emphasize the issue and hopefully increase the attention paid to the many serious problems at our border and their impact on driving further infections. The federal Liberals commented on these ads in their usual condescending manner, calling them “nasty attack ads” and claiming they were not helpful.

The content of the Ford government ads were actually quite factual. As well, various Ontario public sector unions have been running ads against the Ford government that are much more “nasty” and not very factual at all. For instance, ads sponsored by the teachers’ unions constantly claim that the Ontario government is cutting education spending, when anyone with the basic ability to read a provincial budget knows that education spending has gone nowhere but up under the Ford government, even before the pandemic hit. The fact that the unions act as a proxy for Liberals in consistently attacking conservative governments means the Liberals do not have to undertake such advertising themselves and can dishonestly pretend to be above the fray. It is an ongoing disgrace that public sector unions in Canada, funded by private sector taxpayers, are permitted to engage in such partisan activities. Mind you, although the Liberals might not be running ads, they certainly do not hesitate to level foolish criticisms such as calling those who disagree with them on things like the censorship legislation contained in Bill C-10 “tinfoil hat wearers” and “extremists”.

The only reason the federal Liberals are so quick to criticize the Ontario government at this time is all about their hopes for the next federal election. Attempts by Trudeau and his colleagues to disparage provincial conservatives anywhere in Canada in the hope it will rub off on their federal counterparts and deliver precious votes to Liberals, especially in places like vote-rich Ontario. Despite the political gamesmanship, the facts on the border issue are clear – it is exclusively the responsibility of the federal government, Trudeau et al. have done an abysmal job managing the border throughout the pandemic, and Canadians’ health and economic fortunes have suffered greatly because of this failure. All the “tinfoil hat” accusations in the world can’t obscure that fundamental reality.