Bring on the Ravens 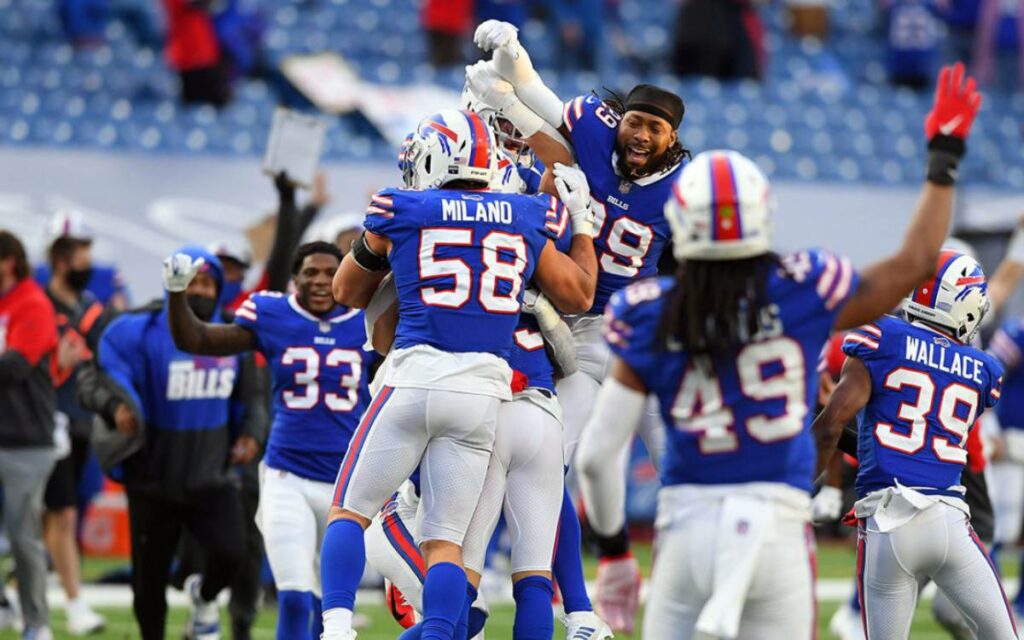 Buffalo Bills will host their first ever night playoff game

Just over 24 hours after securing their first playoff win in a quarter century, the second seeded Buffalo Bills were told they would be hosting their first ever night playoff game.

The only question – who would they be facing next Saturday night at Bills Stadium? Would it be the Pittsburgh Steelers or the Baltimore Ravens?

That question was pretty much answered after one quarter from the Steelers, Cleveland Browns game. The Browns opened a 28-0 first quarter lead in a 48-37 final. The score flattered the Steelers.

So a date with Lamar Jackson and the fifth ranked Baltimore Ravens is on tap for Buffalo. Start time 8:15 pm at Bills Stadium.

When you think of the Ravens over the past decade you think of one thing, their defence in that tough AFC North Division.

However, since Jackson’s arrival in 2018 that vaunted defence now has a truly gifted piece on the other side of the ball to run its offence.

This past weekend, after falling behind 10-0 at Tennessee, Jackson scampered for a 48-yard touchdown in a way only he could as some called it the greatest rushing touchdown ever by a quarterback.

The Ravens would go on to defeat the Titans 20-13, as Jackson picked up his first playoff victory.

Baltimore will enter Saturday night winners of six straight games, while Buffalo has won seven in a row.

And get this, the two teams have never met in the postseason.

It’s easy to say it will be the Bills offence against the Ravens defence, just as easy as it is to say this game will be won in the trenches – along the line.

Buffalo’s defensive line will have to play better than they did against the Colts in a 27-24 final.

On the other side of the ball, you know Ravens head coach John Harbaugh will blitz Josh Allen all game long, but Allen has matured in his third season, especially reading against the blitz.

“We have a quick turnaround, we have a team (Bills) just watching them on tape that’s playing absolutely as well as anybody in the league has all year. We have our work cut out for us with a short week,” Ravens head coach John Harbaugh said.

“They’re a very well coached team, creative. Sean McDermott does a great job. They know what they’re doing, but it starts around Josh (Allen) for sure.”

And while Harbaugh was quick to praise and point out the play of Allen, Buffalo Bills head coach Sean McDermott was asked about trying to slow Lamar Jackson.

We have a lot of respect for how good the Ravens are, and the success that they’ve had over the last number of years under coach Harbaugh.

I think the key is having a good week of preparation,” said McDermott.

The Bills haven’t lost at home since October 19 against Kansas City, and have opened as a two-point favorite against the Ravens.