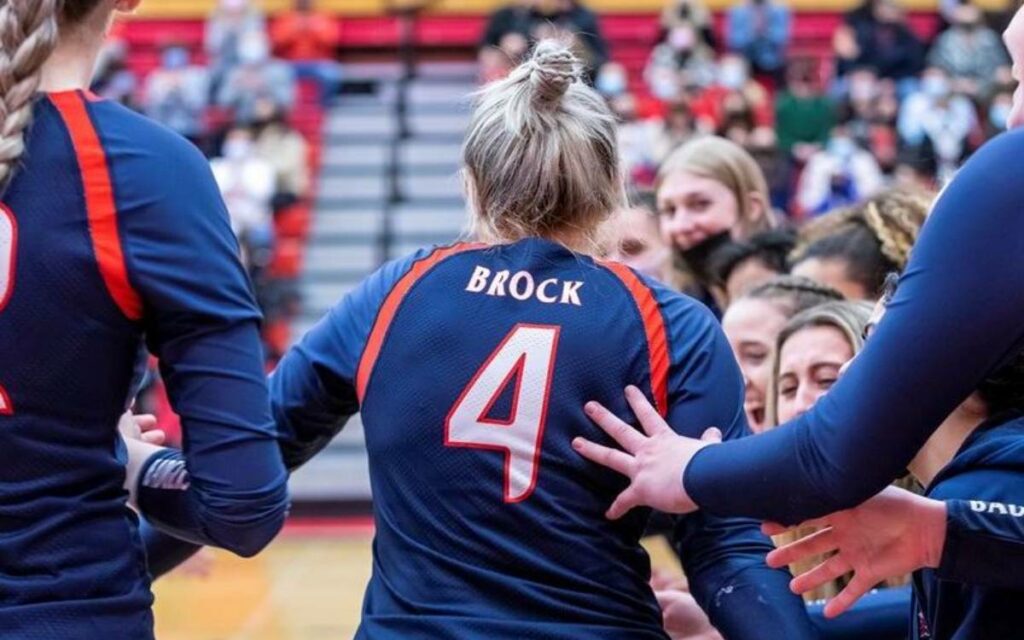 It’s been an impressive return to sports for a number of Brock Badgers teams. Currently, no less than five of Brock’s sports programs are ranked in the Top-5 of the U Sports weekly rankings, including the women’s volleyball team (pictured). Photo credit: Brock Athletics

The global pandemic shutdown Badgers Athletics in March of 2020.

Twenty months later, no fewer than five Badgers teams are ranked in the Top-5 of the U SPORTS (University Sports) Top 10 weekly rankings as the calendar turned to December 2021.

Head Coach Mike Rao told The Niagara Independent, despite his team’s impressive start to the season, there’s room for improvement.

“I believe we are progressing well as a team,” explained Rao. “We are working to mesh the individual skills of players into our team concepts.

Our goal of sharing the ball selflessly will result in a more successful team outcome, and a better brand of basketball that is more enjoyable to watch.

We have much more to accomplish.”

St. Catharines native, and fifth year forward, Sam Keltos is fourth in the nation with 2.1 blocks per game.

“Our team is happy with the start we’ve had, and as a group I think we are all on the same page,” said head coach Willy Manigat. “We know we have so much further to go, a lot of holes to fix, but we are excited about the challenge.”

First year Badgers, and former Carleton Raven, TJ Lall ranks fifth in the nation in scoring with 22.5 points per game.

The Brock women’s volleyball team is also undefeated at (5-0).

Second-year libero Aleiah Torres leads all of U SPORTS with 5.38 digs per set.

The perennial powerhouse Badger wrestling teams are once again looking forward to another championship run in 2022 according to coach, and former Canadian Olympian, Marty Calder.

“Our athletes, coaches and staff are all very excited to be back training and competing again,” Calder said.

“We have the same mindset as we always have – making everyday count in our quest to be ready in February to contend for national titles.”

Here’s a look at the latest U Sports rankings (with BROCK capitalized and bolded for each):