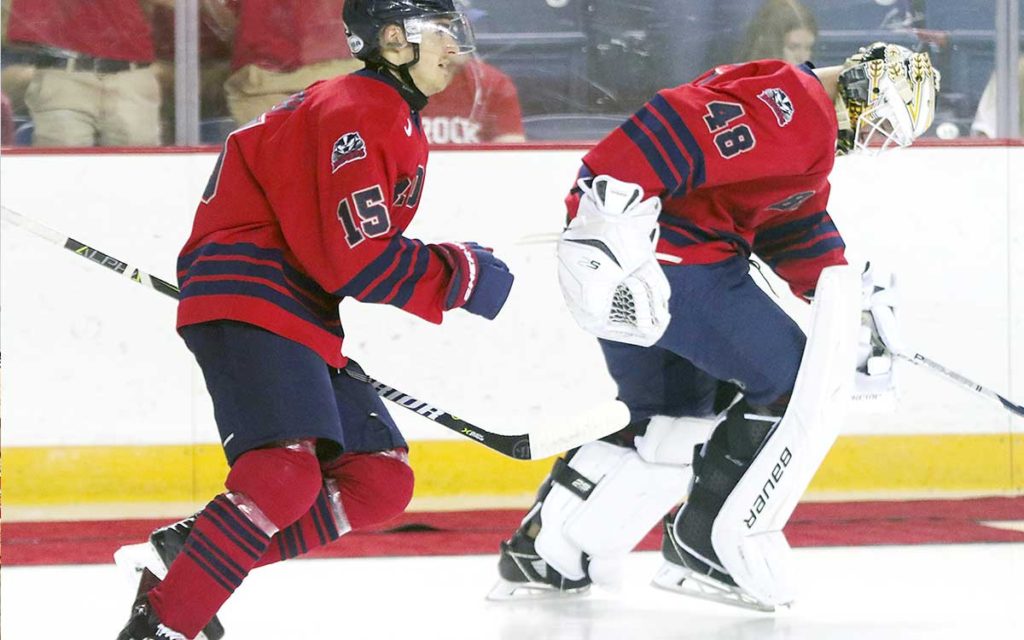 The Brock Badgers men’s hockey team is looking to build off last season’s impressive playoff run when they open their season at home tonight. The Badgers will host the York Lions at 7:15 p.m. at the Seymour-Hannah Sports and Entertainment Centre.

Brock is coming off a successful season where they posted a record of 14-9-5 and upset Guelph, York and Laurier in the playoffs. They reached the U SPORTS National Championships in Fredericton, New Brunswick, but were eliminated in the first round.

Brock is eyeing a return to the OUA championship and a place on the national stage. They will have to get their without a good portion of their lineup who were lost to graduation, including one of their leading scorers, Josh Timpano, and star goaltender Clint Windsor.

To stay competitive, head coach Marty Williamson worked hard over the summer and stayed busy on the recruitment trail.

U SPORTS ranked Brock 10th in the country in its first 2018-19 power rankings last week.

“I’m proud of our guys last year and what they accomplished,” said Williamson. “This is a new group with a lot of work ahead of us, but to be ranked in the Top 10 says a lot about our program and the university to recruit top-end talent.”

This year’s recruitment class consists of a strong group of forwards along with defence-man Connor Walters of Welland, who won the Memorial Cup with the Hamilton Bulldogs.

The Badgers bolstered their lineup down the middle with centreman Tyler Rollo of the London Knights.

They also added goaltender Logan Thompson, who stands 6-foot-3 and played three seasons with the Brandon Wheat Kings of the WHL and received an invite to the Washington Capitals camp over the summer.

Williamson said the Badgers will be a defensive team this season and gave a lot of credit to his squad’s strong goaltending depth.

“It’s the only way I think we know how to play,” he said. “We’re not going to be a high-scoring team. It’s just our makeup. We have to work awfully hard, but our motto is that if we can get to three or four goals, we believe we can win.”