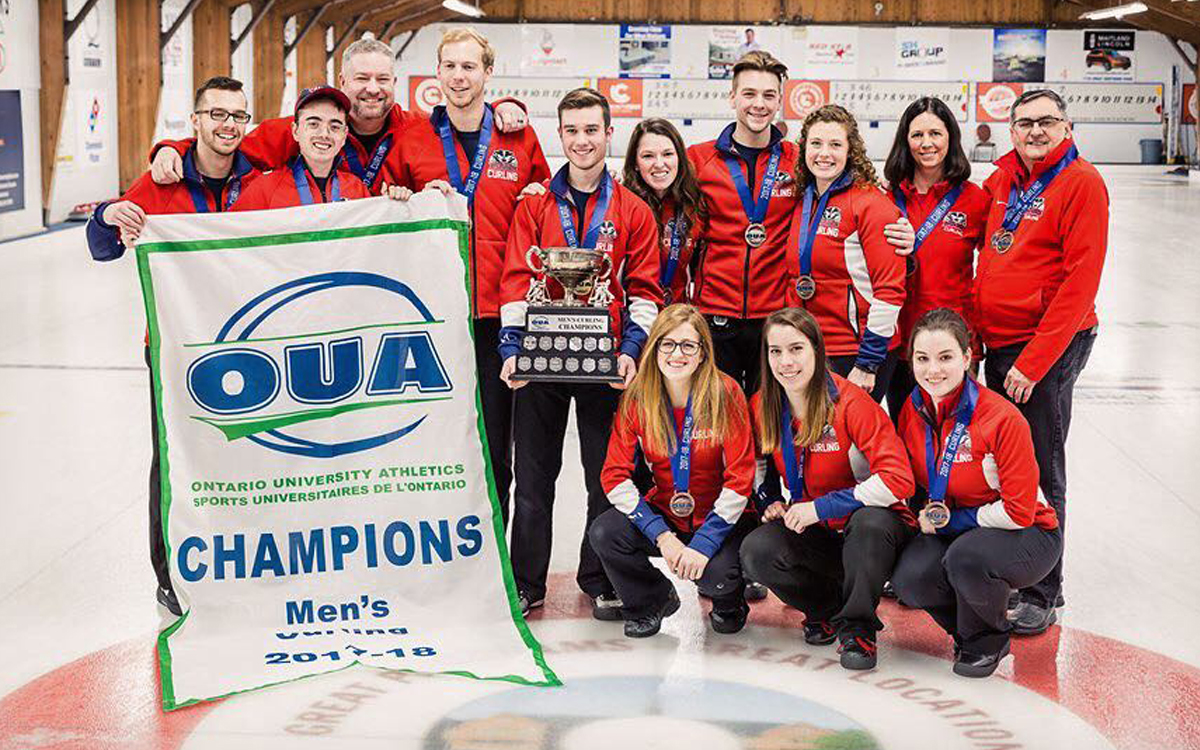 Brock curling has quietly experienced great success since Head Coach Murray Etherington took over nine years ago.  In the last five seasons alone, the Brock Varsity Men have won three OUA Bronze Medals and one OUA Gold Medal, while the Varsity Women have won two OUA Silver Medals and one OUA Bronze Medal. While these Brock teams haven’t medalled in the last few tries at the U-sports Championships, the Varsity women did win silver in 2011 and 2012; the Varsity men won Bronze in 2012 at the national championships.

The Brock teams play out of the St. Catharines Golf and Country Club where they participate in the club’s men’s and women’s league play.  Brock retains both Varsity and Junior Varsity (JV) Teams.  “We were one of the first university Curling Programs in Canada to start the JV, or Developmental team, system. We have had the JV teams since 2011/12 season and over the years many of the Varsity curlers have come from the JV teams,” said Etherington.

The curling community in Niagara is familiar with the success of the Brock program and very supportive.  “It’s no surprise to many to see Murray molding that program into a success”, says Jeff Bolan of the Niagara Falls Curling Club where Etherington has been a member, and presence, for many years.  “Murray has studied the game and teaches it well.  Many of our adult teams, like mine, are often asking Murray for advice to help fine tune our game.”

For his part, Etherington attributes the success of the Brock curling program to others.  “It starts with the tremendous support we receive from Brock Athletics as a funded Varsity Program. Then it is all about the quality of past athletes and coaches and the people who we now have in our program”, said Etherington. We have always tried to foster a family-first environment; athletes and coaches who are team-oriented, willing to learn, willing to train and willing to try and be the best curler, coach and teammate that they can be.”