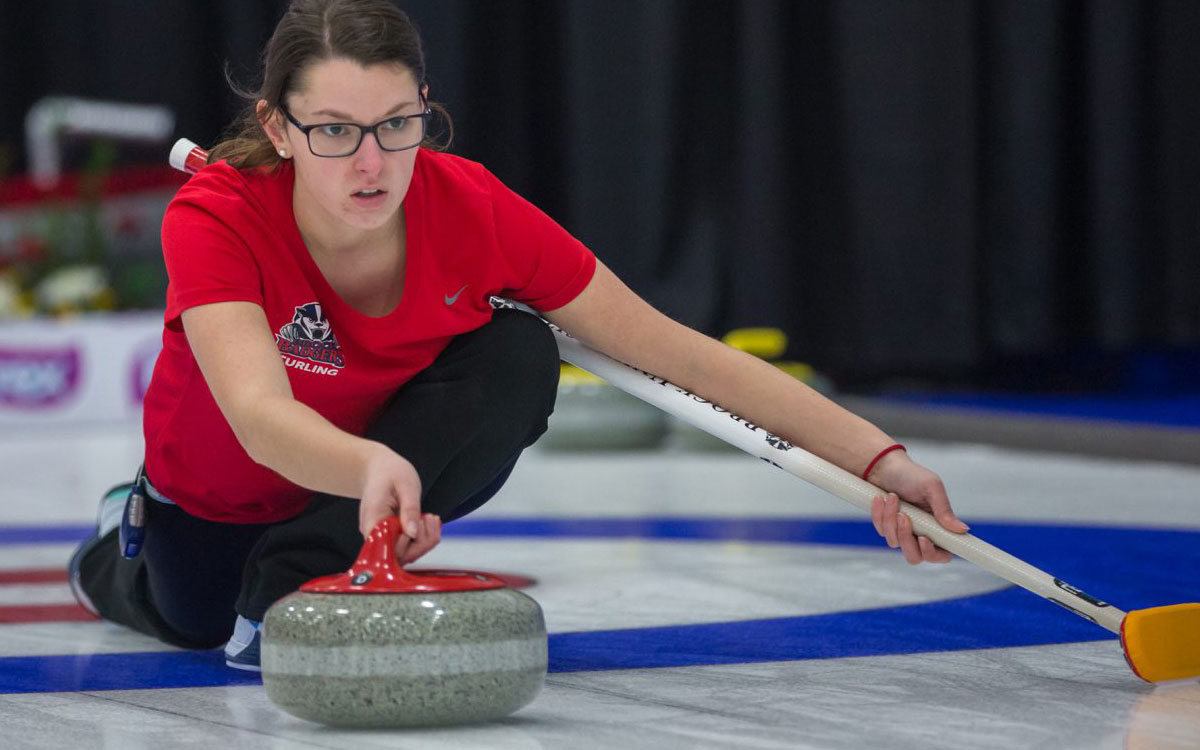 “Whoever played against us today . . . would not stand in our way.” Brock Badger’s curling coach, Murray Etherington, was referring to the Brock women who steam-rolled over Mount Allison Mounties to win the bronze medal at the U-Sports Canadian Championships in Leduc, Alberta on Wednesday. The scoreboard showed Brock leading 12 to 2 after 6 ends, and that was enough for the Mounties. The Badgers team, Skip – Terri Weeks, Vice – Jessica Humphries, Second – Marcia Richardson, Lead – Joanna Francolini and Alternate – Jeanette Burnside, shot a combined 83 per cent in their final match together.

Etherington said the Badgers were driven by a powerfully positive mind-set that was created following a heart-breaking loss to Thompson Rivers Wolfpack in the semi-finals. “It’s (semi-final) one of the best games I’ve been involved in, coaching-wise,” admitted Etherington. “We stuck to our game plan . . . put a lot of rocks in play . . . a lot of freezing and tapping.  But Corryn (Thompson Rivers skip, Corryn Brown) made some incredible shots,” said Etherington.  On a couple of occasions when Brock appeared to have ends all set-up to steal, Brown, a former Canadian Junior champion, turned things around.  She delivered a flat double, that the coach concedes nobody thought was possible. Instead of Brock scoring one, the Wolfpack picked up two. Brown later threw a run-back double to erase another steal for the Badgers.

Brock rallied to score two in the ninth end of the semi to tie things up but could not stop the Wolfpack from picking up a point in the tenth. With the 8-7 win, Thompson Rivers advanced to the gold-medal game but had to settle for silver, losing to the University of Alberta Pandas 6 to 3.

Brock men’s curlers may have peaked too soon.  They won the Provincial gold medal in February, the first in over a decade, but ran into some hard times at the national competition. Assessing the men’s performance, Coach Etherington used a curling expression: “They just missed the wrong side of the inch.” He credited the men with putting in a solid performance but acknowledged they missed a couple of key shots that allowed opponents to take advantage. “All the games were so close that you can’t afford to have one or two of those misses,” said Etherington.  Skipped by Eric Bradey, with Jamie Waters, Nick Lemieux, Ben Hughes and alternate Doug Thomson, the team finished with a 2-5 record.  The Women Badgers wound up at 5-2.

In his 9 years of coaching Brock Curling Teams, Etherington has guided the women to two silver medals, to go with this year’s bronze, while the men’s teams have also won a bronze. He believes the team’s successes are founded on a great culture within sports at Brock. “I’m fortunate to work with some great young people who understand the importance of team play. They’re encouraged to put team first, and we work as a family . . . offering support to the athletes.”

By Stu Black Time To Read: 2 min
Local State of the Region Highlights Economic Growth in … 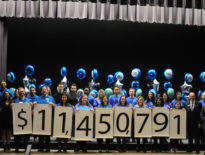