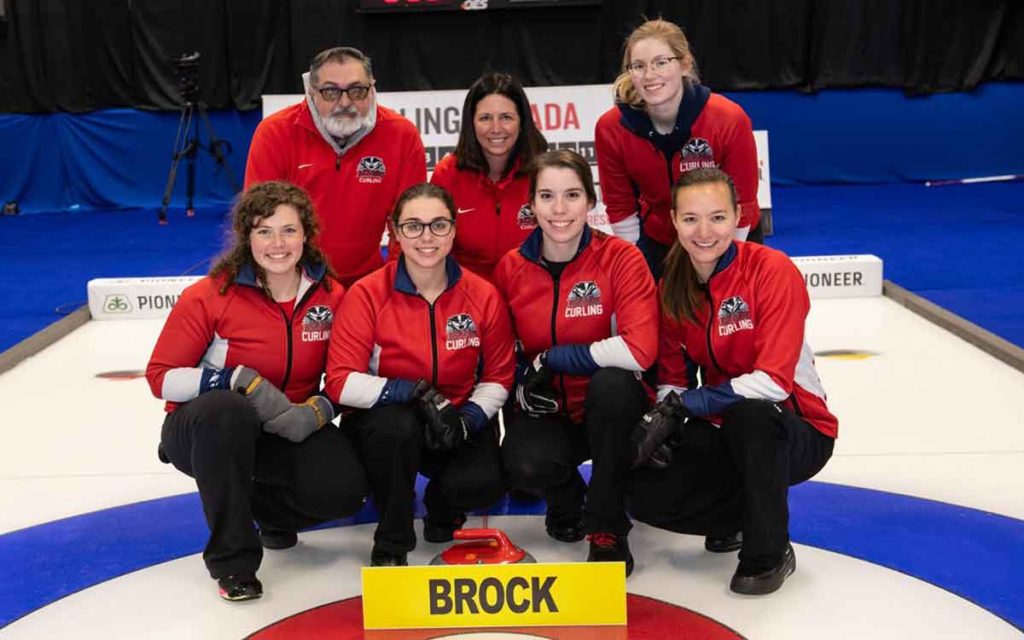 They don’t call them ‘Team Resilient’ for nothing.

This is the second consecutive year the women’s squad brought home a medal from the U SPORTS Curling Championships, this time held at Willie O’Ree Place in Fredericton, N.B.

“Our women’s team has been nicknamed ‘Team Resilient’ and they remained supportive of each other throughout the game and the season,” said head coach Murray Etherington. “I am extremely proud of the women’s efforts and competitive display today.”

Both teams made few mistakes in the faceoff and the skips were strong with their last stones, which resulted in a low-scoring game with not a lot of big opportunities to widen the scoring gap. Laurentian never trailed, winning 7-5.

The Badgers read the ice well early in the match, but Laurentian led 3-0 after the first end.

“We had a couple of misses in the first end that our opponents capitalized on,” said Etherington. “After that, both teams played a great game.”

Back-to-back sharp throws by senior skip Terri Weeks late in the second diffused all of Laurentian’s plays and allowed the Badgers to keep the hammer heading into the third, where they brought the score within one (3-2).

Weeks made a difficult throw to destroy the guards Laurentian built in the fourth, but the Voyageurs registered a point with a calculated throw.

“We tried to take advantage of our opportunities to score, but the Laurentian team played really well and we kept trying to put pressure on their skip and she made a pistol on her last rock to win the game,” added Weeks.

Holding the hammer in the ninth, Brock’s first-year vice Claire Randell tossed a pair of dynamite throws to put Brock into the red, with the Badgers trailing 6-5 into the final end.

“Our last shot hit and rolled out in the ninth end. That was unfortunate, but we made Laurentian throw their last shot to the button and Kira Brunton made a great shot to win,” said Etherington. “That is really all that you can ask for.”

The Badgers, who curl out of the St. Catharines Golf and Country Club, enjoyed a successful curling season. The women’s team went 5-2 in the round robin and overcame Queen’s 6-5 in the semifinals. At the OUA championships, the women won bronze.

The men’s team went 2-5 at nationals and won a silver medal at the OUA championships.

“I know the men struggled, but I am really proud of how they competed hard in every game and then came out to support the women,” Murray said. “Both teams represented Brock University with enormous pride. I am thankful to have such a great coaching staff and so many terrific student-athletes in our program.” 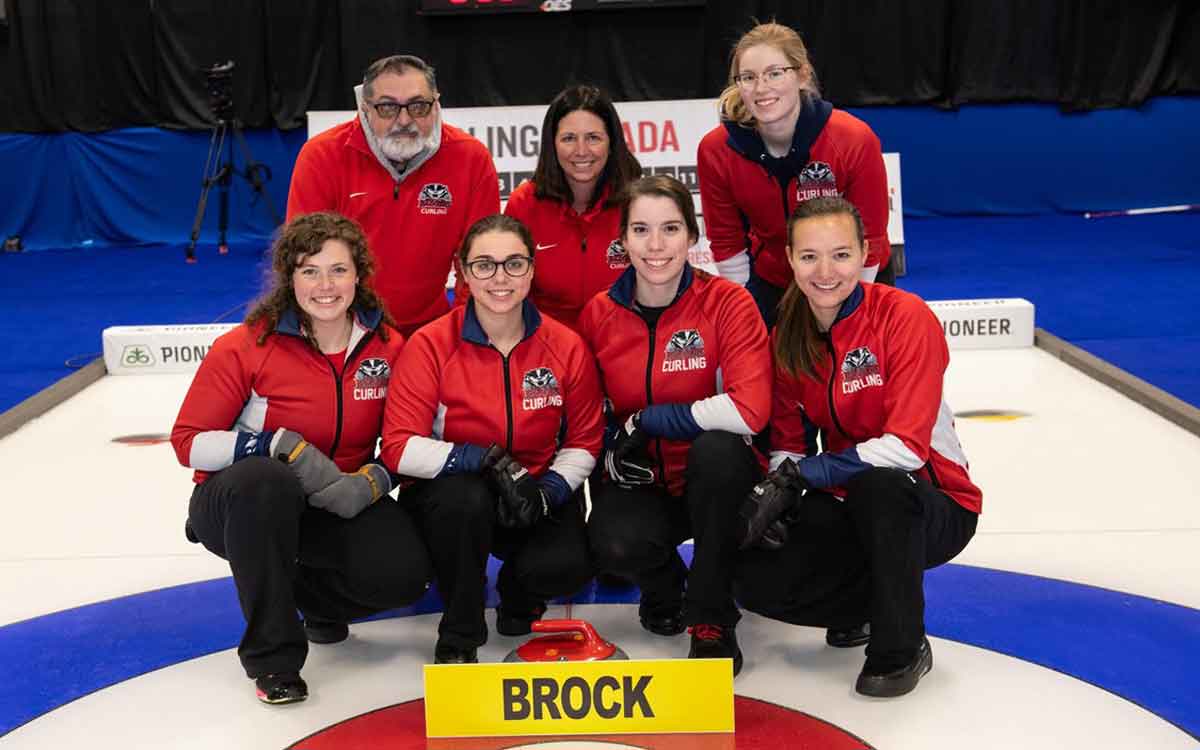