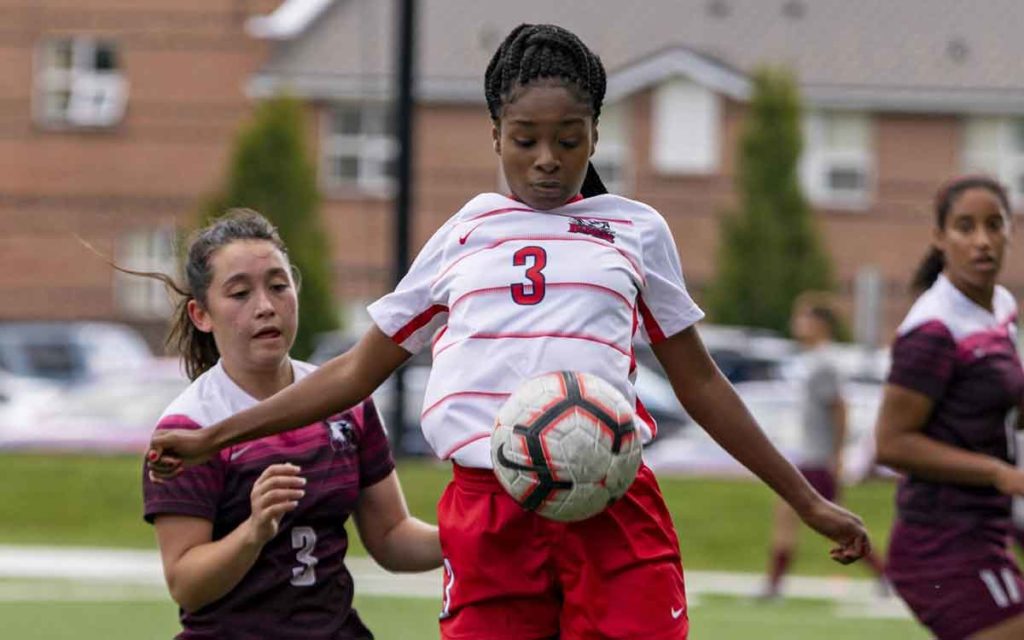 There will be a Brock Badger on the field when 20 international soccer teams clash at the 2020 CONCACAF Women’s U-20 Championship in the Dominican Republic from Feb. 22 to March 8.

Brock midfielder Arnelle Douglas, a second-year Humanities student from Bowmanville, was recently named to the Trinidad & Tobago U20 squad that will compete for a chance to qualify for the FIFA U20 Women’s World Cup in August.

“I am extremely proud and very honoured to be able to represent my other country and my heritage,” said Douglas. “It is not just the country I am representing, but I’m representing my family, our values and all of their hard work.”

After one of Brock’s matches earlier this season, Douglas was approached by a scout suggesting she connect with Trinidad & Tobago’s national program.

Within a few weeks she was on a plane heading to Trinidad for trial sessions. She returned home and after landing in Toronto, received news that she’ll be representing the dual-island Caribbean nation.

Douglas is no stranger to the international stage as she’s represented Canada in Sweden and Denmark at the Gothia Cup in the past, however she’s elated to represent the other side of her culture.

“My heritage means the world to me,” said Arnelle. “I know how hard it was for my parents to immigrate here and leave behind their lives just to give my brother and I a better shot at life. I love Canada, but Trinidad has a special place in my heart as that is where all my family is: cousins, grandparents, aunts, uncles you name it all.”

Growing up in Bowmanville, Douglas is the first Canadian born in her family.

Douglas recalled always been drawn to the beautiful game even as a child. She said her first impression of the game came when her older brother, Tavon, played with the Pickering Soccer Club.

“I was his biggest fan always cheering him on,” said Douglas. “I would even wear his big jerseys and socks, and somehow get myself intermixed with his teammates during their halftime snacks. I was not even old enough for grade school, yet I wanted to be into soccer just like him.”

Before Douglas attended Brock University and laced up for the Badgers, she came up through the Darlington Soccer Club system and competed in League1 Ontario with Darby FC.

The club’s technical director, Stuart Robertson, wasn’t surprised to learn of Douglas being named to the Trinidad & Tobago U21 squad.

“We are very proud of Arnelle and she has worked very hard to achieve her goal of representing Trinidad &Tobago,” said Robertson. “Arnelle carries herself well, is well spoken and is very athletic, but most of all is one of the most coachable players I have ever been around.”

Some of Douglas’ best attributes on the field is her tendency to get forward and start the counter attack with her pace and vision, according to Robertson.

“Arnelle is a good teammate who helps everyone better themselves whether that’s on the pitch or in the classroom,” said Robertson. “She’s always smiling and enjoys being part of the team. Her positivity is contagious and she is a joy to be around.”

Douglas’ vision and speed allowed the Badgers to switch her between defence and the midfield this season. She’s helped the Brock women’s soccer team make the OUA playoffs for two consecutive seasons since she joined the program in 2018.

She’s also part of a defence corps tasked with protecting all-star goalkeeper Marilena Spagnolo. The Badgers allowed only seven goals against in 16 matches last season, which rates as third in the OUA.

Douglas said the game of soccer has only added to her quality of life. It’s provided opportunities to travel and meet new friends, and to see the world with a different perspective.

“To me, soccer is a gateway to healthy living, yes physically, but more so mentally. Life itself is not always easy,” said Douglas. “For example, I am a 20-year-old female student still learning how to handle changes and the not so happy times, but having a healthy gateway that soccer has given me is something only a few get to experience. Finding something you love and holding it close to you as you grow and learn allows for comfort, growth and inspiration. Soccer to me is not just a sport, but it is what I call home.” 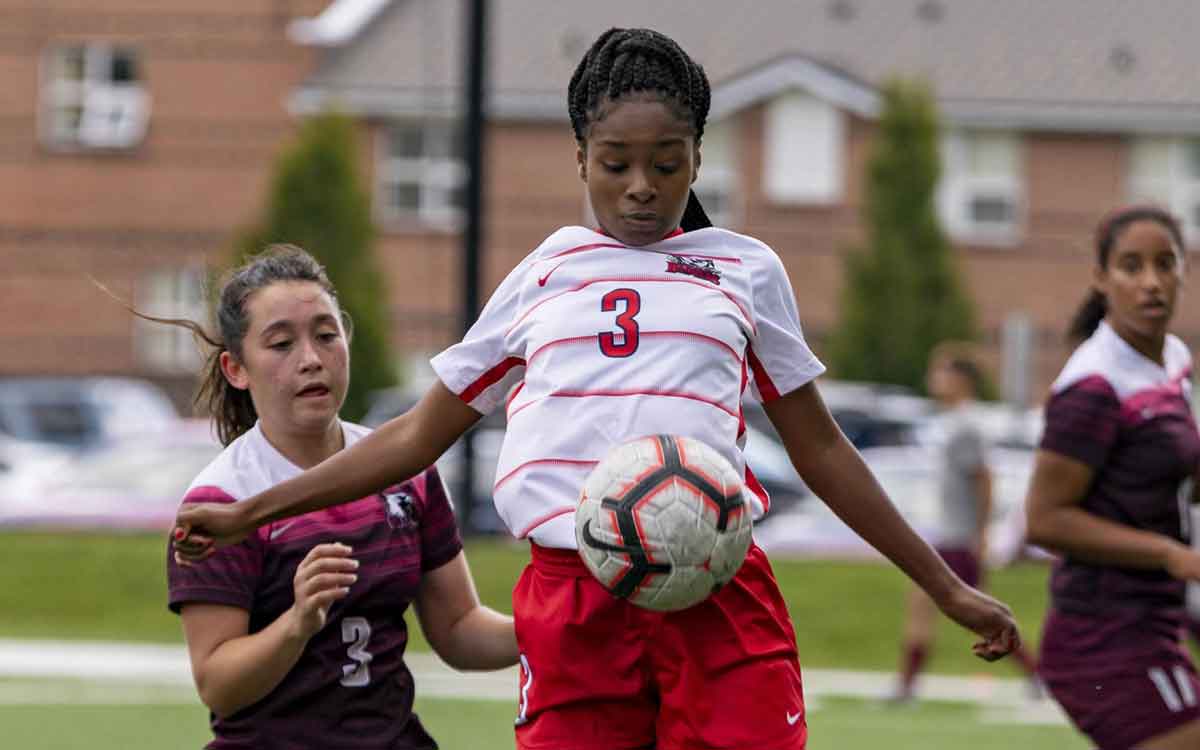